Truist — one of the nation’s largest financial institutions — has acquired Long Game, a 12-person fintech startup that has raised over $20 million in venture capital, executives told TechCrunch exclusively.

As of January, Charlotte, North Carolina-based Truist was the sixth largest bank in the U.S., with $488 billion in assets. It was formed in 2019 as a merger between BB&T and SunTrust banks.

Neither company disclosed what Truist paid for Long Game, or the company’s revenues, saying only it was “growing year over year.”

Led by co-founder and CEO Lindsay Holden, Long Game has raised more than $20 million in funding from investors such as Vestigo Ventures, Franklin Templeton, Thrive Capital and Collaborative Fund. TechCrunch covered the startup’s $6.6 million raise in 2017.

“Over half of Americans have less than $500 in savings and so a lot of people, if something unexpected happens, it can be really detrimental to their financial lives,” Holden told TechCrunch. “We wanted to approach that problem differently. And we thought a lot about behavioral economics and how people are motivated, and one of the things that we came across was a behavioral economics thing called prize-linked savings.”

Prize-linked savings, she said, is a concept of someone placing money in a savings vehicle for a chance to win money.

“It’s literally taking that lottery dynamic, where people are trying to win big and putting it towards something,” Holden added. “Instead of buying a ticket and just throwing away that cash, you’re putting it into a savings account.”

“It’s a true game, as we are really using game dynamics to drive financial literacy. Long Game uses best practices from the gaming industry to engage with users,” she said. “There’s a trivia aspect and clients get rewards for learning.”

Its main marketing channels thus far have been social media marketing and the use of game ad networks.

Fintech Roundup: Fintechs and banks are getting cozier

For Truist, the opportunity to reach a coveted — and difficult to reach — younger demographic was appealing.

Vanessa Vreeland, head of corporate Development at Truist Ventures — the bank’s venture arm — told TechCrunch that while the acquisition of Long Game was not the bank’s first fintech buy, it was perhaps the most “significant.”

“This one was one that just had a different feel to it,” she said. “It didn’t come with a balance sheet. It was our first fintech acquisition without a balance sheet.” Truist/SunTrust previously acquired online lender LightStream and Service Finance, a point-of-sale software provider.

“We view ourselves as a giant startup…and as we were looking to expand our offerings for our retail bank, we were looking for ways to not only acquire customers, but to deepen our relationship with them,” Vreeland said. “…We thought ‘what better way to really engage with our clientele and attract new clients from younger generations to Truist than by offering a really exciting gamified way to save and to engage with personal finances?’…Truist’s app will be “integrated with the Long Game experience.”

The bank plans to “relaunch” an enhanced version of the app “to make it available to over 15 million households,” she added.

Truist does have offices in San Francisco today, where it serves its wealth clients as well as its corporate and investment banking clients.

“But we haven’t focused yet on building out technology or innovation teams out on the West Coast,” Vreeland told TechCrunch. “We’re excited to put a critical mass of folks in our San Francisco office, and we will be continuing to augment Lindsay and her team with technology, product and design talent as we continue to build out Truist’s capabilities to meet the technological demands of our clients.”

Truist came to be aware of Long Game through a few different channels, according to Vreeland. For one, Long Game participated in FIS’s Fintech Accelerator Program. She also became acquainted with the company through personal networks.

For her part, Holden said she was drawn to Truist’s “intense focus” on the client, which she viewed similar to that of Long Game’s.

“We solely focus on the client experience of real financial progress — taking something that feels difficult and at times emotionally fraught and making it into something motivating, fun and even magical,” she added. “It is so great to be a part of a team who is embracing and investing in our dream to make the best consumer financial experience out there.” 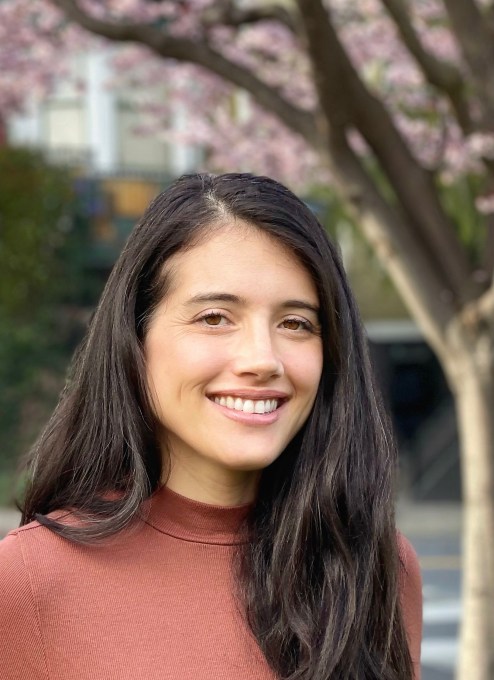 Meanwhile, the intersection between banks and fintech startups is happening more regularly, where the two are either partnering or competing or, like in this case, one is getting acquired by the other. And many banks have come to realize that it makes more sense — financially and logistically — to acquire an established fintech than attempt to build out the technology themselves.

“We are a very face-oriented organization. We spent quite a bit of time meeting with our clients, and so we know that our clients want to continue meeting with us in person but also want to work with us digitally,” Vreeland said. “We want to maintain that balance of touch through all the digital channels that we pursue and so we were very excited about Long Game’s ability to help us do that.”

As evidence of that increased digital focus, Truist earlier this year shuttered dozens of physical branches.

Vreeland said she was also drawn to the fact that Long Game was led by a female CEO.

“We were really excited to meet a female CEO — that was really important to us as we think about building a portfolio of products and services inside Truist that are really as diverse as the clients and communities that we serve,” she added.

My weekly fintech newsletter launched on May 1! Sign up here to get it in your inbox.

Long Game raises $6.6 million for a savings account that doubles as a lottery ticket