Over the past six years, Thailand’s startup ecosystem has grown by leaps and bounds. The number of startups that have been funded by venture capitalists, corporations, and angel investors during this period, for instance, has jumped from just three in 2012 to 90 in 2017.

In that same period, the number of venture capitalists and corporations that have invested in Thai startups have grown accordingly, from one to 96.

To Thailand’s National Innovation Agency (NIA), the organizer of the annual Startup Thailand event, these numbers aren’t surprising at all. In the last year alone, they have witnessed many young entrepreneurs come forward to throw their hat in the ring, particularly through their Startup Thailand league.

Besides the startups themselves, the rest of the community has been coming together nicely as well, with the introduction of new startup associations in the areas of logistics and blockchain and corporate venture capitalists, such as Beacon Venture Capital, Government Savings Bank Thailand, and Singha Ventures.

Still, despite the ever-growing influx of investor money flowing into Thailand, a representative from NIA sees that many investors “are struggling to find investible startup deals.”

Thus, as budding Thai startups continue to find their footing and grow, the NIA representative believes it is necessary to bring in more matured startups from around the world to give the local startup ecosystem a boost. 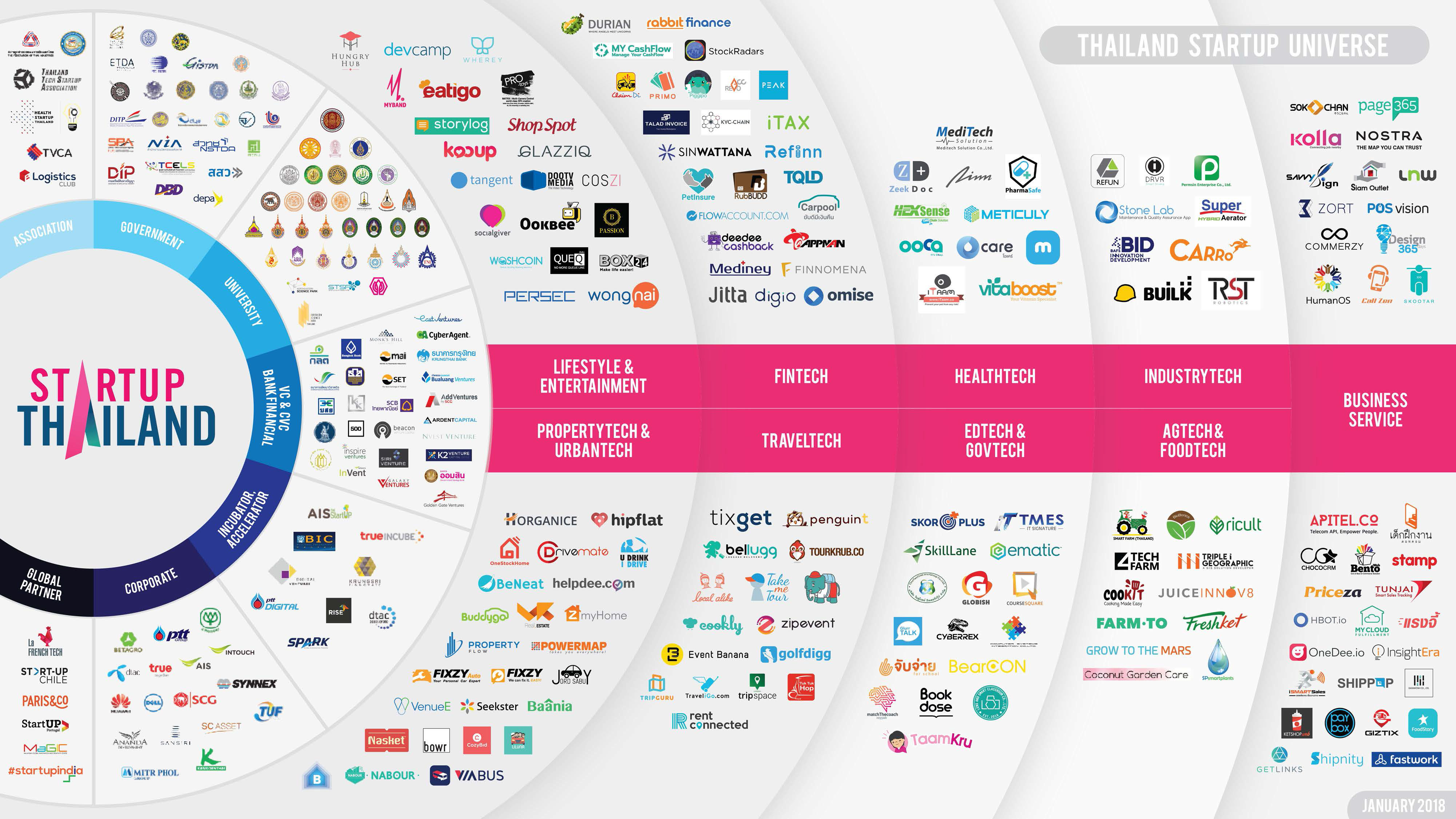 As such, the focus of Startup Thailand 2018 – which will take place in Bangkok from 17 to 20 May 2018 – is to demonstrate that Thailand is a land of opportunity for both regional and global startups alike. The theme of the conference: “Endless Opportunities.”

“We want to tap into startup ecosystems beyond Southeast Asia, and even Asia,” the NIA representative explains. “This event will not only inspire our startups to leap and aim higher, but also inform and educate attendees on current trends and movements on a global scale.”

This is certainly a fresh take on startup events in Asia, which typically focus largely on Asian startups and founders.

The event venue will be split up into five zones, allocated to pitching, startup exhibitions, workshops, hackathons, and the conference proper. Well-known speakers and prominent startups from all over the world will be in attendance. Naturally, sessions will be conducted in both English and Thai.

Over 500 speakers will be taking the stage at Startup Thailand 2018. Notable speakers include Anna Ratala, head of Slush Singapore, who will be introducing the audience to the Finnish startup ecosystem; Dr. Cyrille Schwob, head of technology for APAC at Airbus, who will reveal insights into innovations they are working on at Airbus; Roger Ver, one of the earliest investors in Bitcoin related startups; and Axel Winter, chief technology officer at Central Group, who will expound on the shift in skills required by corporates in the future.

Central Group is one of the largest retail conglomerates in Thailand. They recently formed a $500 million joint venture focusing on e-commerce and fin-tech with JD.com, the second biggest e-commerce company in China.

The four-day event features 23 stages, each representing a different industry. Of particular interest would be the stages covering health-tech, business services, and fin-tech, which the NIA representative says are trending in Thailand. Curated discussions featuring global thought leaders and change makers will take place at these stages.

The organizers are expecting over 60,000 participants at this event. Tickets are free-of-charge, but limited in quantity, so it would be best to grab them while you can.