As more companies establish an e-commerce presence, the stakes have never been higher for brands to cut through the clutter to land new customers.

Disco, formerly known as Co-op Commerce, doesn’t think the cost of acquiring costs should be so reliant on Big Tech platforms. Instead, Conner Sherline, founder and CEO, says that when independent brands come together across partnerships, data and merchandising, they have the buying power to produce results for everyone. 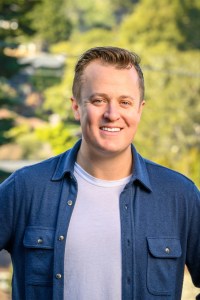 The new name was actually one that Sherline had been thinking about before the company was Co-op Commerce. The leadership team decided to change the name because the company was not a co-op, and with its focus on “discovery,” Sherline explained it fit more with helping consumers find the next thing within its network and cutting through the noise. Relating to discovery on the merchant side, it was also discovering new things about customers and other merchants.

When we talked to Sherline last August for the company’s $5.8 million round, 500 brands were part of Disco’s ecosystem that streamlines the collaboration, tracking and marketplace data that the brands can use to make better decisions around their marketing and merchandising.

This approach has now gained traction. In its first year of business, Disco saw more than $1 billion of transactions across its brand network and over 40 million shoppers as brands experienced 30% to 50% lower costs than on platforms like Facebook and Instagram, Sherline said.

The company’s first full year in business was 2021, and during that time, the company’s revenue grew 10 times, while average contract value and revenue per customer values are higher because Disco is able to reduce the acquisition costs that gobble up much of a brand’s revenue.

Disco is now working with large brands in direct-to-consumer, including The Honest Company, Parade, Lovevery, Made In, Girlfriend Collective, Faherty, Lunya, Rhone, Caraway and Milk Bar.

And, it has another round of funding, this time raising $20 million Series A funding led by Felicis Ventures. Participating in the round were Shopify, Sugar Capital, Bessemer Venture Partners, Indicator Ventures, RiverPark Ventures, Vibe Capital, Not Boring Fund and a group of DTC founders and operators. To date, Disco has raised $26 million.

The new round was preempted, but came at a good time for the company, Sherline said. A cookie-less future is inevitable, but the challenge he is seeing is that companies have not had time to react or respond, and the solution is for brands to work together to lower customer acquisition costs while also improving the targeting of customers.

“With everything happening, including iOS 15 hampering businesses to effectively do marketing and Facebook being less effective in driving acquisition costs, this is our moment to shine and bring on more people to the team to go after a larger opportunity,” he added. “Because we work with brands directly and sit on larger sets of consumer data, we are able to close that loop without cookies.”

The new capital will enable the company to grow its team. Sherline aims to go from 27 employees to 75 by the end of the year. Disco will also be testing more business-to-business marketing and getting its own marketing funnel set up to build leads.

Now armed with its new funding, Disco joins other startups, like Flip, Bloomreach and Varos, to attract funding to provide their own approaches to customer acquisition.

Niki Pezeshki, general partner at Felicis, said Disco caught his eye having been an early investor in Shopify and a dozen e-commerce brands over the years. Those investments gave Felicis firsthand insights to the struggles of user acquisition, which he said had become more expensive over the past five years.

“When we heard from Conner, we were excited about the market he was going after, the problem they were solving and that Shopify was already an investor,” Pezeshki said. “DTC is growing faster than everyone else. Shopify is a bigger marketplace, but not focused on the advertising space, or customer acquisition, which is left to social media and search engines. Disco is coming in and solving that for all of those for DTC brands.”