Amazon on Thursday announced a lawsuit against more than a dozen bad actors, including online influencers and other businesses, who attempted to evade Amazon’s anti-counterfeiting measures by promoting luxury counterfeit products on social media sites, like TikTok and Instagram, as well as on personal websites, then using Amazon seller accounts to fulfill those orders.

The suit alleges that defendants Kelly Fitzpatrick and Sabrina Kelly-Krejci conspired with sellers to run a scheme that involved posting side-by-side photos of a generic, non-branded product which could be found on Amazon, and a luxury counterfeit product. The text on the posting would read “Order this/Get this.”

The “Order this” pointed to a generic product being falsely advertised on Amazon. “Get this,” meanwhile, was referencing the luxury counterfeit products the consumer would receive instead. 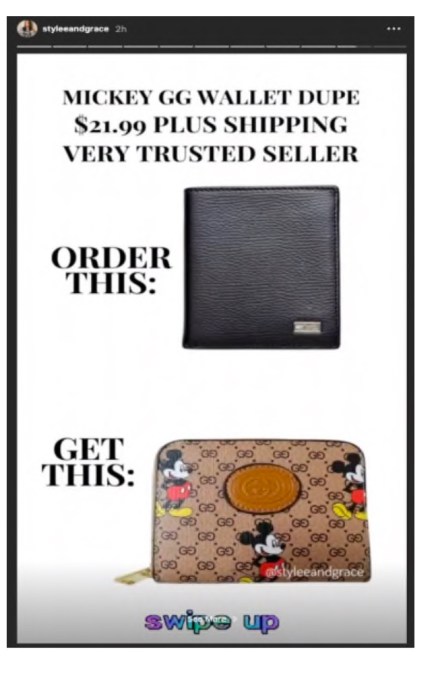 By only posting generic product photos on Amazon.com directly, the defendants and the sellers they worked with were aiming to bypass Amazon’s anti-counterfeiting measures while making claims about the counterfeit goods elsewhere across social media and the web. They also promoted the high quality of their luxury counterfeit goods using videos on Instagram, TikTok and personal websites, and sent users to Amazon and other e-commerce websites, like DHgate, to transact.

Of note in this case is the fact that Fitzpatrick had been a member of Amazon’s Influencer Program while the counterfeiting scheme was underway. From November 23, 2019 through March 6, 2020, she participated in the program under the username Kellyfitz02-20. When Amazon detected her activities, she was banned from the program and it closed her Associates account.

She then attempted to open new Associate accounts and continued to advertise the counterfeit items on social media, where she directed her followers to her own website for purchases, as well as to other e-commerce sites.

Instagram had shut down Fitzpatrick’s prior accounts, but she would create new ones when that occurred.

Though Fitzpatrick made her current Instagram account private, her website is still online where it shows her promoting the so-called “hidden links” on Amazon where consumers could buy the counterfeits. Similarly, Kelly-Krejci used her website to direct users to “hidden links” on Amazon where they could buy counterfeit products, saying in one video, she “know[s] some people feel weird ordering from hidden links but in this case you will get something fabulous.” 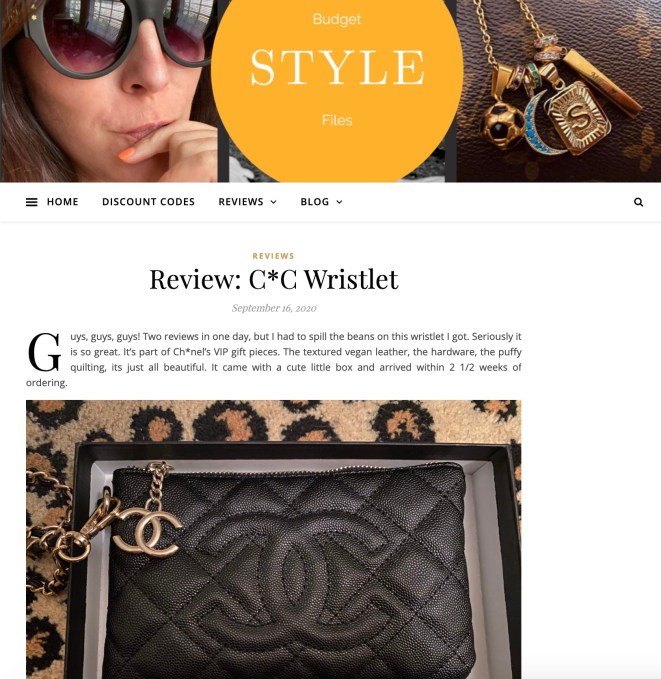 The lawsuit alleges the defendants ran their schemes from around November 2019 through the filing of the complaint.

Investigators working on Amazon’s behalf were able to confirm the scheme by placing orders through the links and receiving the advertised counterfeit goods. The court filing shows several examples of these items, which included wallets, purses, belts and sunglasses, which were designer dupes of brands like Gucci and Dior.

Among the other defendants in the case are businesses and sellers in China that helped source the dupes. In some cases, the sellers took steps to hide their identities and whereabouts from Amazon by using fake names and contact information and unregistered businesses, Amazon says.

Amazon has been working over the past several years to take a harder stance on counterfeiting, having acknowledged the practice harms consumer trust in its online store. In 2017, it launched the Amazon Brand Registry, which gives a rights owner tools to proactively locate and report infringing items. The following year, it launch a product serialization service, Transparency, that helps to eliminate counterfeits for enrolled products.

The retailer has increasingly engaged in lawsuits against counterfeiters as well, to dissuade others from participating in counterfeiting schemes.

The current lawsuit asks the court to ensure the defendants are barred from ever advertising, promoting and selling on Amazon, opening Amazon Vendor, Selling and Associate accounts, aiding or abetting counterfeiters, and pay damages, attorneys’ fees and other relief.