CRV, formerly known as Charles River Ventures, has hired Anna Khan as its 10th general partner. Khan joins from Bessemer Venture Partners where she’s served as a vice president since 2016.

CRV invests across industries, with a portfolio that includes Bird and Airtable, among others. The venture capital firm is currently investing out of its 17th fund, a $600 million vehicle that closed in 2018.

Founded in 1970, CRV is amongst the older VC firms. While Khan isn’t the firm’s first female GP — Annie Kadavy, now a general partner at Redpoint Ventures, joined CRV as a GP in 2012 — she will be the firm’s only current female GP.

Despite an increasing number of firms tapping female talent, less than 10% of “decision-makers” at U.S. venture capital firms are female, according to Axios. Female founders, meanwhile, attract just over 2% of venture capital dollars. 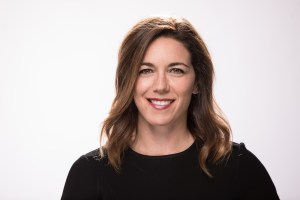 “As is often the case, we were introduced to both [Khan and Spohn] through friends of CRV, and from our earliest conversations knew they would add tremendously to the firm,” CRV general partner Murat Bicer said in a statement. “Kristin brings an impressive depth of knowledge in healthcare and a charisma that speaks to early entrepreneurs and seasoned executives alike, while Anna has an immense understanding of the SaaS world and an energy that has seen her accomplish so much in a relatively short period of time.”

Khan, an investor in ScaleFactor, NewVoiceMedia and Intercom, previously founded Launch X, an accelerator that helps female entrepreneurs learn how to raise capital for their businesses.