Google finally released its personal note-taking app Keep today, after it “accidentally” saw the light of day last week. The product is as expected, a place to save notes, lists or photos on the fly, for safe…keeping.

One of the things that jumped out at me after giving it a quick try is that you can switch to a layout that’s very similar to Pinterest, another app that wants you to hoard a bunch of things. The only difference between Keep and Pinterest is that Pinterest is social. While Pinterest isn’t the only social bookmarking site in the world, it’s the one that has the most consumer appeal. That can’t be lost on Google.

Social is something Google could turn on with a flick of the wrist, thanks to the plumbing it has built with Google+. Imagine being able to bookmark and share things you find on the web, specifically things you find within Google searches, then throw them on a “board” and share them with all of your friends. Sounds like Pinterest.

Most of the chatter about Keep is that it’s a threat to Evernote, which it is in a way, but I think that Keep could be the groundwork for something much larger. 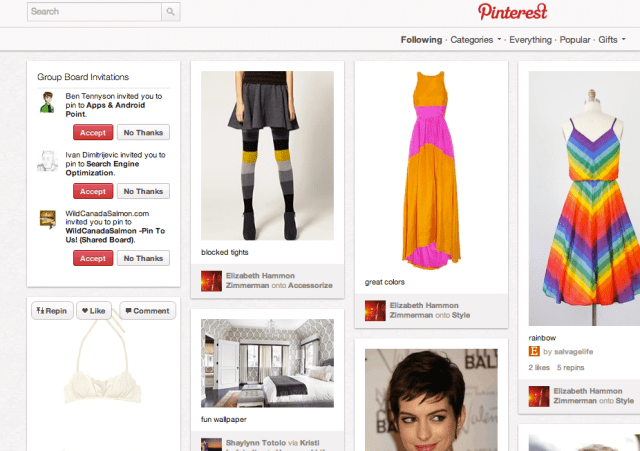 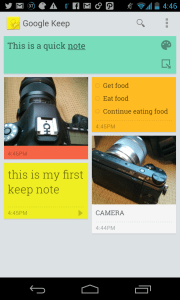 Sure, the items that you can “keep” are limited to photos, notes and lists right now, but whenever you spend time pumping content into any service, users are going to get the itch to share them, even with a family member or close friend. That’s what’s lacking from Keep, other than being stable, right now. It’s not a stretch to invision all of Google’s social backbone being woven into Keep, much like it has in Drive and YouTube.

The social guts that make up Google+ are very applicable to a bookmarking and note-taking service like Keep. If you are to assume that Google is only launching things it has a grander plan for, something that has become very apparent during Larry Page’s reign as CEO, then it’s safe to say that the service won’t stay this vanilla. Another thought that comes to mind is that Google Reader just wasn’t the service for the masses, as far as collecting things. Perhaps we could see some of the Reader functionality in Keep one day.

Of course, it’s early days and Google isn’t keen to speak about Keep just yet, other than what it posted on its blog today, but this is a space to watch for many reasons. There’s always more than meets the eye with Google.