BlueOcean is a new startup offering companies a relatively fast and affordable way to see how their brands are performing and what they can do to improve.

CEO Grant McDougall and COO/President Liza Nebel (the pair founded BlueOcean with Chief Data Scientist Matthew Gross) told me they’ve been developing the technology for two years. And although the startup is only officially launching now, it has already worked with prominent brands like Microsoft, Panda Express and Pabst Blue Ribbon.

BlueOcean is focused specifically on the world of brand audits, which are basically detailed analyses of the aspects of a brand that are and aren’t working — and according to Nebel (whose experience includes working on brand and digital strategy at Ogilvy), a single audit can cost brands millions of dollars, often resulting in reports “that aren’t even actionable.”

With BlueOcean, on the other hand, a brand provides only two things — their website and a list of their competitors. Then they get their brand audit one week later, for just $17,000, including recommendations for how to improve.

To do this, the company says it’s applying an “automation-first approach.” McDougall said BlueOcean is pulling from hundreds of different data sources, which will vary from industry to industry, and applying algorithms to understand things like, “What’s the right taxonomy? How do we acquire that data?” 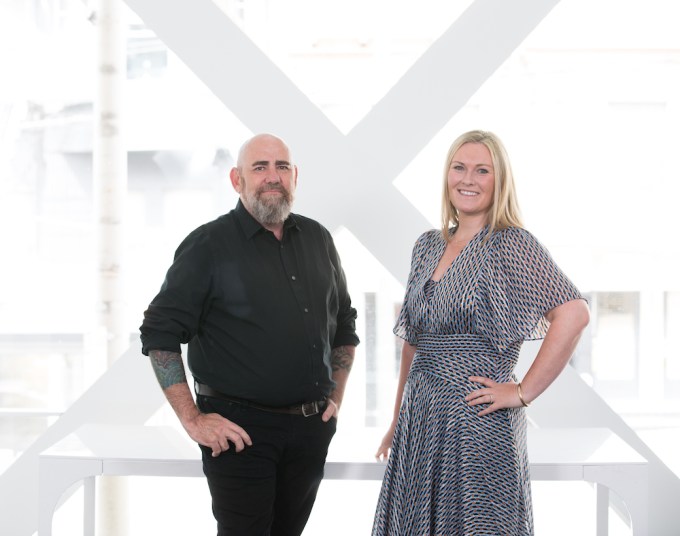 He added, “Strategically, we tend to move up in the organization,” giving both marketing teams and C-level executives the advice they need.

For example, Nebel said that one of BlueOcean’s clients include a large alcohol holding company, which recently launched a line of hard seltzer under an existing alcohol brand. The startup’s brand audit recommended that the company (which Nebel declined to identify) launch a separate hard seltzer brand instead — and now, the company will be launching three different brands.

Nebel also walked me through what she called the “five-minute version” of a brand audit for TechCrunch, which looked at our performance in terms of potential customers, positioning, messaging, offerings and existing customers. Ultimately, BlueOcean gave us a “moderate” score of 97 (but hey, we scored well on being “memorable” and “inspiring”) and recommended steps like publishing a more “steady drumbeat” of content on social media and improving our app experience.

“BlueOcean has become a great addition to further enable us to sharpen our ability to monitor, understand and act through the lens of brand across all of our commercial offerings,” said Microsoft’s director of brand strategy Tim Hoppin in a statement. “We’re excited to work with BlueOcean and use their tools and expertise to strengthen our relationship with the millions of global customers we connect with daily.”

Startup branding: how much does it really cost?