Opening up the Oculus Connect 5 keynote with some announcements, Facebook CEO Mark Zuckerberg announced that its newest headset, called Oculus Quest, will be released in the spring of 2019 for $399.

The standalone VR device will be the first wireless Oculus hardware to sport positional tracking, both for the headset itself and the dual hand controllers. The headset will ship with 50-plus games made specifically for the device at launch.

The headset will retail for $399 and while the company’s flagship Oculus Rift headset is also $399, you need to tether to a fairly beefy gaming computer for that experience while the Oculus Quest has everything you need baked into it, including the compute and battery components. The device will a premium standalone option following the release of the $199 Oculus Go earlier this year, which ran on a last-gen mobile chipset and lacks the ability to freely move through space while being tracked.

The device is able to track your location without external sensors thanks to four wide-angle cameras on the front of the device. The controllers may have a bit of a different look than what ships with the Rift, but they both have the same button mapping meaning that it’s going to be easier for developers to convert existing PC games for the headset, assuming they reduce the complexity quite a bit for a mobile chipset. 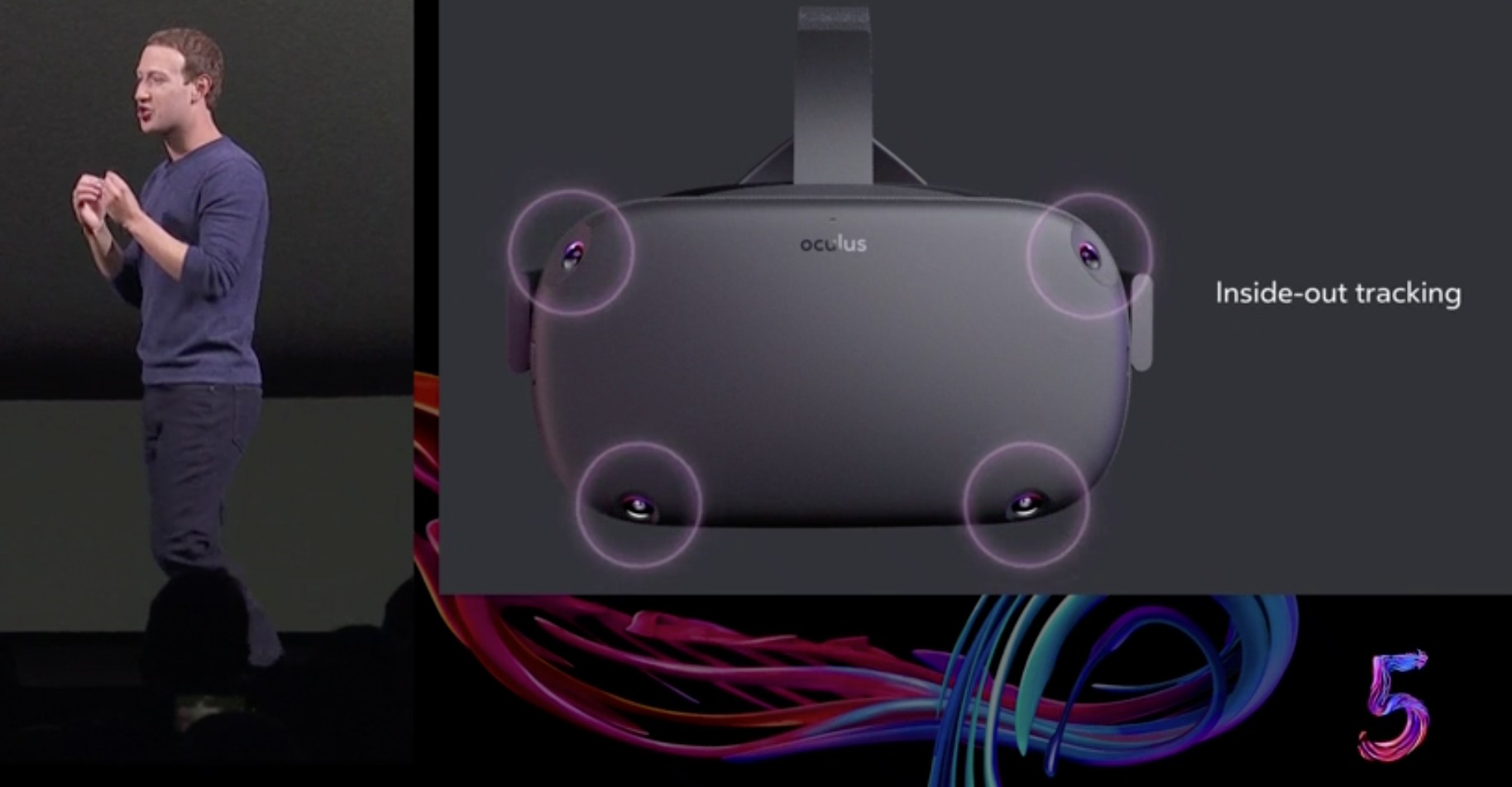 Oculus first showcased what was then called “Santa Cruz” at its developer conference two years ago. At the time, the feature prototype was all about the positionally-tracked standalone headset, but in time the company also added tracked controllers into the mix to bring an experience more comparable to the Rift.

Developers have had the last few months to play with the platform which is a bit of an in-between platform for Oculus balancing some of the gameplay capabilities of the Rift with the simplicity of the Oculus Go.