Evidently, the downturn hasn’t soured investors on the travel industry. Travel booking startup Hopper today announced that it closed a $96 million follow-on investment from Capital One, bringing the company’s total raised to $740 million. The fresh cash will be put toward several efforts, CEO and co-founder Frederic Lalonde said in a press release, including supporting Hopper’s new social commerce initiatives.

As a part of the funding, Hopper says it’s extending its partnership with Capital One (which led Hopper’s Series F) to create new travel products aimed at Capital One customers. Hopper’s tech already powers Capital One Travel and Premier Collection, Capital One’s marketplace of hotels and resorts exclusive to Capital One Venture X cardholders. It’s a safe bet that similar experiences along that vein are forthcoming.

“With Hopper, we have found a partner who can not only match that pace, but help us continue to challenge the status quo and take a differentiated approach to building a world-class travel brand,” Capital One managing VP Matt Knise said in statement. “Through this strategic partnership, we’re well-positioned to adapt to a rapidly changing travel environment and create industry-leading solutions for our customers along their travel journey.”

Founded by Frederic Lalonde and Joost Ouwerkerk in 2007, Hopper spent six years in stealth building what it claimed at the time was the “world’s largest structured database of travel information.” The company’s web-crawling tech ingested blogs, photo-sharing sites and other sources of information about locales and tagged them to a geolocation in a massive place database. But after Hopper’s public debut in 2014, the company’s leadership decided to pivot to mobile and devote engineering resources to flight prediction, building a tool that continuously monitors airline prices and sends price change alerts via push notification. 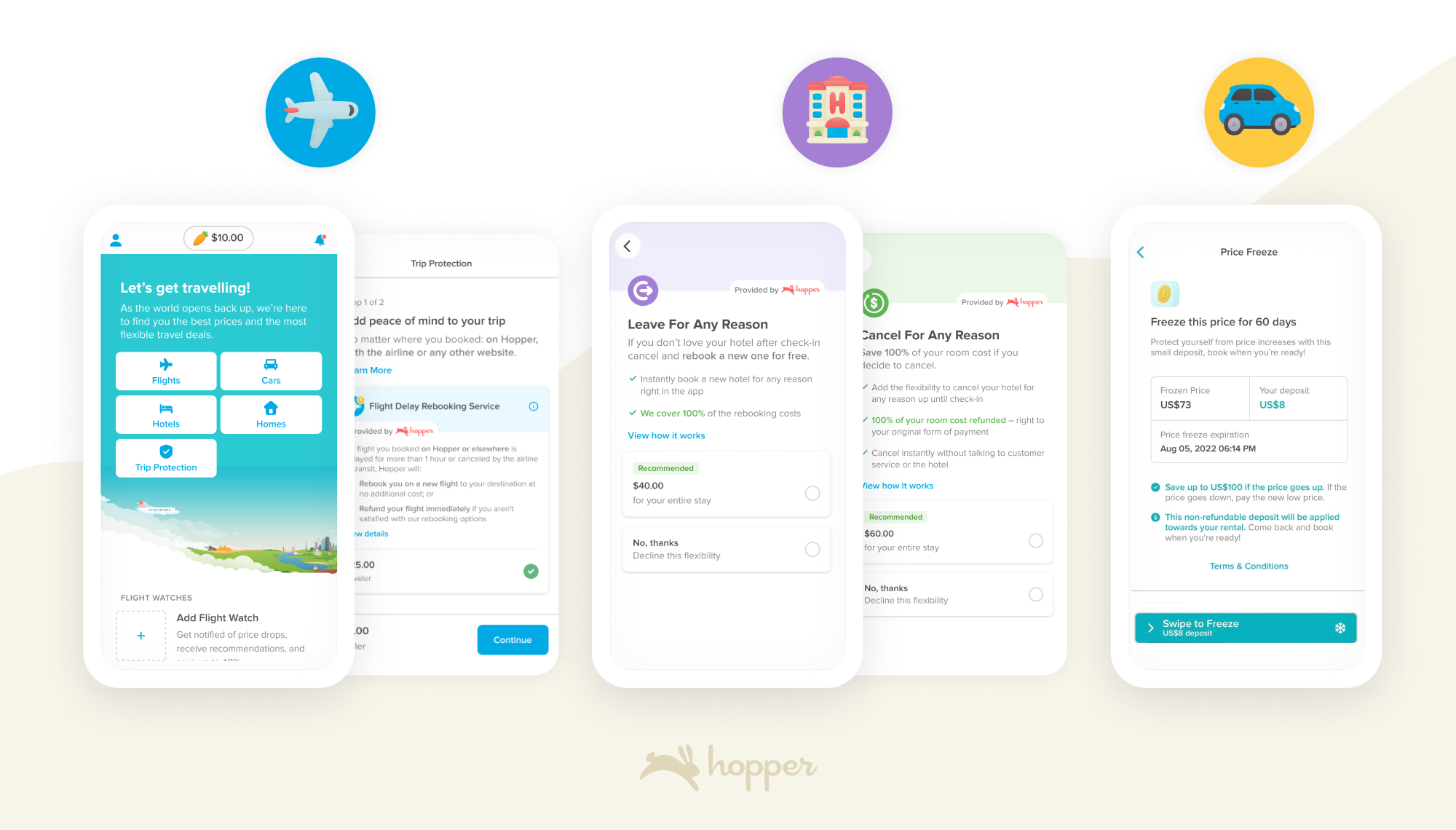 Since then, Hopper has evolved into one of the largest travel apps in North America, with more than 80 million downloads and sales of flights, hotels, homes and rental cars on the platform set to exceed $4.5 billion this year. Hopper differentiates itself from rival travel services (e.g. Travelocity) with features such as airfare price freezes, “cancel for any reason” and flight disruption guarantees, the former of which the company says represents about 40% of its total app revenue.

Last year, Hopper ventured into the business-to-business market with the launch of Hopper Cloud, a partnership program that allows travel providers including Kayak, Marriott and Trip.com to resell Hopper’s fintech and travel agency products through a white-label portal. Hopper claims that Cloud has seen a rapid uptake, now comprising more than 40% of Hopper’s business; Lalonde claims that Hopper Cloud is on track to make more in 2022 than all of Hopper did last year.

On the consumer side, this spring, Hopper shifted its focus to in-app promotions, discounts and sales events. Social commerce is the company’s next big push, anchored by features like referrals, share-to-earn, team buying and daily gift, which rewards users with discounts on travel purchases for launching the app and engaging in sharing with friends.

“International users comprised less than 3% of sales last year but now comprise over 20% of sales,” Hopper president Dakota Smith noted to TechCrunch in an email, attributing the growth partly to the company’s renewed social focus. “The app is quickly internationalizing.”

Hopper was last valued at $5 billion, TechCrunch reported in early February; a source familiar with the matter says it’s increased since then. The 1,500-employee-strong company — which has an estimated 11.2% of the third-party air travel market in the U.S. — plans to eventually go public.