Last week, TechCrunch first spotted the long-rumored “Switch to Android” app for iOS users had been quietly published on the App Store. The app helps users migrate important content — like contacts, calendars, photos and videos — from an iPhone to a new Android device. But while the app was technically live, it wasn’t yet “officially” available to App Store users via search or discovery mechanisms. Now, that’s changing, Google says.

On Monday evening around 6 PM PT, the Switch to Android app began to roll out to the public, Google tells us. The company says it expects this process to reach 10% of users by the end of the day on Tuesday, April 19, and 100% of users over the next couple of weeks.

As reported, the app supports all the same data types as does Google Drive. Before, Google’s suggested process for moving to Android from iPhone involved having users back up their contacts, calendar, photos and videos via the Google Drive iOS app before changing devices. The new Switch to Android app does the same thing, but offers a “faster, more streamlined” experience, Google says. 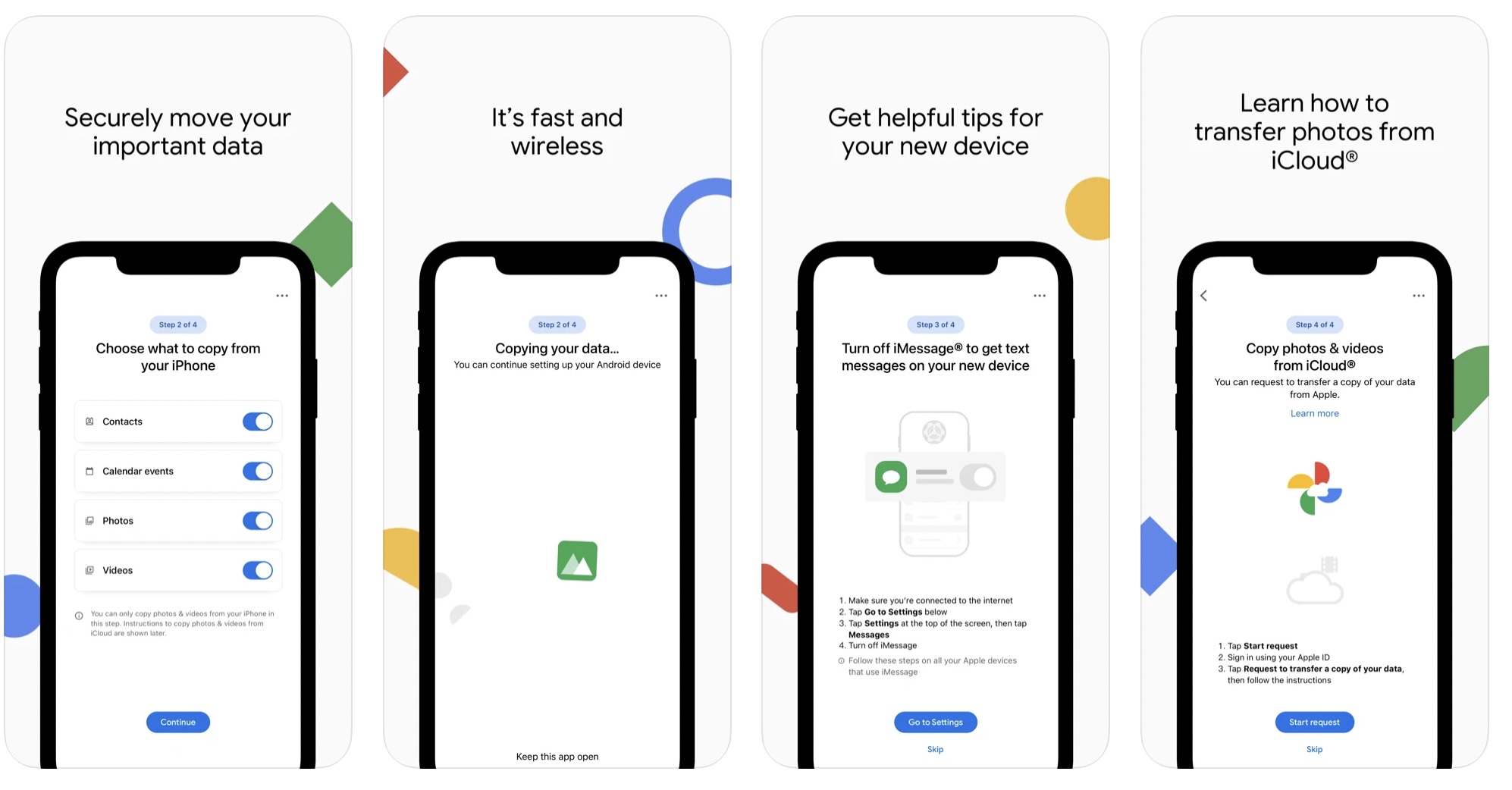 Google additionally offers a way to physically connect devices in order to move more content, including music, audio, wallpapers, alarms, call logs, device settings and free apps. But the new app’s App Store description explains it can be used instead of “fussy cables” to make the transfers.

In addition to moving data, the new Switch to Android app offers other instructions about the transfer process — like how to deregister iMessage in order to continue getting texts on the new Android device.

Google says it plans to add support for more data types to the app over the next several months.

Transferring data from an iPhone via the new app will initially support Google Pixel devices as the destination device, but will add support for other OEMs at a later date.

The launch follows other efforts by Google to make it easier for users to transfer their content to its own platform and services through backend developments. This includes the recent update to the Google Photos app that offered a way for mobile device owners to copy over photos from rival cloud storage services, including iCloud, Facebook and others.