Disney+ has arrived in India weeks ahead of its scheduled launch date. The American giant revamped the Hotstar app and populated the on-demand video streaming service with Disney+ original catalog on Wednesday morning (local time).

The service, bundled with Disney+, is currently available at no additional charge to existing Hotstar subscribers — who pay Rs 999 ($14) for a year — though the premium tier carries a new yearly sticker price of Rs 3,588 ($48). (Worth pointing out that earlier the premium tier had a sticker price of about Rs 2,500, though Hotstar has been discounting it at Rs 999. The company has not officially revealed revised pricing yet.)

Updated at 7.38PM IST: A Hotstar spokesperson told TechCrunch that the firm is testing Disney+ in India ahead of the launch.

“A limited release of the beta version of the Disney+ Hotstar app is currently being tested with a small number of consumers, in preparation for the full-fledged app launch on 29th March,” the spokesperson said.

In addition to everything Hotstar previously offered — about 4,000 titles — the “Disney+ Hotstar” adds more than a dozen original titles from Disney, including “Diary of a Future President,” “Disney Family Sundays,” “Disney’s Fairy Tale Weddings,” “Encore,” “High School Musical,” “The Mandalorian,” and “The World According to Jeff Goldblum.”

TechCrunch first reported about Disney’s plan to launch Disney+ launch in India. Disney former chief executive Bob Iger said early last month that the company will expand Hotstar to Southeast Asia and launch Disney+ in the region through it. 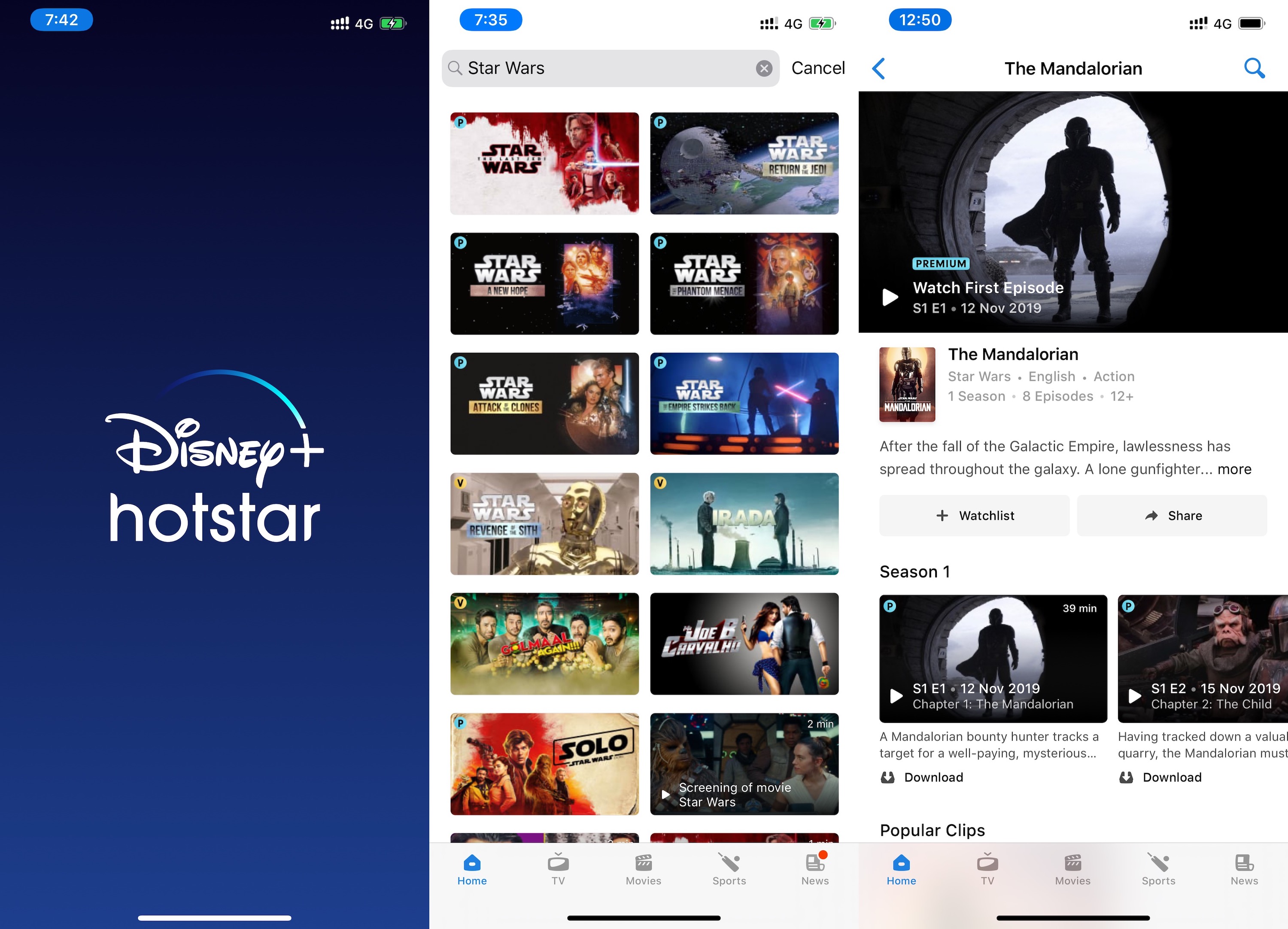 Some users have pointed out that the in-app player is not able to stream some titles seamlessly. And that the titles are available in full-HD (1080P), instead of their native 4K (UHD) resolution. Hotstar in India has yet to add support for 4K.

The early rollout of Disney+Hotstar comes at a rough time for Disney that has received criticism for censoring John Oliver’s “Last Week Tonight” show.

The streaming service, which is the exclusive streaming syndicating partner for HBO, Showtime, and ABC in India, blocked a recent episode of “Last Week Tonight” that was critical of India’s ruling party and its leader, Narendra Modi.

In the most recent episode of the show, Oliver called out Hotstar for censoring his show and said the streaming service had also edited out a few jokes about Disney from some of his recent episodes. The company has yet to comment on the censorship issue.

That aside, India is going to be a key overseas market for Disney+ and one where it already has a perceived lead over rivals Netflix, Apple TV+, Amazon Prime Video and dozens of other services — all of which have lowered their price to win customers in India.

Hotstar has cashed in on the popularity of cricket in the country that has boosted its usage and relevance in the country. Star India has secured broadcasting and streaming rights to most cricket tournaments. In an interview in 2018, James Murdoch, then chief executive of Fox, said, “It’s tough for anyone else in India. They want cricket, but we have left nothing for them.”

Tussle for some of those rights continues.