Brud, the actual company behind one of Instagram’s most popular virtual influencers (it’s a thing), has raised millions of dollars from Silicon Valley investors because this is 2018 and everything is awful.

Last week, the Los Angeles-based startup led by Trevor McFedries, outed itself as the collective consciousness behind the virtual celebrity Lil Miquela and her less well known contemporaries Blawko22 and BermudaisBae in a choreographed melodrama worthy of Los Angeles’ best reality television.

i am deeply invested in the drama surrounding lil miquela and now you all have to be too. sorry!!! https://t.co/ta1T4rDFGz

The subject of numerous glowing profiles in online and print fashion and lifestyle magazines (including, most recently, in High Snobiety), Lil Miquela’s stardom (and her fellow avatars) fascinated because the characters’ creators coyly toed the line around “her” self-awareness and their own. In the process, they created a sensation that’s become well-known worldwide.

It’s less well-known that the company is backed by some of the biggest names in venture capital investment — firms like Sequoia Capital. Our sources put the company’s funding somewhere around $6 million in its recent funding round.

There are other notable investors from Silicon Valley and New York rumored to be in the round — like New York’s BoxGroup and the Bay Area’s SV Angel. Sequoia declined to comment for this article and Box Group’s David Tisch did not respond to a request for comment.

All of the virtual drama with Miquela started late last week when news outlets (including TechCrunch) reported that Miquela’s Instagram account (or that of her handlers) was hacked by operators of a social media account belonging to another virtual personality known as “Bermudaisbae” (a more right wing social media persona with fewer followers).

McFedries, brud‘s founder and chief executive, confirmed that the Miquela account had been hacked in a text exchange with me, writing, “some redditor idiots hacked the page we think.”

That was a lie.

The account “hack” was architected by brud as part of an ongoing virtual reality drama playing out on Instagram and other social media platforms between avatars it had developed, all designed to attract media attention, according to people with knowledge of brud and its plans. It worked.

McFedries has not responded to further requests for comment after confirming that the Miquela account was “good”.

One Los Angeles investor familiar with the company said brud was “using conflict to introduce new characters… same as the Kardashians always have.”

The investor added that two years into the development of the Miquela persona, brud‘s founders knew that the fad could lose some of its luster as the is-she-or-Isn’t-she-real tension dissipates under the weight of continuously thwarted expectations — like a post-modern twist on the will-or-won’t-they dramatic tension defining most sitcoms since Cheers.

“People aren’t going to buy that she’s human so they make it seem as if she’s had an existential crisis and now she is the first in a breed of conscious AR characters that they will build a world around,” this investor wrote. “[Manufacturing] social influence.” 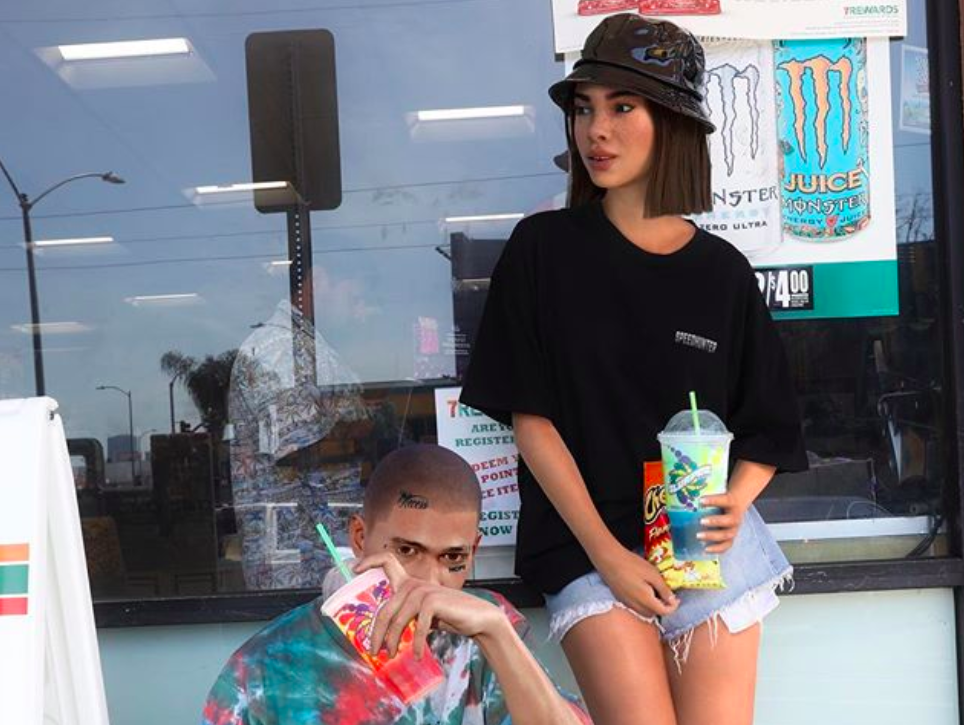 For his part, the 33-yar-old McFedries had been manufacturing social influence in Los Angeles through his talents as a dj, producer and director before entering the startup world.

First under the name of DJ Skeet Skeet and then as DJ Skeeter, and, finally, Yung Skeeter, McFedries has worked or performed with a number of the world’s best selling recording artists including Chris Brown, Ke$ha, and Katy Perry (and — interestingly — more obscure acts like Bonde do Role).

Working as an an “artist advocate” for Spotify, a DJ for a radio show on iHeartRadio, and as a spokesman for VitaminWater sustained McFedries along with managing the career of BANKS and executive producing her first album and a single on Azealia Banks’ 2014 record “Broke with Expensive Taste” — at least according to a Wikipedia page on Yung Skeeter.

Around this time McFedries also began investing in companies, according to AngelList.

Roughly two years after the Banks record release, Lil Miquela made her first appearance on Instagram. And the rest is history as written in Internet archives and memes. Ephemeral, but infinite.

The project that brud seems to be pursuing — turning celebrity into a virtual commodity; commenting on the unreality of the “real” entertainment industry by literally creating an unreal celebrity — is fascinating.

There’s certainly a valid criticism to be made about the ways in which celebrity operates, the ways in which our “social” media has corroded society, and the unbridled power of these platforms to transform messengers and their messages into movements.

Perhaps brud wants to make these critiques through its very existence — or at least use its low-brow as high-brow (or is it vice versa?) intellectual appeal as a veneer over the more crass (but potentially honest) mission of selling more shit more effectively through the use of spokespeople whose views only change when their creators want them to (it worked for Hollywood’s star system). That at least gets sponsors and advertisers out of the potentially messy situations that can come from working with spokespeople whose actions can’t be controlled by software — or an ingenious marketing team.

In the High Snobiety profile-as-honors-senior-English-thesis on Lil Miquela published yesterday, the avatar’s own spokesperson was quoted as saying:

“The internet is endlessly powerful, and that power has been wielded in many ways. It feels like we’re not going to put the genie back in the bottle, so we’ve got to learn how to leverage these tools in positive ways. I’ve used my platform to raise real money for important organizations throughout LA and I’ve seen lives changed as a result. I think the only chance we’ve got is to collectively teach our loved ones how to think critically and how to spot misinformation. I know that we can manifest the change we want to see, and the internet can be a part of that.”

It’s a lofty goal backed by a number of inarguably good works. However, lying to reporters may not be the best way to continue trying to achieve it.