If it’s tough to find even five minutes of quiet in your busy day, Oak could be the meditation app for you. Launched today by Digg founder and True Ventures partner Kevin Rose, the free Oak app offers quick and simple breathing exercises as well as longer guided and DIY meditations. While apps like Headspace, Simple Habit and Calm focus on selling a wide array of themed meditations, Oak’s minimalist approach delivers tranquility. Isn’t that the point, after all?

“Some people just don’t have time some days to do the meditations,” Rose tells me. “But I always find the time, maybe in the back of an Uber, to crank out a breathing exercise.” 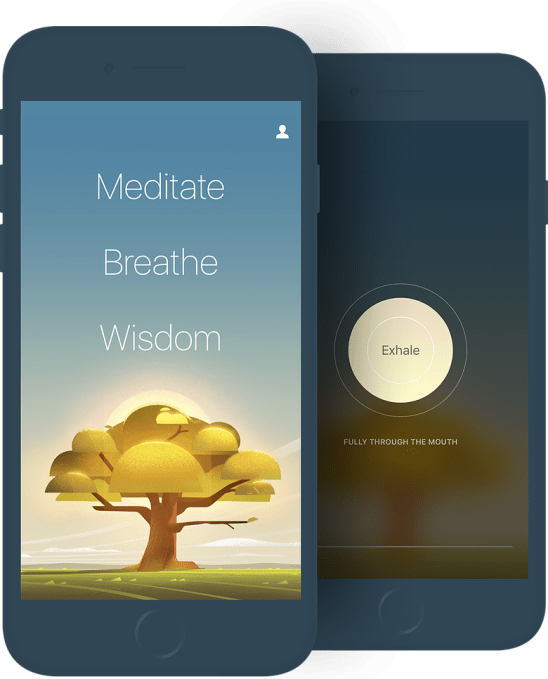 Rose could probably use some peace after a tumultuous few years. Rose sold Digg to Betaworks back in 2012, then started and sold to GV (Google Ventures) an app studio called Milk. He launched another app maker called North, and, after shutting down its thumbnail photo-sharing app Tiny, built a wristwatch enthusiasts app called Watchville. That ended up merging with top watch blog Hodinkee, where Rose became the CEO in 2015.

Rose eventually left to build an app for fasting called Zero, which has now assisted with 1.8 million fasts, then moved back to California to join True Ventures as an investment partner. But he wanted to stay close to his roots in building products. Now all his passions are coming together in Oak: Digg for occupying attention, app studios that require clarity of vision, the calm precision of wristwatches and the health opportunities of dieting.

“It all comes down to the way I was feeling a few years ago when Digg kinda blew up. I had a lot of anxiety. I just felt as though I’d been running so hard in the startup environment for so long that my brain needed a reset,” Rose says. “I wasn’t finding the time to be here, I was always in my head, not really finding time for myself and finding that proper balance. That’s when I started to get into meditation.” 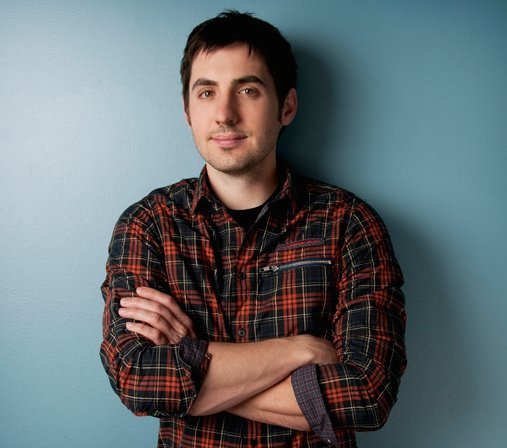 Oak makes it easy to dive into the world of mindfulness. Its intro video explains the benefits of clearing your mind, and how to gently pull yourself back from distractions so you can concentrate on your breath. Then rather than having to pay upfront or choose between dozens of different meditation themes, you just pick a background soundscape and start listening. I found the female instructor’s voice to be one of the more soothing across the range of meditation apps out there.

The goal of Oak isn’t to get you addicted to premium guided meditations, but instead teach you to guide yourself and eventually use it as a timer rather than a drill sergeant. “There are great meditation apps out there that charge for their content and I just don’t want to go down that same path,” says Rose.

“I’m committed to spending the money myself. And if it turns into something massive that needs more support, we might monetize” in a more pay-what-you want style rather than with standard subscriptions or in-app purchases. One other option Rose fancies is working with the APIs of wearables like the Oura ring to bring automated breath tracking into the app, which Oak could potentially charge for. 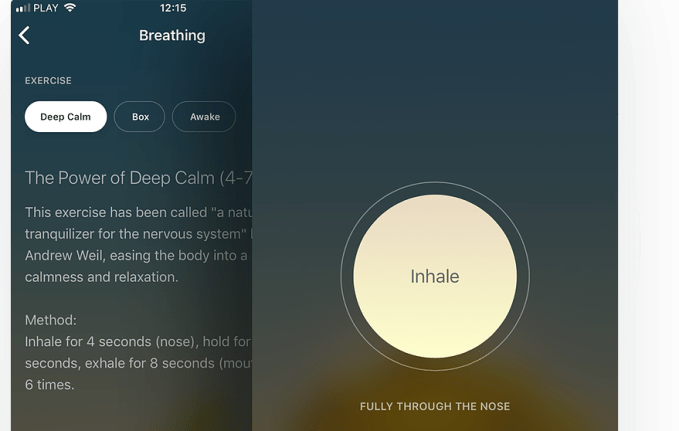 Freed from pushing you to pay for content, Oak lets you jump into its short-form breathing exercises that include visual cues. You can breathe in for 4 seconds, hold for 7 and exhale for 8 to reach deep calm; use a 4-4-4-4 method for heightened performance like Navy Seals; or try a lively 6-2 to wake yourself up. I found these exercises much more approachable than immediately trying to sit still for 10 minutes.

Rose hasn’t always stuck by the apps he’s built, and that’s why he launched Oak today with little fanfare beyond a Medium post. But he was willing to talk because he’s passionate about building a “geeky” app that pulls people stuck on their phones and computers into the world of meditation. As the notifications and messages overrun our lives, we need meditation to morph from a luxury into something anyone can experience.