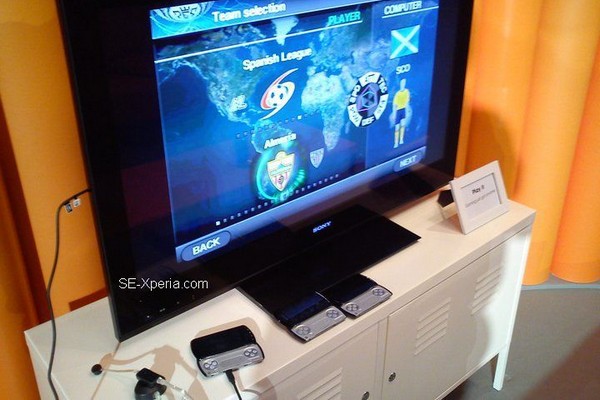 A mystery has surfaced with regards to the Sony Ericsson Xperia Play smartphone, in that one black-sheep unit apparently has support for HDMI out. Since its release, gamers have grumbled over the fact that the handheld multi-purpose gaming device can’t play games over HDMI, in cases when the Play’s rather small screen just won’t cut it.

Many had hoped that Sony Ericsson would release an adapter converting micro-USB to HDMI somewhere along the line, but that has yet to make an appearance. In the above photo, the cord connected to the HD TV hooks straight into the left side of the smartphone. On current retail handsets, the aforementioned HDMI port is simply non-existent.

It’s totally possible that this could be a developer unit with extra ports, but Engadget claims to have sifted through a good chunk of developer whitepapers this morning and came up with no answers. If dreams come true, this is a revised version of the hardware that we’ll see sometime in the future.