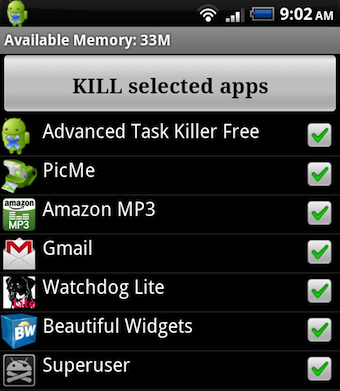 Lifehacker has a great primer on killing bad Android apps and uninstalling them before they cause damage. While it may feel great to kill apps and see your phone work faster, in reality you could be doing more harm than good.

Worse than the occasional, one-time runaway app is the poorly coded, always-eating-CPU app. If you find (with Watchdog or through some other method) that a particular app seems to drain CPU and battery life whenever it’s running, confirm your suspicions by uninstalling it and seeing what happens. If an app is causing problems on your phone, you’re probably better off without it.

In fact, most performance problems come from these so-called “bad apps” instead of actual program activity. Most programs play nicely with each other and performance issues are actually crashes and snaps caused by currently running apps. Be careful out there, kids!