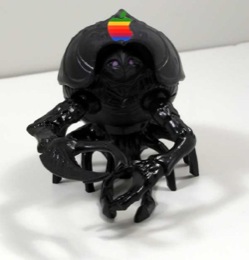 Some analysts have said the obvious and informed the world that the iPhone won’t be on one carrier for much longer. Why? Because Apple will ravage AT&T until it is a dark husk fill with bile and sputum, take as many customers wishing to use GSM and AT&T coverage as possible, and then move on like the chitinous, swart beasts from The Dark Crystal. And that’s the upside.

Richard Gardner of Citigroup say that Verizon is the most “obvious addition” to AT&T’s stable and that Apple knows it needs to leave the AT&T ghetto in order to maintain growth. They also say that T-Mobile could get the phone! And Sprint!

What do we say? There will be a CDMA iPhone, probably on Verizon. There will be a cheaper unlocked iPhone coming down the pike for those wishing relative freedom. Also, I want to work as an analyst, because they get to make stuff up out of whole cloth and call it “research.” When we do it, we call it blogging.