With Senate hearings and leaked documents galore, teen mental health on social media is a hot topic right now. But Gen Z founders Georgia Messinger and Ari Sokolov have been trying to create healthier online spaces since they were in high school, when they started the anonymous virtual support app Trill.

“People ask us sometimes, ‘How did you guys decide you wanted to be entrepreneurs while being students?'” Messinger, now a Harvard undergraduate, told TechCrunch. “It was never that we set out to start a business, per se, it’s just that when we were seniors in high school, we set out to just solve a problem for our friend. One of our friends was bisexual and was really struggling with coming out, and we wanted to create an antidote to traditional social networks, which later has been coined ’emotional media,’ and it was just a passion project that grew bigger than we ever imagined.”

Trill has amassed over 100,000 downloads through organic marketing alone, facilitating anonymous support groups around identity, mental health and relationships. With about $100,000 in seed funding from sources like the Founders Bootcamp and Target Incubator programs, the app grew a team of 30 part-time staff (mostly high school and college students), as well as over 100 volunteer moderators. But the college student founders started to look into opportunities to be acquired during the summer of 2019.

“We wanted to be able to keep ourselves open to explore other interests, enjoy our time at school and take care of our own mental health — not doing this full-time job while juggling all of life’s other priorities,” Messinger explained. “But as you can see, it’s now October 2021, so we weren’t rushing into anything.”

Since a large community of young people use their app as a reprieve, Messinger and Sokolov wanted to make sure that if they were acquired, it would be by a company that shared their fundamental mission to develop supportive communities for young people online. Meanwhile, Greta McAnany was looking for opportunities to reach more Gen Z users on Blue Fever, an anonymous social network encouraging authenticity and community support. With McAnany as CEO and co-founder, Blue Fever has secured $4.2 million in venture backing from investors like Amazon Alexa Fund, Bumble Fund and Serena Williams.

McAnany wasn’t necessarily looking for an acquisition, but she told TechCrunch that when she met the founders of Trill, she was so impressed with them that she wanted to find a way to collaborate. 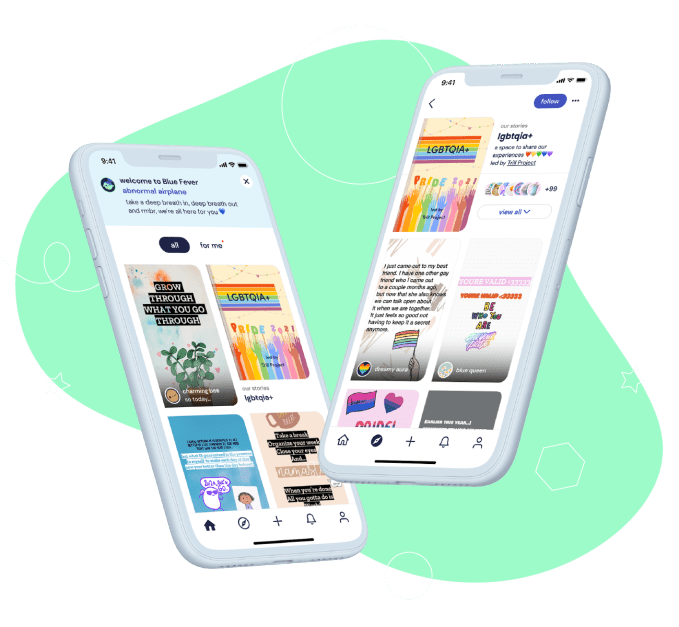 “I’ll never forget when I met Georgia in person, and she was like, ‘Here’s how I see the future of emotional media,’ which is what we call ourselves instead of social media,” McAnany said. “I was floored. I was like, ‘Okay, we need to bring you on the team as part of leadership,’ and also, bring in the incredible community and user base that they built.'”

Blue Fever isn’t disclosing the terms of the acquisition, but with today’s announcement, Trill will begin incentivizing its users to move over to Blue Fever. By the end of October, Trill will no longer be functional. In the transition, Messinger and Sokolov will join Blue Fever as advisers on product development and audience strategy. They will also lead a Junior Advisory Board in collaboration with hundreds of beta testers who will provide input on the app’s features.

“I’ve worked closely with Blue Fever’s head of product, and I think we’re very aligned on the future of the product in creating the same experience with slightly different features,” said Ari Sokolov, now a student in the USC Iovine and Young Academy’s Arts, Technology and the Business of Innovation program.

“Even if it’s not the same core user experience, it’s the same core essence behind it,” Messinger added. Blue Fever and Trill are both anonymous apps, but Blue Fever works by inviting users to post pages, which are essentially iPhone notes where users can share their insecurities, victories, worries and thoughts. Pages are posted to journals, which are themed collections of pages about topics like college, relationships, gender identity, magic moments and loneliness. To discourage negative commenting or the disclosure of personal information, Blue Fever currently only allows users to respond with a “hug” or a gif. But McAnany says the app will test commenting. The app also uses an AI called Blue, which McAnany says is like a “big sibling,” helping users find content on the platform that might help them — and if someone posts content indicating that they might be in danger, the AI provides resources for them to seek help.

Blue Fever also has human moderators who help keep the platform safe. Still, as more Gen Z-ers flock to Blue Fever from Trill, it will become even more important that Blue Fever’s combination of human and AI moderation can scale. 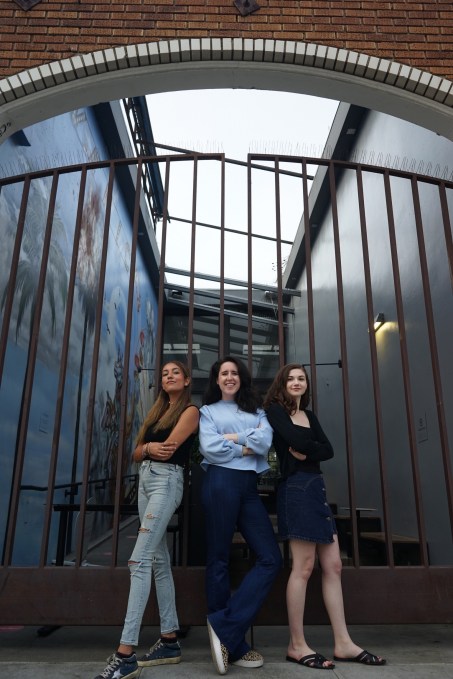 Mental-health-focused apps like Blue Fever and Trill aren’t intended to be a substitute for seeking professional help, and they’re not trying to compete with giants like TikTok, Snapchat or Instagram. While these platforms aim to comfort Gen Z users who are disillusioned with traditional social apps, anonymous platforms have a troubling track record online.

“Ari and I have been very open since day one that our solution might not be perfect, and there could be better solutions or iterations on the ideas we have,” said Messinger. “We’re not attached to our solution per se — we love Trill and we obviously think it’s a great solution — but we’re more attached to the problem we’re solving than to the solution.”

Anonymous social apps like Snapchat’s Yolo and LMK and Ask.fm have been linked to teen suicides, while Whisper accidentally exposed anonymous posters’ data. Blue Fever and Trill are different from these platforms, since they’re built with mental health considerations at their core, but as Blue Fever considers rolling out commenting and absorbs the Trill user base, the platform’s ability to keep users safe will be tested. McAnany said that Blue Fever doesn’t store personal identifiable information (PII) alongside user-generated content, and that the app doesn’t maintain a publicly accessible API, which was how data from apps like Whisper was leaked.

“We love technology. We’re coders, we’re computer scientists, and we don’t dislike our phones. I love social media. I like to make TikToks,” Messinger said. “It’s just about setting healthy boundaries and continuing to ask the question of how our new spaces are going to intervene to help Gen Z and especially marginalized communities within that.”