Google is making it easier for device manufacturers to integrate with Google Assistant technology, including those times when devices need to respond to voice commands without the benefit — or the expense — of being connected to Google’s cloud. To do so, Google is today launching into preview a new set of tools called, Google Assistant Connect, before making them broadly available to device makers later this year.

The tools can be used to build devices that leverage an existing connected speaker with Google Assistant to deliver content and respond to commands that require cloud computing resources.

Google Assistant Connect also includes features that will make it simpler for customers to set up their new smart home devices by offering an easier way to pair with Google Assistant. 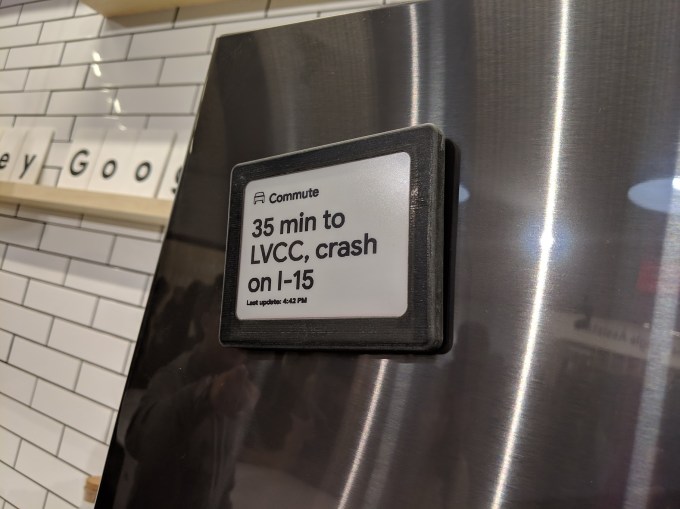 For some examples of how this could work: a device maker could integrate an e-ink display that shows the weather or your calendar, while the Assistant Connect delivered content provided by the customer’s linked smart speaker to update the display with your current meetings and temperature. That allows the manufacturer’s device to benefit from an existing smart speaker’s capabilities instead of having to integrate that technology itself.

This is similar to how Amazon’s Alexa Connect Kit is used with various smart devices, like the Alexa microwave.

Google Assistant Connect can also be used in rooms where a Google Assistant smart speaker isn’t available, to allow devices to respond to simple voice commands — like ordering an air conditioner to turn itself on or off, for instance.

Google Assistant Connect will simply set up, as well, by allowing devices to connect to Google Home speakers without the need for a separate bridge or hub. This is an area Google had somewhat ventured into back in October with the launch of Google + C by GE smart LED bulbs, which were made to work with Google devices without a hub. Now this same capability will be a part of this broader toolkit for device makers.

Google says it will have more to share about Assistant Connect later in the year, as it opens up to more manufacturers.