What does a cell look like? If you had to draw one, you’d probably do the usual thing: a sort of fried egg with a nucleus yolk and a couple of ribosomes peppered around, maybe a rough endoplasmic reticulum if you’re fancy. But cells are vastly more complicated than that, not to mention three-dimensional. Allen Integrated Cell is a new tool that lets anyone visualize cells the way they actually exist in the body.

It’s from the Allen Institute for Cell Science, a Seattle research outfit founded by Microsoft co-founder Paul Allen. The institute has been doing research in this direction for some time, but today is the first public release of the Integrated Cell program, which you can try on the web right here.

The application is focused on stem cells specifically. The 3D models aren’t just based on theory but on direct recording and observation done in-house. There are dozens of cell types, and you can toggle the visibility of numerous proteins and substances that make up the cell. 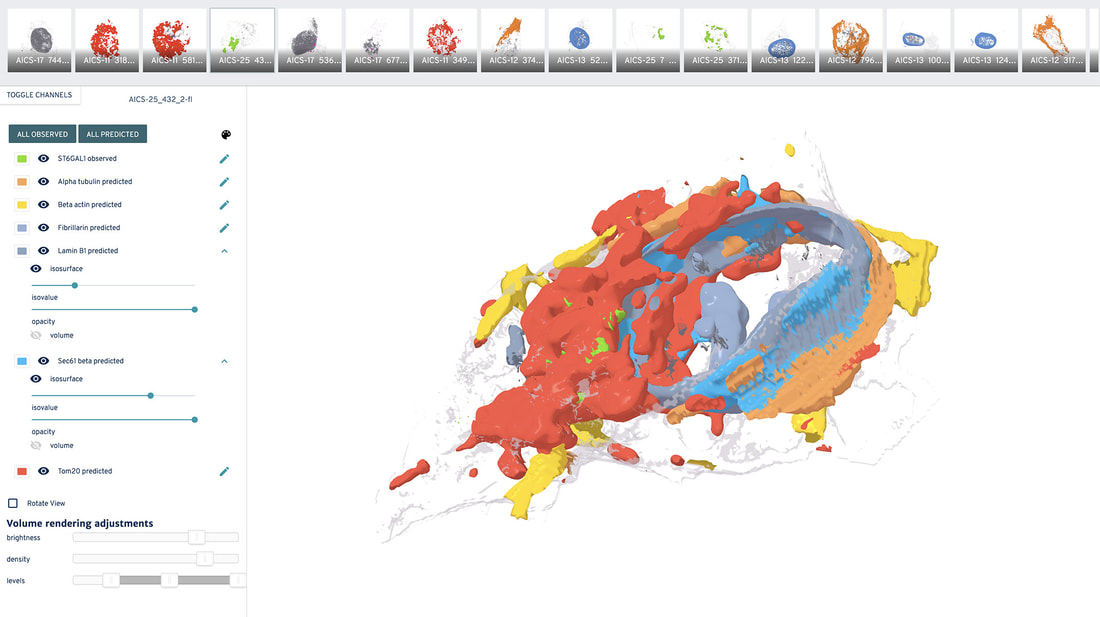 In addition to observed locations of organelles and proteins, the system has learned to predict those locations by studying other similar cells, so even in cells that haven’t been searched for a given substance, its presence can be inferred by a probabilistic model.

This is important because the process used to select certain substances or organelles to fluoresce and be directly visible to microscopes isn’t good for the cells, and to tag multiple items is to risk cell death. But if the model can figure out where organelle A is based on the presence and shape of membrane B, tagging isn’t necessary.

“This is a new way to see inside living human cells. It’s like seeing the whole cell for the first time,” said the Institute’s executive director, Rick Horwitz, in a press release. “In the future, this will impact drug discovery, disease research and how we frame basic studies involving human cells.”

If you’re not a microbiologist, these will probably just look like poorly painted rocks or modern art. But to someone studying how a certain protein acts in vivo, how it responds to certain medications or hormones, what internal processes govern its distribution, this could be a powerful tool.