Microsoft plans to bring a number of new features for users with visual impairment to Windows 10, the company announced in a blog post earlier today. Chief among the updates, which are due out with the next version of the desktop software, are additions to the Ease of Access setting panel.

The updated page will be grouped together by vision, hearing and interaction, which the most frequently used settings listed first. A number of new settings are being added to the page, as well, including the ability to “Make Everything Bigger” and “Make Everything Brighter.” 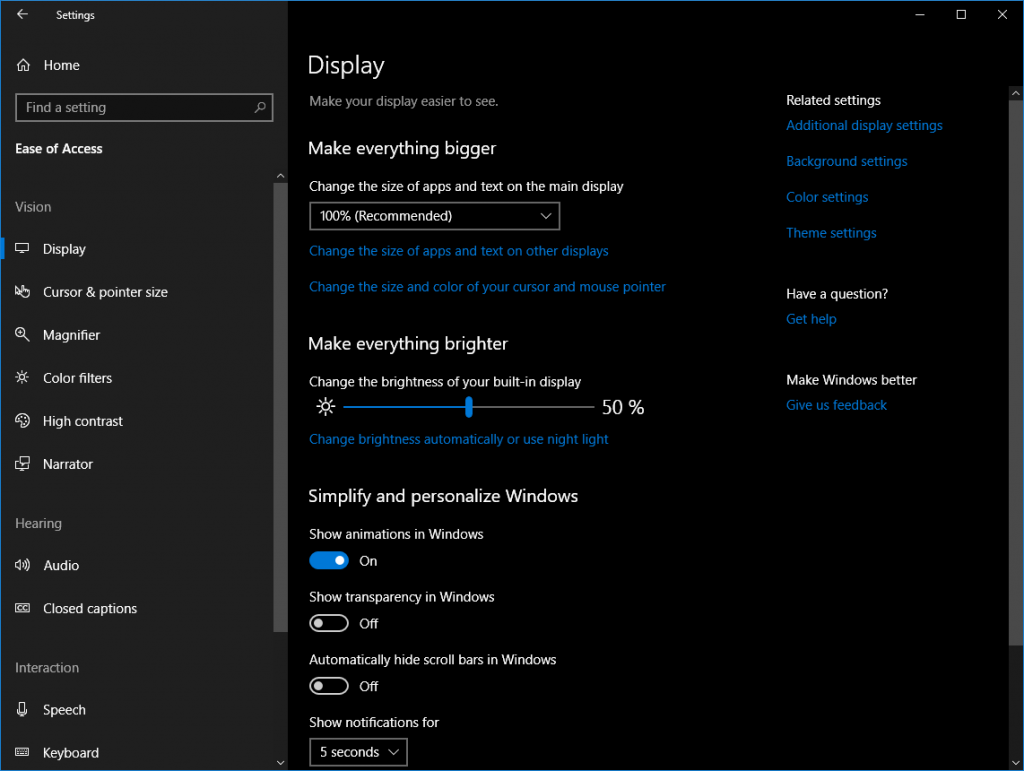 Narrator, the company’s screen-reading app, is being tweaked to be more responsive to keyboard input and offer more continuous control reading. The feature has also been tweaked to offer up more information like “page loading” in the Edge Browser, as well as letting users control text styles with vocal inflections. That means, instead of having to say, “start bold” to bold text, users can adjust the style with the sound of their voice.

Eye control is being improved as well, including the ability to pause eye control for reading and better navigation. Though that feature is apparently still in the beta testing stages. Speaking of, a number of the features are already in preview through Insider builds, for those who want to get an early jump on the action.

Microsoft’s also promising additional accessibility features later this year in line with a promise CEO Satya Nadella made back in 2015, to “embrace inclusion in our product design and company culture.”