That’s because Flexport doesn’t ship bits, it ships atoms. Lots of them. Flexport is a freight forwarding logistics network. If you produce a few metric tons of goods in China and need them in stores across the U.S., it books the trucks, ports, planes, and boats you need to get them there. While the dinosaur freight forwarders still rely on paper manifests, Flexport tracks all the data to optimize every route.

Flexport sounds “unsexy” on the surface, but it’s multi-trillion dollar market opportunity that’s attracting big-name investors. Flexport already moves 7,000 shipping containers a month for an average of $2,000 each while taking around a 15% cut, earning it roughly $2.1 million per month from ocean freight alone. [Correction: $2.1 million, not $21 million] Adding in air, trucking, customs brokerage, cargo insurance and more, revenue is up 3.7X in the last year. “Unit economics have always worked for us, even when we were tiny. We’ve always insisted on that” says Petersen.

Now after TechCrunch reported last month that sources told us Flexport had raised a $110 million Series C at an $800 million pre-money valuation, the company today confirmed the deal. The $910 million post-money valuation round was led by DST Global, whose partner Rahul Mehta will become a board observer, and was joined by Founders Fund and Susa Ventures plus other existing investors. And crucial to Flexport’s audacious new business model is the addition of Wells Fargo Strategic Capital.

Flexport wants to finance its customers freight, not just ship it.

Businesses have to pay factories to produce their goods up front, but it can take months to ship and sell the inventory before they earn back that money. Flexport plans to offer trade financing funded by a big bank like Wells Fargo. Essentially, Flexport would use all its shipping data to calculate and minimize the risk, front the money to its 1800 customers, and score an added percentage when it’s paid back. 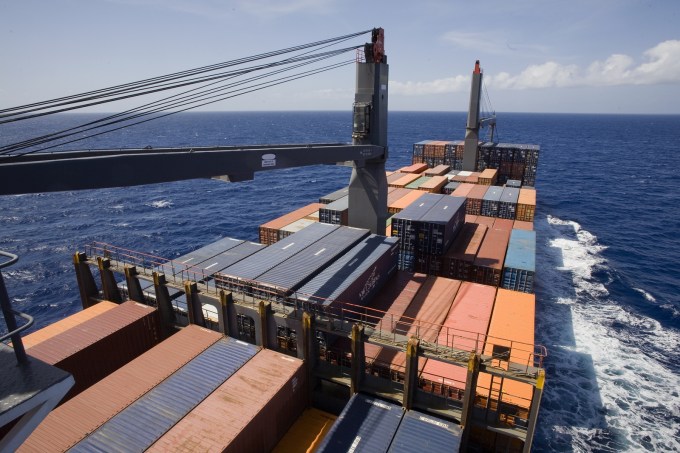 “It’s such a big business and a nice extension” Petersen tells TechCrunch. 80 percent to 90 percent of all global trade relies on trade financing, according to the WTO. “We have all the data to assess credit worthiness” the CEO says, touting the speed with which Flexport could do that research. “A traditional bank might take a long time to get the money. It might take a month or two. But business happens really fast. We can lend to those customers, whether it’s Wells Fargo’s or someone else’s money.”

Matt Raubacher, a managing director of Wells Fargo Strategic Capital says “While Flexport already had a banking and credit relationship with Wells Fargo, the Strategic Capital group is excited to take the next step and also become an equity investor in this rapidly growing business with an exceptional leadership team.”

Customers like Ring, Osmo, and Le Tote could get their freight financed and forwarded all at once, cutting down their logistical headaches while giving Flexport more….flexibility in how it prices both the shipping and the loans. “It’s pretty sticky. If you’re funding your business on the platform, you won’t switch” Petersen says. “You could make the loan cheaper because you’re making money with the freight, or offer cheaper freight because you’re making money on the financing.”

Owning The Warehouses Too

Flexport isn’t content just sticking to the money and logistics. It plans to use the new $110 million in equity funding to buy warehouses around the world that it calls ‘cross-ports’. Petersen says Flexport can have “more control” with “our software, our process in the warehouse.” 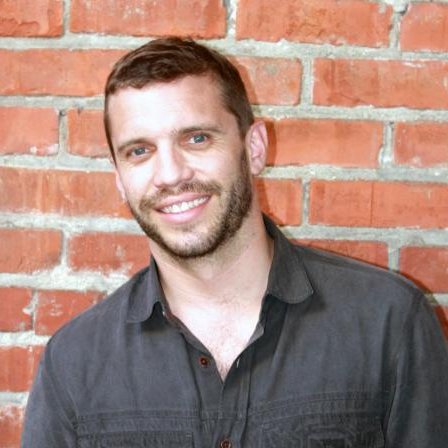 Typically when containers come off those giant ships, they get put in some third-party warehouse at the port. But if Flexport owns those warehouses, it can do some neat things in the meantime. “We scan everything for dimensions and weights, and build a model of the cargo so the next time someone ships the same thing, we know everything about it.” It can also mix-and-match shipments from different clients for efficiency, or redirect goods mid-journey.

Flexport opened its first 12,000 square foot cross-port in Hong Kong two months ago and it’s already jam-packed, so it’s planning to move to a bigger space like the 100,000 square foot spot it has in LA. Petersen says the plan is to open 25 of these, beyond its nine offices that house 500 employees. I’m pretty sure that qualifies as an empire.

“It’s just a lot to take on” Petersen admits. “There are three remaining challenges that never go away. They all with ‘C’, but not because I’m cheesy.”

That last one has destroyed plenty of startups, from the Zenefits insurance scandal to Theranos’ bunk blood tests.

“Our regulators are more serious, they’re customs and border protection. It’s not the taxi and limousine commission” Petersen says, taking a jab at cities that have tolerated Uber’s insubordination. “With dangerous goods, actual human lives can be at risk. You ship something flammable in a passenger airplane, no one is going to take that lightly. There’s not a lot of gray areas.” Petersen is happy to go by the book.

A Social Network For Trade, Or Is It Amazon?

Flexport takes inspiration from today’s top tech companies. “There’s an Amazon-like element for the enterprise” says Petersen. “It should feel like you’re building your cart on Amazon and then 10 containers of your own products show up.” Though simultaneously, he says that “We think trade is inherently social” , which is why whenever it signs a client, Flexport gets them to pull their trade partners into the system too. “Connecting them is very logical. We borrow inspiration from Facebook.”

As for whether freight is ‘cool’ now, Petersen smiles. “I don’t know if it’s sexy or boring. Wall Street’s pretty [redacted] boring to me, moving money around. Money’s sexy I guess” he says, then suddenly gets serious about his own company. “It’s hard work, it’s not this overnight success.”

Despite its budding empire, Flexport is still only the 23rd-largest freight forwarder. But rather than take that as an insult, investors see it as an opportunity. “None of the other top 25 were founded after Netscape” Petersen is fond of remarking. They’re only just adopting technology. Flexport was born in it. 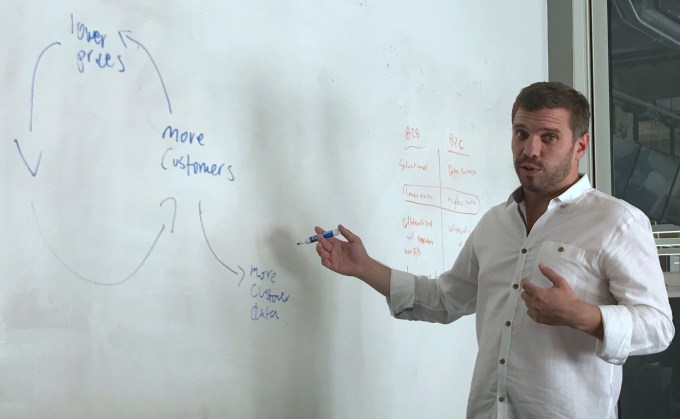 “I don’t worry about startup competitors” Petersen says, noting that during the sales process, customers have never compared Flexport to those chasing it. “I worry the more we’re out talking to the press. I worry the big guys will stop thinking of us as such a joke.”

He suspects those giants like FedEx, DHL and Expeditors might acquire the upstarts like Freightos, Haven, or Fleet to get a grip on tech. But Flexport isn’t taking offers. In fact, Flexport turned down billion-dollar-plus valuations in this round to avoid getting in over its head or ceding too much power to investors.

“I’m just having fun. It’s really interesting. Once you sell your business you’re just another rich guy” Petersen laughs. “I never want to sell the business. Unless it’s not working, I won’t sell.”