Flexport handles the boring logistics of a trillion-dollar business: the transport of shipping containers around the world. Because the work of freight forwarding seemed so bland, it was long ignored by the tech world. But digitizing the paperwork let Flexport speed up shipping so clients keep less inventory on hand while never running out.

When you apply that optimization to how every container full of electronics, clothes or food gets from factory to store, Flexport keeps getting smarter as the value piles up. That’s why just a year after raising $65 million at a valuation of $365 million, TechCrunch has learned Flexport has just closed a huge new round of funding, according to five sources.

Initially, Flexport was receiving offers valuing it at over $1 billion, but turned those down in favor of a more manageable valuation. Multiple sources now confirm that the startup has completed a $110 million Series C at an $800 million pre-money valuation. The round is mostly filled with existing investors, including DST. Flexport declined to comment for this story.

What we’ve kept hearing is that Flexport co-founder Ryan Petersen is a favorite amongst investors. “He’s a machine,” said one of TechCrunch’s sources. After growing up buying scooters from China and fencing them online, he co-founded ImportGenius to scan and sell shipping manifest data about imports. That led him to realize how antiquated freight forwarding was, paving the way for Flexport’s start in 2013.

“They’re hiring like crazy,” one source said. Flexport appears to be trying to scale up fast enough to compete with entrenched giants in the shipping space, like FedEx, DHL and Expeditors, that can’t adapt to new technology as quickly. Meanwhile, it’s looking to box out upstart competitors picking away at parts of the freight forwarding equation, including Freightos, Haven and Fleet. 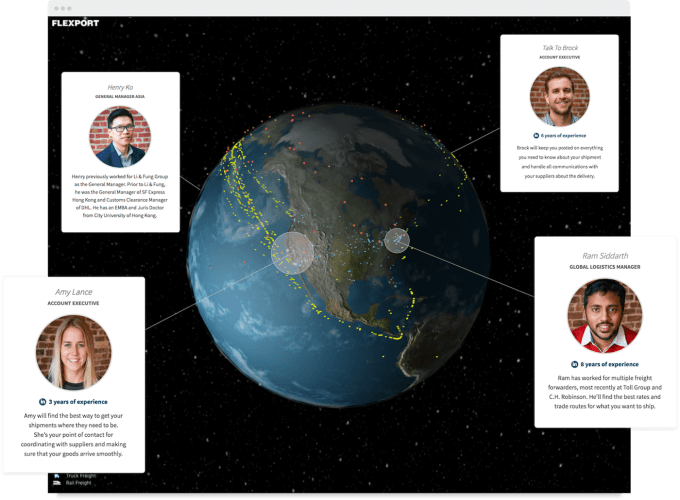 Soon after TechCrunch wrote a story about the company being “The unsexiest trillion-dollar startup,” we started receiving aggressive pitches from these competitors. Fusion’s Alexis Madrigal shined a light on how interesting the business could be with his podcast series Containers, which was sponsored by Flexport. And Flexport raised its $65 million Series B last September that brought it to $94 million in total funding. A year later, its value has more than doubled. 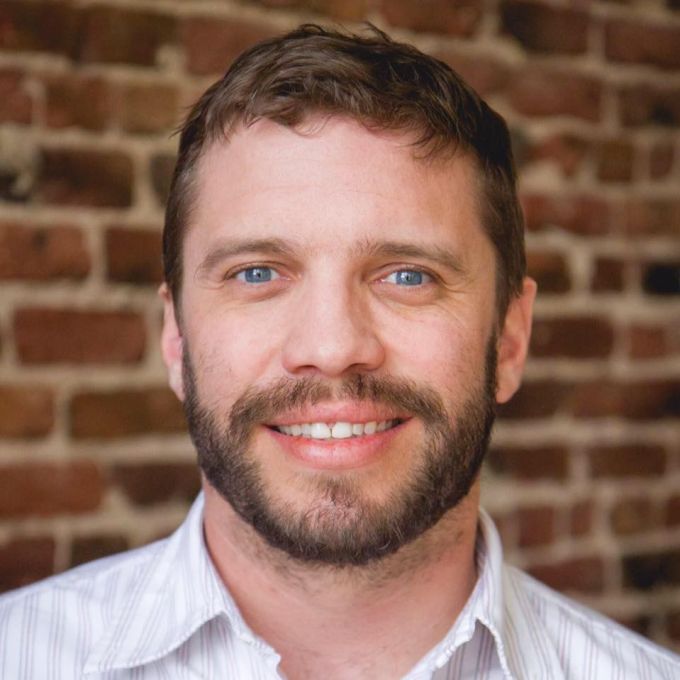 Now the company has over 400 employees in seven offices. It earns roughly 15 percent of the average $2,000 it costs to move a shipping container around the world, compared to 25 percent that its competitors charge. Petersen told Forbes he expects revenue of $500 million this year, yet that still makes Flexport an underdog. “There are 25 freight forwarders that each do more than $1 billion in revenue a year,” he said. “None of them was founded after Netscape.”

That’s Flexport’s advantage. Tracking everything with paper leads its older competitors to see clients individually. Flexport wholistically analyzes all its data to optimize shipping routes and simplify relationships with ports, truck drivers and anyone else that touches a container. That’s allowed it to shave off five days of travel time for moving less than a container full of goods.

Now it’s opening its own “cross docks” — warehouses where it can temporarily store clients’ goods until it can batch their transport with other shipments going to the same place. That way it’s always moving full containers with maximum efficiency. Flexport already has cross docks in Hong Kong and LA, but Petersen foresees having a global network.

The new capital could help Flexport pay for transitioning from a pure-play software company merely handling routing logistics to being an actual freight company. This shift from bits to atoms doesn’t come cheap, but with plenty of revenue waiting to be stolen from sluggish competitors, it’s having no problem finding the capital.

TechCrunch has heard that many of Flexport’s existing investors, which number at least 57, were shut out of the new round despite being interested. And while investors were happily offering it a valuation of $1 billion or more, Petersen didn’t want to get in over his head and risk a down-round later if the market stumbled.

The obvious, glamorous verticals of tech have been overrun with startups. Everyone seems to have a photo-sharing app or some “revolutionary” artificial intelligence play. There’s an old adage that the best startup ideas are often at the intersection of “seems like a bad idea” and “is a good idea,” as Peter Thiel, the leader of Flexport investor Founders Fund, has said.

But as the mainstream embraces startup culture and aspiring founders flood Silicon Valley, there seems to be no shortage of people willing to chase things that seem like a bad idea. Perhaps an addendum to the startup seeker’s mantra should be “Seems bad and boring.” That’s where there are still gold mines untapped.