Plenty dismissed modularity (the concept of making a phone’s innards swappable and upgradeable) the first time around. And for good reason. Like just about every other gimmick in smartphoneland, the idea has been tried and abandoned more times than anyone cares to mention. With the announcement of the second generation Moto Z, however, the Motorola is not only committed to the idea of modular smartphones – it’s making the line its flagship.

It’s a pretty gutsy stance from the company. The idea of the first one was laughed off by some on arrival, but Motorola changed minds with what turned out to be a really good phone, Mods or no. I reviewed it a while back, and I liked it. A lot more than I thought I would.

The device’s hardware was solid and the execution was there. The super-thin phone, coupled with the magnetic backing that powered the devices. If there was any major downside on that first generation Z, it was the lack of Mods at launch. The promise was there, but the execution was limited. But after LG’s badly fumbled execution with the G5, the phone was breath of fresh air.

The company added a few more in the intervening months and announced plans to release an average four a quarter this year – a commitment it tells me it plans to keep. It’s also opened up prototypes to third-parties and had a handful of hackathons across the globe in hopes of getting developers more interested in creating for the platform. Here’s one with a breathalyzer and a baby monitor. 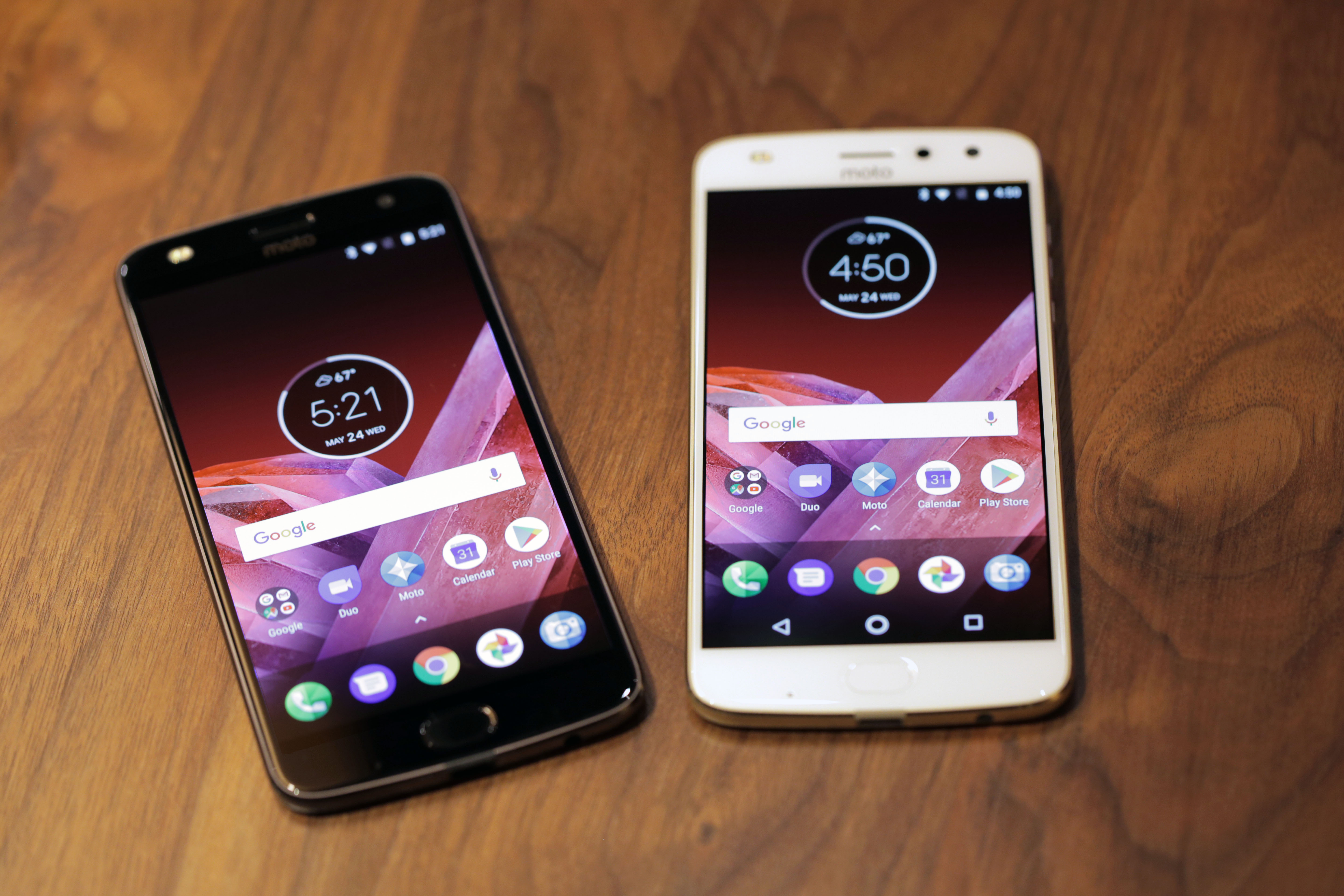 The Moto Z2 Play ups the ante, but only slightly. In addition to a better looking, cloth-covered version of the SoundBoost kickstand speaker, the phone will be launching alongside a fast charging battery pack , shells with wireless charging built-in and a GamePad.

All were present at a briefing I attended, but I can’t show you a picture of the GamePad, since it wasn’t a final version. And, of course, the mods and phones are backward compatible, so users can mix and match with last year’s hardware.

By way of explanation, the old Ion iCade controller should give you a pretty good idea of what Motorola’s working on. The case positions gaming controls on either side of the screen, making for a really, really long phone. Not groundbreaking and honestly, pretty clunky, but a nice addition to the overall ecosystem. Still, the company is going to need at least double its current Mod offering to make the system a success.

That said, Motorola apparently hasn’t had a problem moving product. The company doesn’t break out phone sales for the Z, but it says it’s sold “millions” of the device – admittedly broad, but definitely a victory for a device that really could have feasibly tanked the company’s ambitions a la the G5. And apparently high enough to warrant making this second generation product the centerpiece of its handset line. 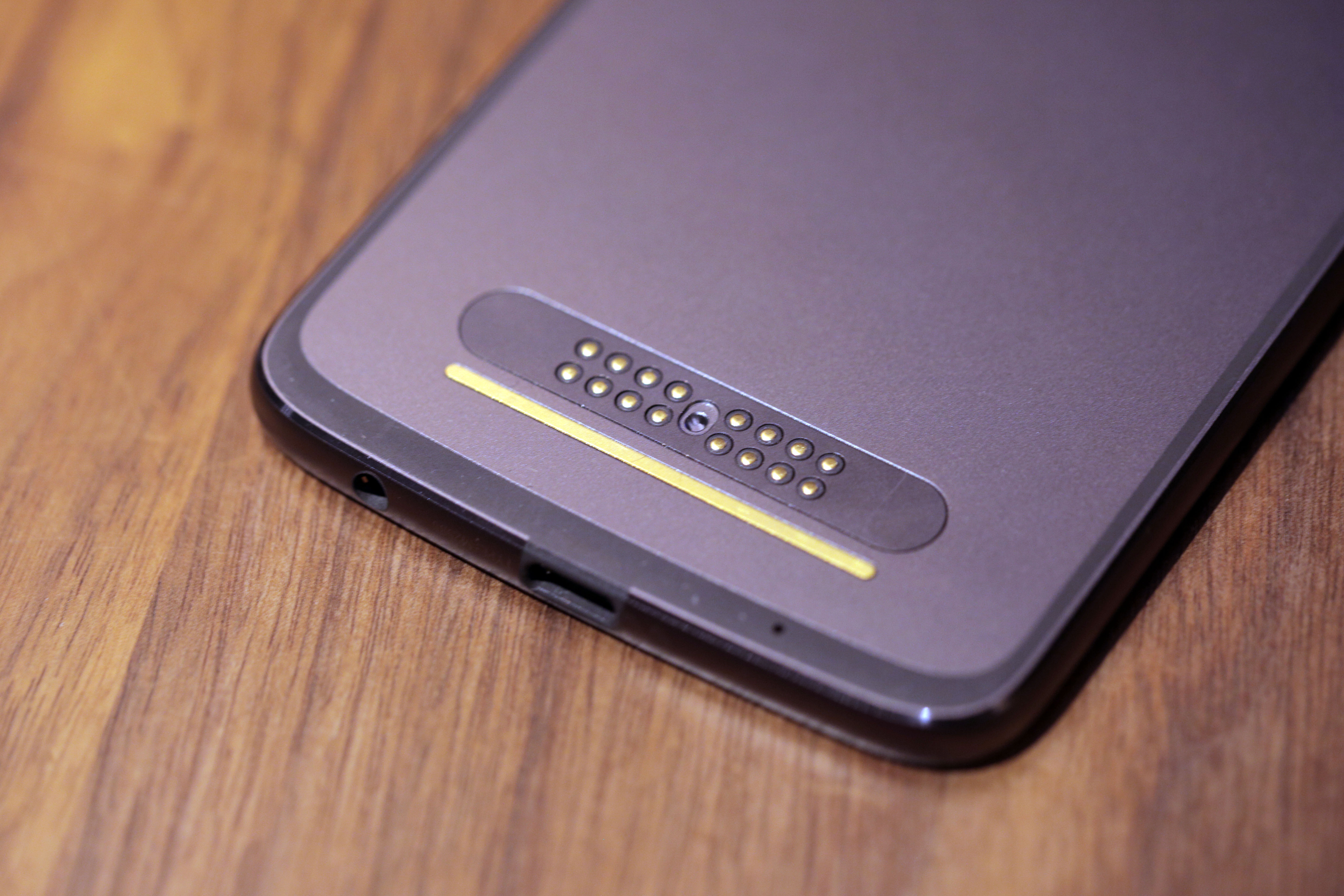 And with this week’s Essential announcement, Andy Rubin simultaneously complimented and threw some serious shade at the Moto Z system. The Android father complimented the company’s embrace of modularity, while calling its execution flawed, pointing to its full-back system, which limits the product’s form factor moving forward. Even still, a slight vindication for the mainstreaming of modular phones.

Sales of the Mods, meanwhile, aren’t quite as impressive. Motorola’s internal research says that Mods are, no surprise, the primary driving factor in purchasing the product — but users who buy Mods are picking up between one and two per device. A Moto rep tells me that it’s closer to two than one… but when swappable backs are the device’s whole raison d’etre, that’s not exactly selling like hot cakes.

The middling numbers are probably due in part to the fact that Mod selection was pretty limited. Launching a modular phone without sufficient modules is a bit like launching a video game system with little in the way of titles – it’s an easy way to shoot yourself in the foot right out of the gate. And while speakers and battery packs are great, what functionality does the Moto Z offer that you can’t already get from basically every phone?

But the Mod selection will continue to grow – I saw a compelling one at the event that I’m not supposed to talk about yet – and the company says there are plenty more on the way, including some from winners of the hackathons, which the company will help developers make real. 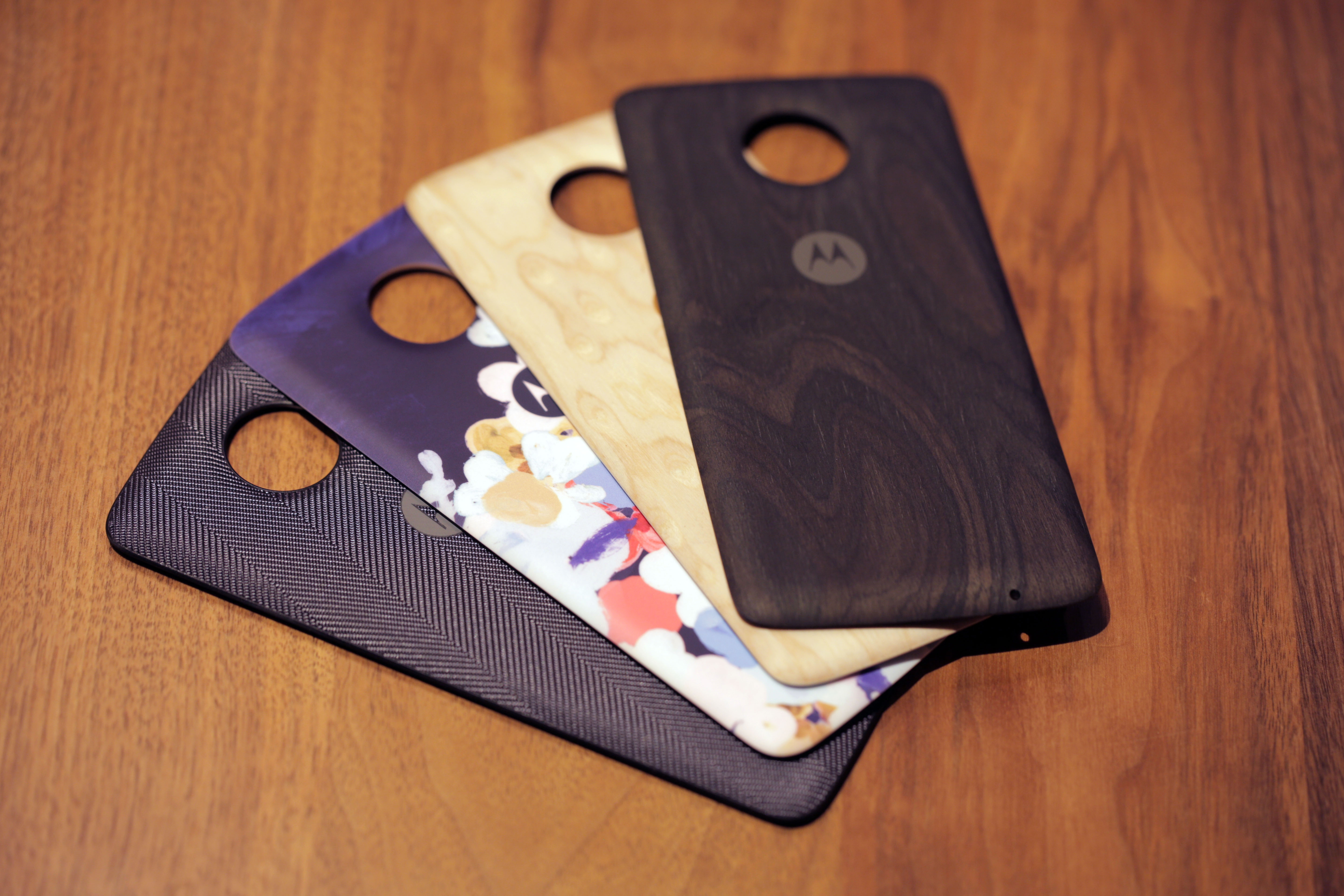 As for the phone’s hardware (which is admittedly somewhat secondary), the phone’s specs are okay. But keep in mind, with the first gen, the Play was the low-end device, so you can probably expect a higher end flagship to be added to the second generation line soon. The company ditched the touch buttons, instead sticking all of that functionality into the elongated fingerprint reader, to save some space up front, so you can, say, swipe left to go back.

As reported previously, the headphone jack is back on the Play – that’s in part due to the company’s attempt to broaden the Z line to more users. Ditching the jack is a good way to alienate potential customers who don’t have the funds to switch all of their accessories to Bluetooth. Though the company tells me that it still sees the wired headphone getting phased out – though perhaps not as quickly as others had initially thought.

But can Motorola build upon the momentum of the Z with this second generation? The novelty of the first batch has worn off a bit, and while the company is committed to the project as its flagship line, it still has a ways to go as far churning out mods at a pace that will really drive consumption.

For now, in spite of that early success, the Z line still feels like a gamble. That goes double for parent company Lenovo, which has been struggling in the PC department. The Moto reps I spoke with told me to expect modularity on even more of its devices moving forward. If that’s the case, it’s time to really start hauling ass on developing those mods.