Just in time for the holiday season (or, really, the almost holiday season because America starts early like that), Uber is rolling out its group events service UberEVENTS.

The ridesharing giant launched UberEVENTS in beta about a month ago in six cities throughout the United States and included Uber for Business users to test the product. The service is now available nationwide, starting today.

UberEVENTS allows event organizers to pre-pay for rides for their guests. Organizers are only charged for those guests who end up using the service. Those in charge of the party can customize these rides, called guest passes, with a specific date, time, and promotion code for attendees. 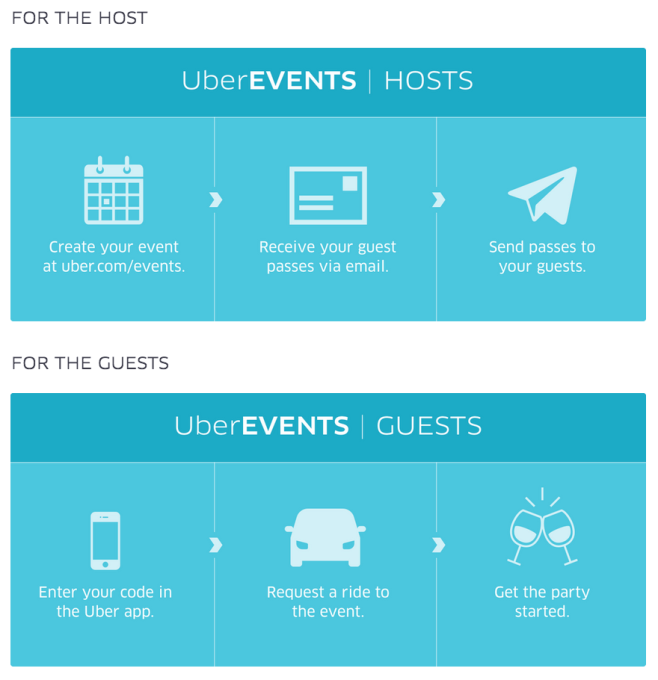 It’s a nice to have for party goers, but especially for those who end up drinking too much at the event. Sure, they could call their own cab home, but it’s nice if the party host pays for them so they can drink and not worry about how to get home after.

Uber’s main rival, Lyft, offers a similar service predating UberEVENTS. While not an official service, Lyft started offering it to party hosts several years ago for weddings and parties.

“The holiday season is a big time for socializing both during company events and personal parties,” UberEVENTS lead Max Crowley told TechCrunch. Crowley also added that Uber has sold rides for “over 500 events” through the new service during the beta period.

Though similar in concept to Uber for Business, the new services is for one-time events such as weddings, meet-ups, and those upcoming holiday parties. Whereas Uber for Business allows employees to book pre-paid rides on an account within the company’s travel policy, instead.

Those interested in trying out the service can go to uber.com/events to test out the new offering.