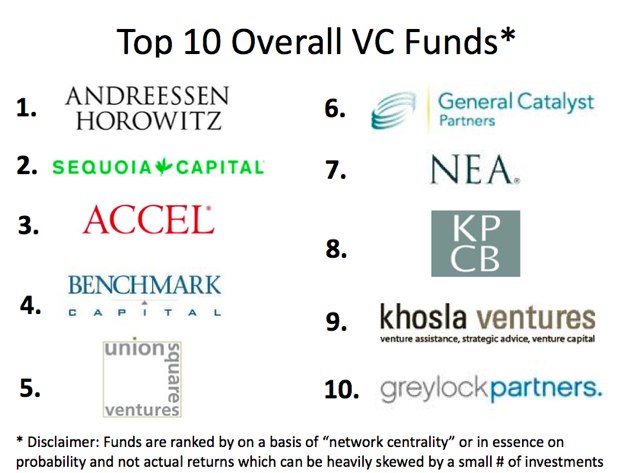 Any seasoned investor knows that past performance is not indicative of future returns. That is as true with public stocks as it is with venture capital firms. But if someone were to ask you to rank the top VC firms today based on their probability of success, how would you do it? Remember, looking at past returns won’t help you.

Chris Farmer, a VC at General Catalyst Partners, has come up with a method which he calls InvestorRank. Just as Google’s PageRank orders search results based on how many links each page gets from other sites, InvestorRank looks at the connections between VC firms. Whenever two VC firms co-invest in the same deal, that creates a bond between them. If one VC firm follows another one in a later round, that boosts the rank of the earlier investor.

The more that a VC firm invests in syndicates with other highly ranked firms or even before they do, the higher its InvestorRank. There is some research which suggests that mapping out the network of investors is a better way to predict performance. InvestorRank is not based on previous returns. Rather, it is based on how connected and trusted a VC firm is. 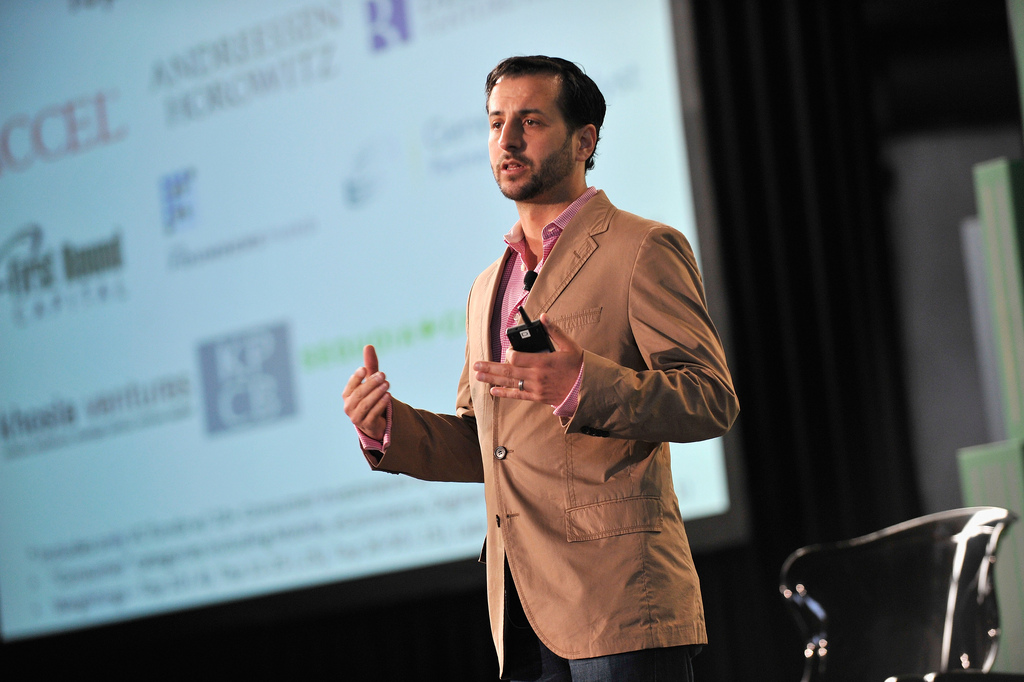 Today at TC Disrupt NYC, Farmer revealed the top 10 VC firms based on InvestorRank. They are:

What is interesting about this ranking is that not only is Andreessen Horowitz on top (a relatively new firm), but that Kleiner, perhaps the most storied VC firm of all, is near the bottom.  Union Square Ventures is smack dab in the middle at No. 5.

If you look at the top VC firms to emerge over just the past ten years, Andreessen Horowitz is still No. 1, but Union Square jumps to No. 2.  The full list is: 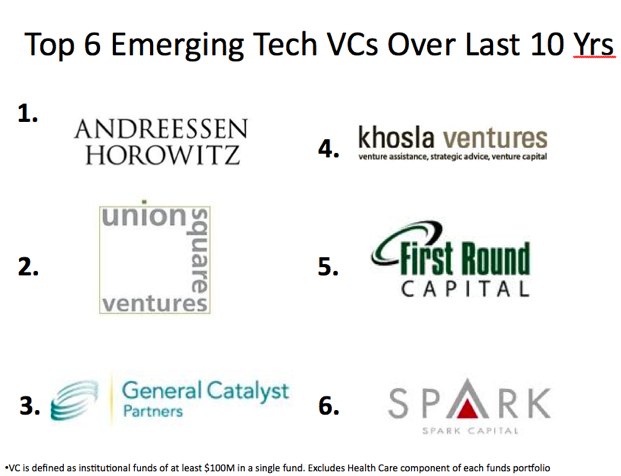 Much of the data Farmer used to analyze investor networks comes from CrunchBase. Below is a deeper dive into the data for the top 15 VCs. It breaks down co-investors by class—top 10, top 25, top 50. The top firms (blue and purple) tend to stick together and invest in the same deals. 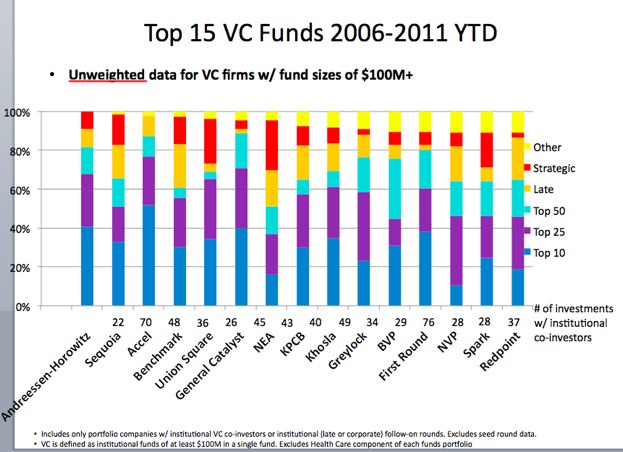 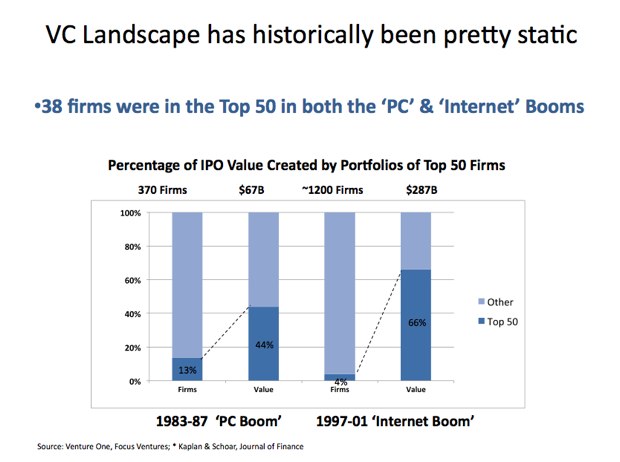