It’s been almost exactly one year since social gaming powerhouse Zynga unleashed what was destined to become an online phenomenon: FarmVille. The game has 70 million monthly active users, many of whom are total addicts. But some gamers are doubtless ready for a new fix, and today, they’re getting just that — Zynga has launched FrontierVille, a Wild West themed game that shares many similarities with FarmVille, but with some new twists designed to instill a greater sense of adventure. We discovered the game back in April when it was still in early testing stages, but it hasn’t been available to the masses until now. To get a better understanding of what FrontierVille brings to the table, I stopped by Zynga headquarters yesterday for a full rundown of the new game, including a thorough demo.

If you’ve played FarmVille, you’ll be right at home in FrontierVille. Many of the same game mechanics are here: you can purchase and harvest crops, and in order to maximize your harvest and in-game bonuses you’ll have to check in at regular intervals throughout the day. But it also has some key differences. For one, the game obviously has a different theme (and it’s one that hasn’t already been pioneered by another popular game, which appears to be a first for Zynga). Perhaps more important, from a gameplay perspective FrontierVille has a number of new features designed to help add a feeling of spontaneity and a better social connection with your in-game friends.  In order to better understand how this differs from FarmVille, I asked FrontierVille GM Brian Reynolds to run through the main differences: 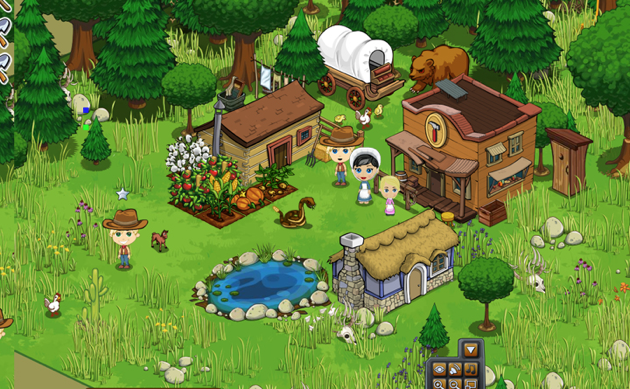 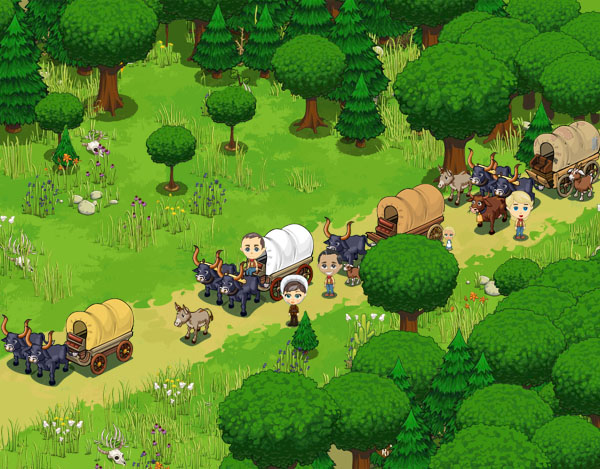 One other addition is a robust item collection mechanic that’s borrowed from Mafia Wars. Gamers can collect a wide array of special items as they play; collecting a “set” of related items usually gives the gamer a stat boost. It’s also worth pointing out that the game will integrate Facebook Credits, obviously a result of the recent agreement that Facebook and Zynga reached after sparring over the payments system.

So will FrontierVille be a success? Probably — Zynga has these gameplay mechanics down to an art, and I don’t doubt that they’ll be able to attract plenty of FarmVille fans to this new game. What’s more, when you start playing FrontierVille you’ll notice that Zynga has integrated a special invite system that lets you immediately invite all of your FarmVille-playing friends to join you (the logic being that folks who like FarmVille will probably like FrontierVille).

That said, despite the new additions, in many senses this is more of the same. The game still relies heavily on repetitive tasks that are restricted by time, and your social interactions with friends are asynchronous (in other words, you aren’t going to be playing alongside your friends at the same time). There are obviously still a huge number of people that enjoy this kind of game. But these game mechanics are going to get old, and I’ll be surprised if Zynga sees another industry-shaking hit of the same magnitude as FarmVille until they start to mix things up more.
[vimeo http://vimeo.com/12407504] 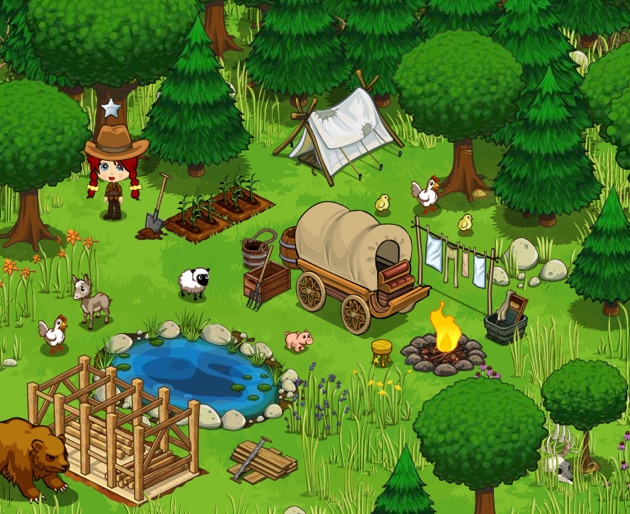