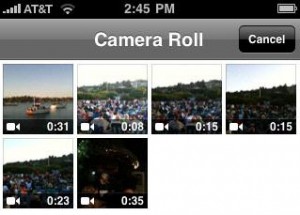 Looking to find some way onto the platform, developers have begun to scale back their applications until they reach a point Apple is willing to greenlight. We saw it earlier this month with Ustream’s streamless app, and now Qik has followed suit. Beginning today, Qik’s own sans-streaming app is available for the iPhone 3GS.

Like the Ustream app, Qik’s new tool is primarily for pre-recorded video already camped out in your Camera Roll. You can also record video on the spot, but uploading does not begin until the recording is complete.

Though not a completely cutting-edge concept, Qik does claim a couple of firsts:

It’s not the jailbreak-free streaming solution we’re dying for, but it’s the best we’ll get until Apple gets friendly with the concept.