In June, PayPal announced its Chief Operating Officer Bill Ready would be departing the company at the end of this year. Now we know where he’s ending up: Google. Ready will join Google in January as the company’s new commerce chief, reporting directly to Prabhakar Raghavan, SVP, Ads, Commerce and Payments.

Ready’s role at Google will not involve payments, which means he won’t be directly involved with PayPal’s competitor, Google Pay. Instead, as Google’s new president of Commerce, Ready will focus on leading Google’s vision, strategy and delivery of its commerce products. However, the role will see Ready working in close partnership with both the advertising and payments operations.

Google’s prior head of ads, commerce and payments, Sridhar Ramaswamy, left the company in 2018 after more than 15 years, which is when Raghavan stepped in. But Ready’s role is a new one, as it will focus on commerce specifically.

“Bill’s exceptional track record building great experiences for consumers and deeply strategic partnerships makes him a powerful addition to our team. I couldn’t be more excited for the future of commerce at Google,” said Raghavan, in a statement.

Added Ready, “I’ve long admired how Google has enabled access to the digital economy for everyone. Google has been making world-class commerce capabilities universally accessible to partners of all sizes, and I look forward to furthering that mission,” he said. 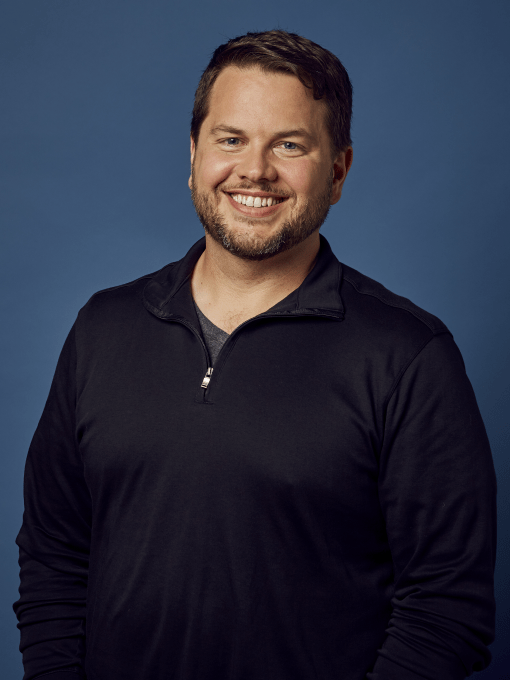 Ready joined PayPal in 2013 when it acquired his startup, the payments gateway Braintree, for $800 million (he became CEO of Braintree and Venmo). Today, Braintree powers payments for businesses like Uber, Airbnb, Facebook and Jet.com, while Venmo sees more than $25 billion in transaction volume on a quarterly basis.

Once at PayPal, Ready moved up the ranks to become EVP and COO in 2016. In this role, he was responsible for product, technology and engineering at PayPal, as well as the end-to-end customer experiences for PayPal’s consumer, merchant, Braintree, Venmo, Paydiant and Xoom businesses. He was also co-chair of PayPal’s Operating Group, which focuses on delivering on revenue and profit goals for the company.

At PayPal, Ready was behind a number of the company’s biggest moves, including the introduction of its most-rapidly adopted product ever, PayPal One Touch, as well as Pay with Venmo, the redesign of the PayPal mobile app, PayPal Commerce and the expansion of Braintree’s global reach.

PayPal announced Ready’s plans for departure this summer, saying he was planning to engage in other entrepreneurial interests outside the company.

Heading up commerce at Google will be a big task for Ready, given commerce’s close proximity to parent company Alphabet’s main source of revenue, which is advertising. In Q3 2019, Google’s ad revenue was $33.92 billion out of total revenue of $40.5 billion.

Today, many consumers visit Google first to shop for products, which allows it to charge top dollar for its ads. But over the years, Amazon has been steadily chipping away at Google’s lead as more consumers go directly to its site to hunt for products.

To address this challenge, Google has begun to transform its Shopping business.

At Google Marketing Live this year, Google unveiled a new look and feel for its shopping properties, which included rebranding its Google Express app as the new Google Shopping app. The goal with the changes is to better serve the way consumers now shop online. Today, people often start “shopping” by doing things like browsing Pinterest for inspiration or seeing what influencers are posting on Instagram, for example. Instagram capitalized on this trend with the launch of Instagram Shopping in March, which allows users to checkout right in its app.

PayPal is also now moving in this direction. The company recently made its largest-ever acquisition with a $4 billion deal for shopping and awards platform Honey. With Honey’s integrations, PayPal will be able to target shoppers with personalized promotions and offers earlier on in their shopping journey, then direct them to PayPal’s checkout as the final step.

Google’s commerce plans are similar in that regard.

It envisions a universal cart and new ways to shop across its platform of services, including Search, Shopping, Images and even YouTube and Gmail. This will allow Google to also capture shoppers’ attention as they engage with Google properties — like browsing images for product ideas or watching YouTube videos, for example.

As a part of the Google Shopping revamp, the dedicated Shopping homepage was updated to allow consumers to filter products by brands they love and features they want, as well as read product reviews and videos. Shoppers could add items to a universal cart where purchases were backed by a Google guarantee, as well as receive customer service and make easy returns, as before with Google Express.

Google’s travel business also falls under commerce, and similarly received new attention this year with updates designed to simplify the experience of trip planning on google.com/travel, and more features around tracking flight price drops and predictions.

On the advertising side, Google’s highly visual Showcase Shopping ads were expanded outside of Google Shopping. And Shopping Actions — customers’ ability to shop directly from Google surfaces, like Google Assistant — are making their way to new services, like YouTube.

Google is also ramping up its ability to serve smaller and local businesses with features aimed at driving in-store pickup traffic to brick-and-mortar stores.

Critical to making Google’s new Shopping platform successful is being able to forge retail partnerships — as, unlike Amazon, Google itself is not really in the business of selling directly to consumers, outside of its own hardware devices.

Ready’s experience will prove valuable here, too. At PayPal, he was able to build strategic partnerships with a number of unlikely players — including Visa, Mastercard, Apple, Walmart, Samsung and even Google.

What Ready’s strategy and vision will more precisely entail for Google will have to wait until after he’s on board, however.

“I’m thrilled to welcome Bill to Google as we continue our work to create more helpful commerce experiences and build a thriving ecosystem for partners of all sizes,” said Sundar Pichai, CEO of Google and Alphabet.