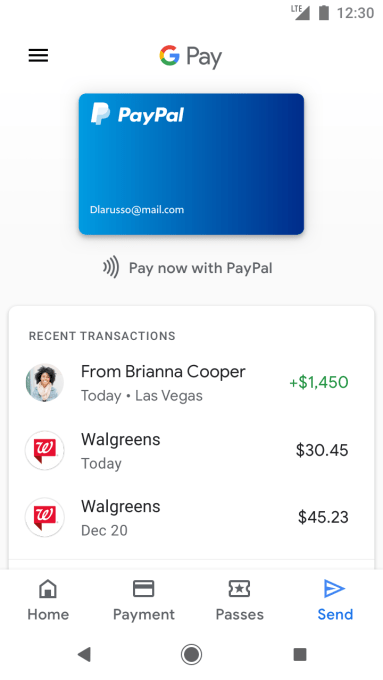 Google earlier this year rebranded all of its payment services under Google Pay to help it double down on making transactions across its platform more frictionless (and more used). Now comes another development: PayPal and Google are kicking off a deep integration, where users who add their PayPal details to their Google Pay accounts will be able to pay bills and for other items, using PayPal, without logging in and without leaving the Google services.

The integration, when it goes live later this year, will cover apps like Gmail, YouTube, Google Store and any services using Google Pay — and it will include not just payments but also peer-to-peer transfers.

This is not the first time that Google and PayPal have worked together — the latter has been a payment option in Google Play since 2014, in-store, and in online transactions that were managed by Google and a Google Pay option since last year. And similarly, Google itself has a number of other partners from the payments world, including Braintree, Stripe, Cybersource, Vantiv, Visa and Mastercard.

This new phase of the relationship is interesting for how it benefits both sides. For Google, it will mean that users are less likely to leave Google sites to complete a transaction, potentially never to return; and will give users one more option for how to pay for things, making Google’s own sales more likely to be completed rather than abandoned. For PayPal, it will give users one more easy option for using its rails when buying things, and that will translate into more transaction revenues for PayPal. 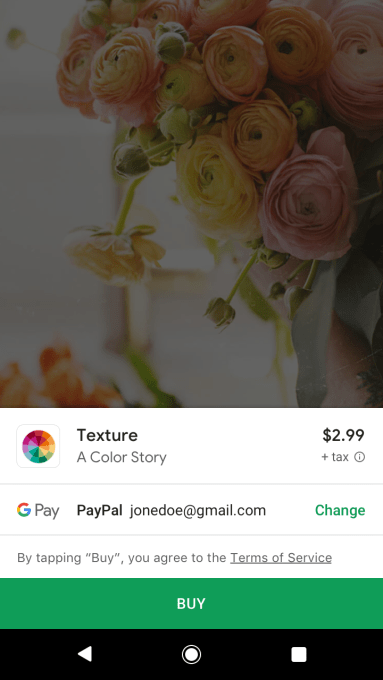 We’re in an interesting phase in the world of payments at the moment. The challenge is no longer getting people used to the idea of paying online: a substantial proportion of consumers in developed markets are willing and able to pay for items on digital platforms. The problem is one of trying to capture and keep users’ attention: there are potentially now too many payment options, and too many places for us to visit too easily. The struggle for app publishers, platform owners, and others now is to keep people engaged in your product, rather than migrating elsewhere, which could lead to people abandoning their purchases and also leaving your service for another one.

This is part of the reason why Amazon is so effective: it provides a very seamless and quick way for people to browse and buy things, even more so if you are a Prime subscriber.

In payments, this is translating into a new wave of services where transactions are being enabled at the point at which you need them, with minimal friction: no log-ins, no jumping to new sites or apps, no additional steps. Google and PayPal are not the only ones who are now knitting all of this together more tightly.

Just earlier this month, Microsoft integrated its own answer to Google Pay, Microsoft Pay, into Outlook precisely for this reason, with Stripe as one of the first active integration partners. And PayPal itself is buying mobile payments company iZettle to close the loop better on point of sale payments in markets like Europe.

I asked Bill Ready, the EVP and COO of PayPal (and previously the co-founder and head of Braintree), why it’s taken this long to get this integration in place on Google. I didn’t get a direct answer, but a hint that although tighter integration is the goal, it’s not always that easy to stitch together services from different silos:

“We are always looking for ways to improve the experience and to make payments even more seamless and secure for our customers wherever they want to pay,” he said. “After the successful launch with Android Pay last year, which built on our existing integration with Google Play, our teams came together to enable this new experience, which will allow customers in the U.S. who add PayPal to any one of Google’s services to be able to pay across the Google ecosystem, anywhere that PayPal is offered as a payment method, with only minimal setup.”