If the whole map is red and it’s a short ride, maybe you’d prefer taking an Uber JUMP Bike instead of an UberX. Or at least if you do end up stuck bumper-to-bumper, the warning could make you less likely to get mad mid-ride and take it out on the driver’s rating.

This week TechCrunch spotted Uber overlaying blue, yellow and red traffic condition bars on your route map before you hail. Responding to TechCrunch’s inquiry, Uber confirmed that traffic estimates have been quietly testing for riders on Android over the past few months and the pilot program recently expanded to a subset of iOS users. It’s already live for all drivers. 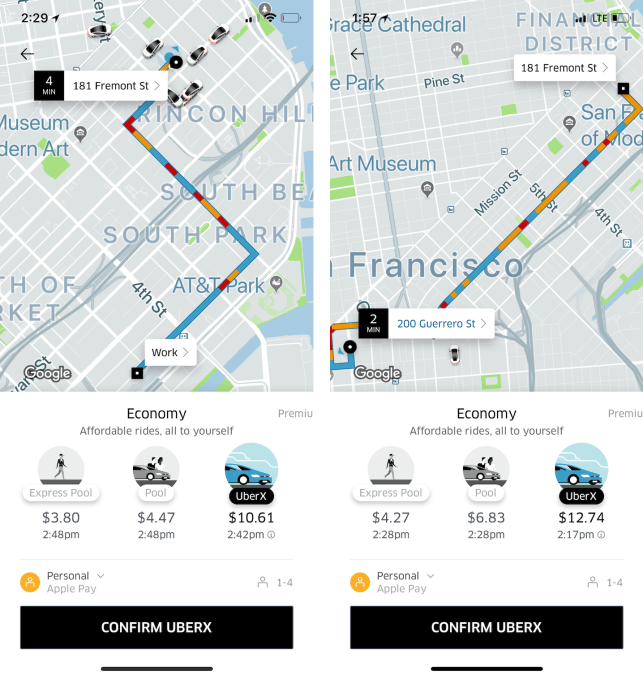 The congestion indicators are based on Uber’s own traffic information pulled from its historic trip data about 10 billion rides plus real-time data from its drivers’ phones, rather than estimates from Google that already power Uber’s maps.

If traffic estimates do roll out, they could make users more tolerant of longer ETAs and less likely to check a competing app since they’ll know their driver might take longer to pick them up because congestion is to blame rather than Uber’s algorithm. During the ride they might be more patient amidst the clogged streets. 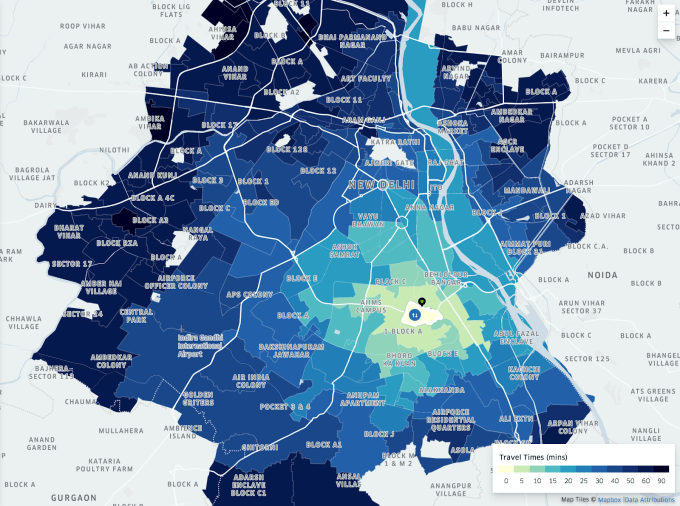 Uber’s research into traffic in India

But most interestingly, seeing traffic conditions could help users choose when it’s time to take one of Uber’s non-car choices. They could sail past traffic on one of Uber’s new electric JUMP Bikes, or buy a public transportation ticket from inside Uber thanks to its new partnership with Masabi for access to New York’s MTA, plus buses and trains in other cities. Cheaper and less labor-intensive for Uber, these options make more sense to riders the more traffic there is. It’s to the company’s advantage to steer users toward the most satisfying mode of transportation, and traffic info could point them in the right direction.

Through a program called Uber Movement, the company began sharing its traffic data with city governments early last year. The goal was to give urban planners the proof they need to make their streets more efficient. Uber has long claimed that it can help reduce traffic by getting people into shared rides and eliminating circling in search of parking. But a new study showed that for each mile of personal driving Uber and Lyft eliminated, they added 2.8 miles of professional driving — for an 180 percent increase in total traffic. 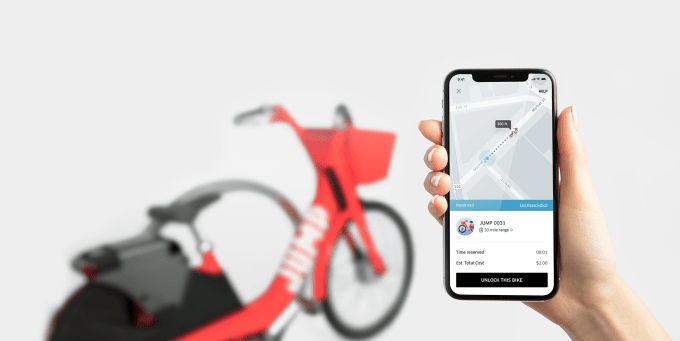 Uber is still learning whether users find traffic estimates helpful before it considers rolling them out permanently to everyone. Right now they only appear to a small percentage of users on unshared UberX, Black, XL, SUV and Taxi routes before you hail. But Uber’s spokesperson verified that the company’s long-term goal is to be able to tell users that the cheapest way to get there is option X, the quickest is option Y and the most comfortable is option Z. Traffic estimates are key to that. And now that it’s had so many cars on the road for so long, it has the signals necessary to predict which streets will be smooth and which will be jammed at a given hour.

For years, Uber called itself a logistics company, not a ridesharing company. Most people gave it a knowing wink. Every Silicon Valley company tries to trump up its importance by claiming to conquer a higher level of abstraction. But with the advent of personal transportation modes like on-demand bikes and scooters, Uber is poised to earn the title by getting us from point A to point B, however we prefer.