Halide, the premium iOS camera app from ex-Apple designer Sebastiaan de With and Twitter engineer Ben Sandofsky is today launching one of its biggest upgrades since its arrival last year. The updated app includes a Self-Timer, redesigned photo reviewer, accessibility improvements, and more. But perhaps its best feature is the ability to take better control over your photo privacy – by pulling the location information out of your photos’ metadata before you share.

What has made Halide stand out from others was its combination of an attractive, gesture-based interface designed to simplify the use of pro camera features. This made the app a great option for casual photographers and pros alike.

The existing app includes features like a manual focus dial, an intelligent automatic mode for getting the sharpest shot, RAW and JPG capture support, a grid and level tool, and live histogram.

Now the app is gaining a handful of other useful additions, like the new Apple Watch companion. 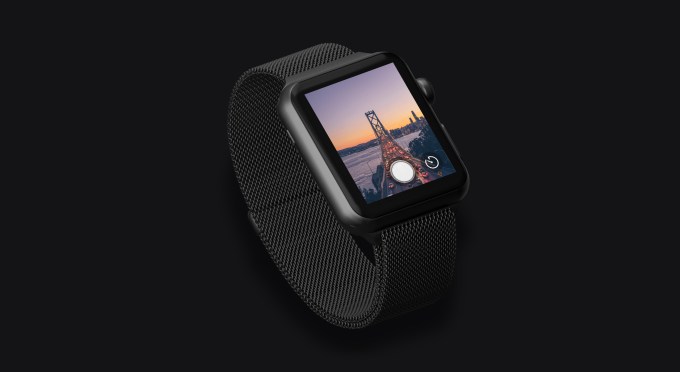 With the Apple Watch app installed, photographers can do things like remotely frame their shots, trigger Halide’s shutter and set timers. That way you can position your shot and then snap it, right from your wrist.

However, users without an Apple Watch can use the new Self Timer function instead. With this, you can set a timer of 3, 10 or 30 seconds. When activated, the shutter button stays depressed and you’ll see a countdown in the icon around the button itself.

The updated app also introduces a new photo reviewer. Users can now scroll through a grid of their shots, then flip back to the camera to snap more. 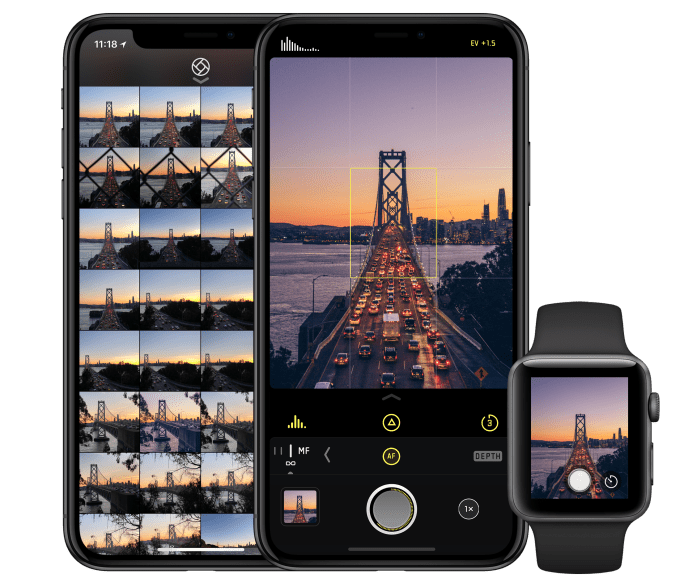 Accessibility improvements rolling out today include the addition of Dynamic and Bold Type and VoiceOver support. Halide’s creators note, too, that the 30-second timer was built with accessibility in mind – allowing users with more limited mobility a better way to take photos.

However, one of the app’s bigger changes is around photo privacy.

Many people don’t know (or forget to think about) that our personal photos contain a lot of private data. Hidden in the photo file’s metadata is information about the camera, lens and flash settings, date and time, and the geolocation of the photos. That’s information that you may not want to share – especially if you’re planning to post the photo publicly to the web or on social media.

Halide now makes it simple to remove location data from the photo with the flip of a new toggle switch. And it can aid you with limiting the location sharing with Facebook, Instagram and WhatsApp, too.

The company isn’t talking about download numbers, but says its app is now being used by over 100,000 people on a monthly basis, according to Apple’s opt-in analytics. (Halide doesn’t use third-party tracking.) That’s fairly decent number for a paid application serving the more niche pro consumer crowd.

“Considering we don’t pursue growth tactics like emails or push notifications, we’re incredibly proud of this,” says Sandofsky of the usage. “We think we’ve solved a genuine need for many people,” he adds.