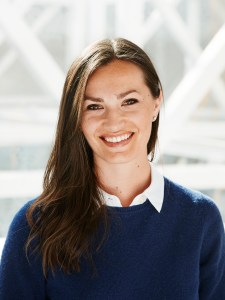 There’s a battle going on for tech talent in the Bay Area, and private companies increasingly are turning to M&A as a way to bring new members onto their teams. Following along on that trend, Airbnb has hired Sara Adler, who had previously worked at Dropbox and Facebook, as its head of corporate development.

Adler will step into the newly created role to create some structure in Airbnb’s corporate development efforts. She joins the company after spending the last few years at Dropbox in a similar position. During her time at Dropbox, Adler oversaw the acquisition of various companies such as Bubbli, Hackpad, CloudOn, and Pixelapse. Prior to that, she served in corporate development at Facebook from 2011 to 2013, during a heavily acquisitive period in that company’s history.

At Airbnb, Adler hopes to bring a little more structure to the corp dev function within the organization. In so doing, she will look to accelerate the product roadmap and business initiatives through the acquisition of teams and technology that are complementary to what the company already has.

Over the years, Airbnb has made a number of small acquisitions to improve its product and even to add supply to its marketplace for short-term rentals. But most of those deals have been done in sort of an ad hoc fashion. With the hire of Adler, Airbnb hopes to create a more formalized process for making acquisitions and adding to its team.

The push behind its corp dev machine comes as Airbnb has raised a big new round of funding that can be used to make those acquisitions. That round could bring in as much as $1 billion, and will value the company at $20 billion, according to our sources. With a huge war chest and a desire to continue improving its products and services, we could see Adler’s team move aggressively in the coming months.