Only days after revealing its first dedicated photo management and sharing application Carousel, Dropbox is announcing it has acquired cloud photo storage and sync service Loom, a favorite among iOS users. The company, which currently offers apps for iPhone, iPad and Mac, as well as an online experience, says it will no longer be enrolling new users and will work to transition existing customers to Dropbox by May 16, 2014, at which point Loom will be shut down.

Also announced is Dropbox’s acquisition of Hackpad, a lightweight, document-collaboration web and mobile application. Both services are Y Combinator alums.

According to the company blog post, users will be able to export data directly to Dropbox with no interruption in service. They will then receive a follow-up email with more details.

Loom co-founder Jan Senderek says the decision was not made lightly:

We know this is a big deal. This decision was made with great care. We have worked hard on our product and feel that our vision aligns perfectly with Dropbox’s vision for Carousel. Dropbox has invested the past seven years focusing on building a secure home for your files. And now with Carousel comes a home for your photos and videos as well. We share the common goal of crafting a high quality product, always putting users’ needs first. After spending some serious time investigating if this was the right move for us, we realized that Dropbox has solved many problems around scaling infrastructure and at Dropbox the Loom team will be able to focus entirely on building great features with a fantastic user experience. We are enthusiastic about being able to contribute our ground level perspective to help craft a beautiful experience for our users. And at the end of the day, that’s what matters most to us.

What made Loom, a pivot from Y Combinator-backed Popset, so interesting was that it was fairly straightforward in its design – an effort the company made to appeal to a more mainstream user base. That’s the same demographic Dropbox also targets with its own service, in fact.

Plus, Loom also helped users save space on their mobile devices by serving as the default photo album replacement application. To do so, Loom stored photos in their original sizes on its servers, then created multiple, smaller versions for access on mobile phones and tablets. Users could then empty out their Camera Roll while still having access to all their photos in Loom where they could be organized into albums and shared with friends.

Loom tells us that the entire seven-person team is joining Dropbox as of now. 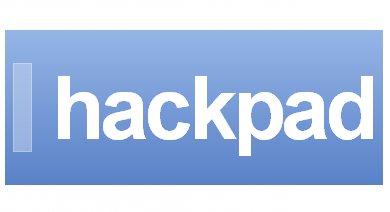 Around the same time as the Loom announcement, Hackpad also announced it would be joining Dropbox. This collaborative documents service was a favorite for taking notes at conferences and events due to its ease of use and real-time aspects, and worked well for company wikis, personal note-taking, classroom notes and more. It also plays into Dropbox’s larger plans to move into online collaboration – something it also helped further through a recent acquisition of a workplace chat solution called Zulip.

Hackpad, also backed by Y Combinator, touted on its site customers, including Airbnb, Stripe, Upworthy and others.

Dropbox has been on an acquisition spree as of late, also acqui-hiring social reading app Readmill, as we previously reported.