ShopInterest.co, an e-commerce platform that lets anyone turn their Pinterest boards into online stores, is today announcing a small, undisclosed investment from 500 Startups, via its newly acquired fund Mexican.VC. It’s the first investment 500 Startups has made into the Pinterest ecosystem, says ShopInterest CEO Francisco Guerrero, also the creator of Pinterest analytics platform Pintics.

Now that the team is solely focused on the e-commerce space, Pintics will be shut down next month and users transitioned to former competitor Pinfluencer.

Guerrero first started working on Pintics in January 2012, thinking of it as something of a mashup between Pinterest and Google Analytics. At the time, there was some limited API availability that allowed it to work, and only a couple of companies had yet to enter the Pinterest analytics space. Pintics was one of the first to track what happened after a user clicked a pin and completed a purchase. But the same soon become crowded, despite the lack of an official API from Pinterest.

“At the same time, our user base expressed an interest is leveraging Pinterest for selling, and shared with us that there was a lot of duplicative work between selling via Etsy, Ebay and posting in Pinterest,” Guerrero explained. Over a weekend spent at the AngelHack Hackathon in Palo Alto, the Pintics team (co-founders Guerrero and Liang Huang, along with designer Tom Hodgins, Yisha Peng and Jianqing Sun) built ShopInterest.

The easiest way to describe what the service does is to call it a “Shopify for Pinterest.” Like Shopify, ShopInterest is a DIY service, but in this case, it’s not about building a traditional online store – it’s about turning your Pinterest board into a store. To get started with the service, users sign in, select the boards where their products are shown, add a description, price and shipping charges, and select how they want to get paid. The rest of the setup is handled by ShopInterest. 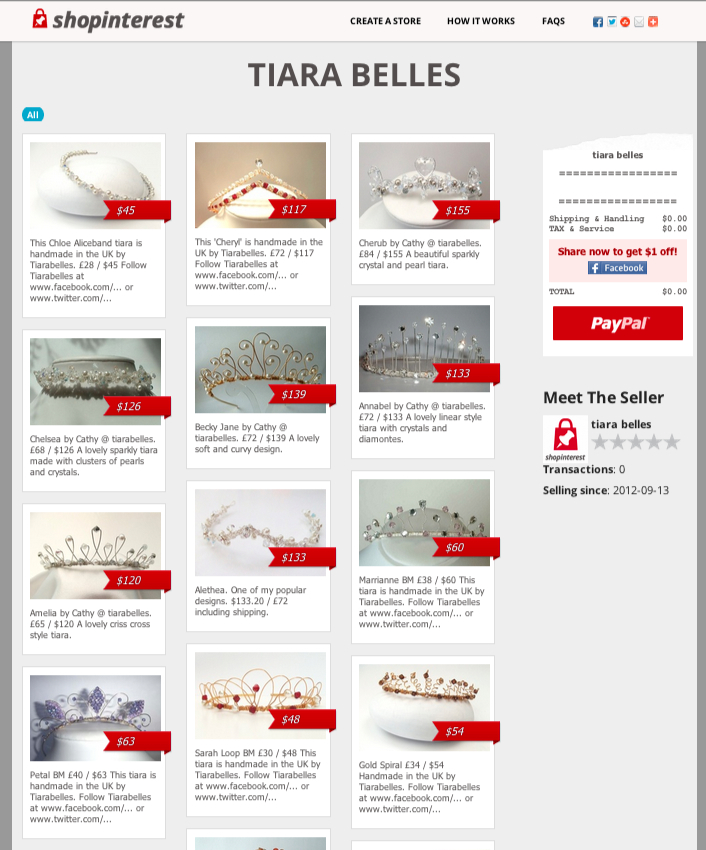 The new investment, though small, is enough to help ShopInterest get ready for the upcoming holiday season, which will serve as a true test for the ShopInterest. Guerrero thinks that this season will be the first where the industry will really begin to feel Pinterest’s impact across all of e-commerce. “Millions of dollars will be generated via Pinterest traffic this holiday season,” he says. “We want our users to get their share.”

The team will continue to work out of its current San Jose location, but will now receive mentorship from both 500 Startups and Mexican.VC mentors. The Pintics service, meanwhile, will remain up-and-running until October 31st, allowing customers to transition over to Pinfluencer.

For TechCrunch readers, the first 100 users to launch a store in the next 24 hours will be able to sell for free until December 31st, instead of having to pay subscription fees.