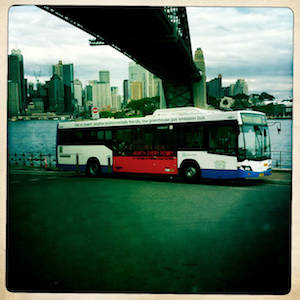 It’s pretty rare for a story to be one part sad, one part fascinating, and twenty parts sleazy. Luckily, Facebook and Burson-Marsteller have just handed exactly that to us on a silver platter.

As you’ve undoubtedly seen by now, last night The Daily Beast’s Dan Lyons’ broke the story wide open about how the social network hired the PR firm to plant negative stories about rival Google in the press. As Mike wrote last night, it’s “not just offensive, dishonest and cowardly. It’s also really, really dumb.” And it keeps getting better.

Now one of the sleazy companies in this sordid affair, Burson-Marsteller, is throwing the other sleazy company, Facebook, under the bus.

In an email sent to PRNewser this morning, the PR firm is confirming their involvement (as if that was still in question), defending themselves and their actions, and blaming Facebook for bringing the work to them in the first place.

In other words, they took the job, fucked it up, then blamed the client. Brilliant.

Let’s break down the Burson-Marsteller’s statement:

Now that Facebook has come forward, we can confirm that we undertook an assignment for that client.

If they hadn’t come forward, we wouldn’t have either. But since they’re potentially ruining us, screw you too, Facebook.

The client requested that its name be withheld on the grounds that it was merely asking to bring publicly available information to light and such information could then be independently and easily replicated by any media. Any information brought to media attention raised fair questions, was in the public domain, and was in any event for the media to verify through independent sources.

Facebook was asking us to do something shady, which we were totally fine with at the time. After all, this information is public, so why not do humanity a favor and pitch it to journalists for a smear campaign? We were really just doing journalists a favor — how’d they miss this golden information anyway? Maybe we should be journalists (again). At least we know to do our homework when getting pitched something sleazy. Oh wait, the journalists didn’t bite. So our argument trying to throw journalists under the bus doesn’t work either. Shit.

Whatever the rationale, this was not at all standard operating procedure and is against our policies, and the assignment on those terms should have been declined. When talking to the media, we need to adhere to strict standards of transparency about clients, and this incident underscores the absolute importance of that principle.

After we just fed you that bullshit excuse, here’s the real deal: we shouldn’t have done this. Or perhaps more accurately, we shouldn’t have agreed to terms under which we were likely to be caught. Next time we take one of these assignments, we’ll simply throw the client under the bus immediately so we look like the good guys to the journalists and public. Or we’ll cover our asses better. And ask for more money.

Update: Facebook, You’re Going To Need A Better Answer For Your Slimeball Stunt