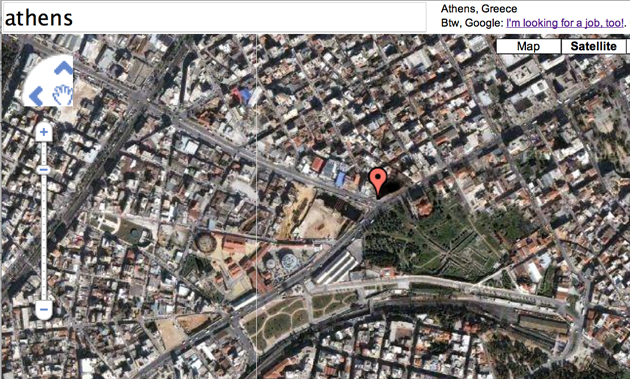 So Gmail Instant would actually be useful, but seriously what’s next, Google Calendar Instant? Google Image Search Instant? Okay, maybe those would be helpful too. In fact it’s really difficult to think of a Google service that wouldn’t benefit at least slightly from Instantization.

Inspired by Google Instant and the story of engineer Feross Aboukhadijeh, who got a YouTube job offer via his YouTube Instant experiment, Alabama-based developer Michael Hart used jQuery and the Google Maps API to build Google Maps Instant, a pretty nifty Google Maps updating search for anywhere in the world. Much like Feross, Hart is also looking for a job.

According to Hart, the Instant interface, which “instantly” travels to the place it auto predicts you’re looking for, was created in 193 revisions and 4 hours (he’s still working on the Maps pins and the iPhone/Android functionality). But, while being able to instantly watch the permutations of where you’d like to go is kind of cool, I don’t think Google Maps Instant has the potential for YouTube Instant-level moments of serendipity, yet. My most recent YouTube Instant “moment,” below.