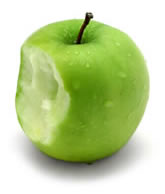 When Phil Schiller, Apple’s senior VP of Worldwide Product Marketing, introduced MobileMe onstage at the WWDC keynote in June, the audience was wowed into believing that the most stylish hardware and software company had transformed itself into a formidable Internet service provider right before its eyes.

MobileMe not only promised to be exceedingly functional – an “Exchange for the rest of us” that would synchronize our emails, contacts, calendar appointments and photos across devices using push technology – it was also exceedingly beautiful. By applying its legendary design expertise to the SproutCore JavaScript framework, Apple had created a browser-based hub that not only empowered consumers with device flexibility; it also raised the notion that Apple would become a major player in cloud computing, even if MobileMe was technically only an upgrade to the six-year-old .Mac service.

But alas, the transformation has proven itself to be more of a slog than Apple had hoped. After a false start, persistent outages, and all-around bugginess, Steve Jobs has admitted to employees in an internal email that “it was a mistake to launch MobileMe at the same time as iPhone 3G, iPhone 2.0 software and the App Store,” and “the MobileMe launch clearly demonstrates that we have more to learn about Internet services”. This is an atypical admission by a company known for its well-maintained image of impeccability. It also raises the question of whether Apple will be able to metamorphize as services and software move online around it.

Apple is certainly not without its previous Internet successes, namely the iTunes Store with its paid music and movie downloads. The store’s success appears to be why Eddy Cue, Apple’s VP of iTunes, has been put in charge of all Apple Internet services following the MobileMe mess. But it has yet to be seen whether Cue can translate his experience deploying an Web-connected desktop app within a proprietary framework (iTunes) into a more distributed, browser-based platform that competes with the likes of Live Mesh and SugarSync. And then there is the question of whether Google will ever add desktop syncing to its webtop services, competing even more directly with the MobileMe offering.