When competition is tight, companies tend to turn inwards and build higher walls around their ideas. The public sphere becomes ruthless and tight-fisted, and development becomes hushed. But in an industry where information is of paramount importance, the growing movement known as open source development is showing how intellectual property can, and perhaps should, be shared freely.

Up until 10 to 20 years ago, the field of software development was secretive and siloed. Developers toiled away in the shadows, waiting until every line of code was finalized and commercialized before promoting their projects. The open source model, on the other hand, promotes transparent and community-based software development, in which developers share their code with others for free. In turn, the community provides valuable feedback, potential use cases and, sometimes, actual lines of code.

It’s not a reach to say that the open-source model has upended the industry by changing how software is produced and consumed. We’ve partnered with Intuit and tapped several experts to shed some light on the many ways open source is positively impacting the tech sector — and could even serve as a model in other areas. Read on to learn more about exactly how the movement is challenging traditional notions of development.

The inherent contradiction of sharing the inner workings of a new program is part revolutionary, part logical. On one side, a growing group of developers are more interested in prioritizing innovation over business. They want to see elegant code solve pressing problems and make an impact on society through community collaboration, an environment where software programmers who work in different industries can contribute to a shared cause. 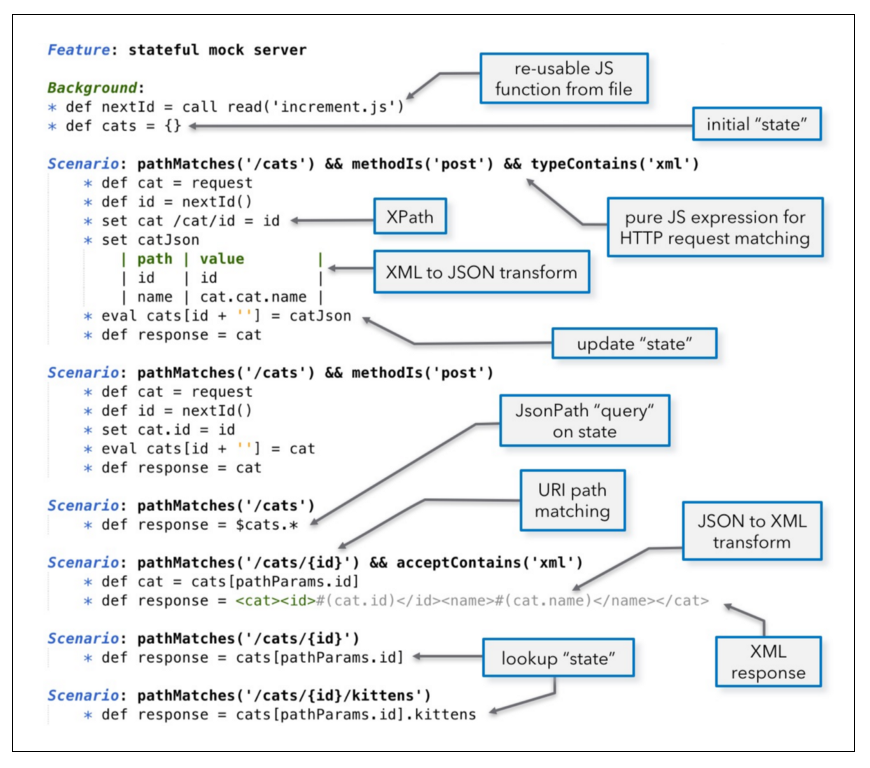 An example of the simplicity in writing a stateful test-double for a REST service on Karate.

The logical part comes from the return on investment: businesses have found that there are shared benefits from an open source approach. Open sourcing a project can speed up development and problem solving, and highlight potential blindspots that an individual company may have missed. And because open source projects aren’t solely driving toward the bottom line, the people working on them are doing so out of genuine intellectual curiosity.

“With open source, engineers choose to work on challenges that are close to their hearts,” says Peter Thomas, Distinguished Engineer at Intuit and the creator of Karate, a popular open source project for web-service API testing. “Often, the solutions also match business needs and that’s where the real magic happens. For example, with Karate, we saw not only that our own engineers embraced it, but it increased our developers’ velocity and improved the quality of our web services for end users.”

2. Open source proves the power of diversity and inclusion

When a team does not have diverse points of view, the ceiling to innovation can be much lower. Without differing opinions and perspectives, new ideas are slow to catalyze and individuals settle into a comfortable status quo.

In the case of software development, using a tool or platform for a single use could mean there are missed opportunities for real impact. Developers from all over the world and from various industries peruse open source projects, and that diversity of opinion pushes development further than previously possible.

“Open source users may have other cases they’d like solved that we never thought of,” says Saradhi Sreegiriraju, Director of Product Management at Intuit, a member of the Argo project that consists of Argo Workflows, which is a container native workflow engine; Argo CD, a declarative continuous deployment solution; Argo Events, an event-based dependency manager; and Argo Rollouts, a deployment strategy controller.

These tools collectively help organizations take advantage of Kubernetes. “Many of these organizations contribute back to the project and sometimes ask us to enhance it, which provides an additional way of thinking about it. You always learn from what other people are doing, and in that way, these projects continue to get better and serve additional use cases.”

3. Open source reveals the real value of a project

It can be difficult for individuals or companies to determine the real worth of something in isolation. But with open source, the response of the community is more organic. If people check out your project, shrug and move on, then maybe it’s not as groundbreaking as you thought and your time would be better spent elsewhere. But if it gains momentum, adoption and feedback, you could be onto something.

Community input can be invaluable for business leaders trying to determine whether a project is viable or not. Thomas’s manager at Intuit, for example, encouraged him to open source Karate for this very reason. By opening up the project to the open source community, the program received a resounding vote of confirmation, and the company knew the time investment was worth it.

“One of the true signs of the health of an open source project is when you have people from all over not just using it, but actually contributing code,” Thomas says.

In addition to open source helping to enhance creativity, diversify collaboration and offer real-world validation, it allows projects to develop faster. When multiple tools are developed cooperatively in tandem, efficiency increases. Think of platform infrastructure, for example, and a tool that runs on top of it. As each improves and pushes the other, the development cycle reinforces itself.

All of those improvements ultimately lead to better software that helps consumers and organizations innovate faster.

Sreegiriraju uses the example of check cashing, a thorny financial problem that many different players in the space are trying to solve. The difference between a check clearing in one day versus five days could mean the difference between sustainable cash flow or not for thousands of small businesses.

When multiple companies are open sourcing their approaches, that problem will get solved much more quickly. Sreegiriraju points out that several major financial companies used Argo for their own solutions, which in turn were open sourced, such as Argo Events. That level of collaboration can make a meaningful impact on the program’s intended users.

The traditional model of companies working in silos and then competing in public gets exposed in the face of open source. With more collaboration and work in the public sphere, the technology industry benefits as a whole as the overall quality of code improves. Pertinent problems are solved more quickly — and users’ lives are made easier — as the technologies become proven more reliable, efficient, and scalable across different applications.

Witnessing what has happened in the software development world could prove to be a valuable example for countless other industries and workflows. And with powerful new technologies allowing unprecedented communication and collaboration, there are no technical limits to it happening at scale.

“[Open source] creates symbiotic relationships where the best ideas win,” says Sreegiriraju. “Companies should get used to working in the open, helping each other achieve their missions and learning from each other to advance important causes more quickly and with greater ease.”

FROM INTUIT:
Although it’s been more than a decade since the great recession, financial hardship continues to be a fact of life for most Americans: They’re rent burdened and often find it hard to transition into home-ownership or self-employment, and many of their financial struggles — compounded student loan debt and stagnant wages — are coming to a head. That’s why Intuit is bringing you “Prosperity: Empowered,” a series that empowers individuals to take control of their personal finances by building the products that help break this cycle and achieve financial prosperity on their own terms. To learn more about how Intuit works to solve the world’s hardest problems with technology like image recognition, CUI and assisted experiences to power prosperity throughout the world, visit intuitcareers.com.