GitHub CEO Nat Friedman is stepping down from his role on November 15 to become the Chairman Emeritus of the Microsoft-owned service. Thomas Dohmke, who only recently became GitHub’s chief product officer, will step into the CEO role.

When Microsoft acquired GitHub in 2018, there was quite a bit of worry in the developer community that it would be an overbearing presence and turn the code sharing and collaboration service into a Microsoft-first platform. With Friedman, who thanks to his developer and open source background brought a lot of community goodwill with him when he took the job, GitHub remained independent and platform-neutral during his three-year tenure.

As Dohmke told me, that’s not going to change under his leadership. As he noted in an interview ahead of today’s announcement, Friedman had asked him to come on board after the acquisition. The German-born Dohmke is probably best known as the co-founder and CEO of HockeyApp, which Microsoft acquired in 2015.

“In 2018, Nat picked me to lead the GitHub deal from the Microsoft side,” said Dohmke, who had risen in the ranks of Microsoft’s developer division since the acquisition of HockeyApp. “It was a really exciting time for me. It was kind of like getting back to my CEO roots even then because I was leading all the different deal functions. GitHub has a lot of aspects outside of the product and engineering world that needed to be figured out. And then Nat asked me to join GitHub with him, which I gladly accepted. I ran strategic programs and special projects at GitHub.” 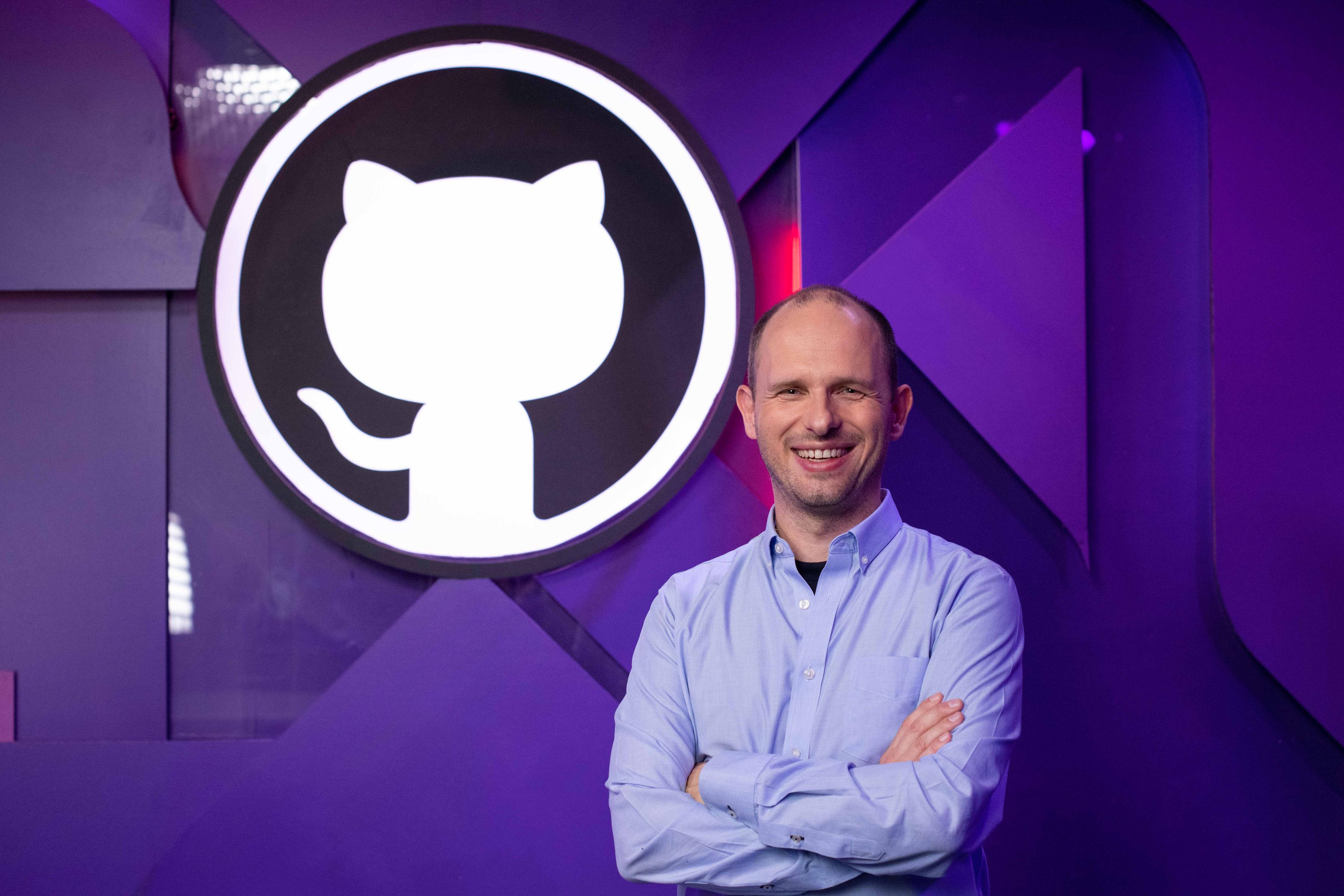 One of his first projects was to make private repos free for all developers in early 2019. And while most developers are probably aware of that, Dohmke himself admits that he doesn’t have the public profile that Friedman had when he stepped into the CEO role, but he stressed that his background as a developer and open source advocate fits into the overall line of GitHub CEOs of the past.

“I hope people will look back on the last few years with Nat as the leader of GitHub and be excited and grateful for all the things that have shipped and made GitHub a better place for software development,” Dohmke said. “I hope they’re looking back at this era as one of the great eras of GitHub. During the time of the Microsoft deal, people were nervous about what this will mean for GitHub’s independence. Are we getting closer to Microsoft? I think we have proven over the last few years that we will stay independent, that we will stay cloud-neutral and that we do the right thing for the developers and that we put the developers first. Hopefully, they see this transition as a continuation of the tradition of GitHub CEOs being developers. The previous CEOs, we are all developers, Nat was a developer, I’m a developer. I hope everybody’s excited about where we will go as a company and how we will innovate and make developers more productive.”

He did note that his overall style is a bit different, though, with his focus more on execution than necessarily being a visionary.

“Over the last few years that we have been working together very closely, a lot of our styles have aligned and we have very close conversations almost daily. I think Nat is a little bit more visionary and seeing the future — and I have a little more of the execution-style of focusing on what has to ship now. But I think we both share that we are very customer-obsessed,” Dohmke explained.

Looking ahead, though, Dohmke, who still likes to take on a few mobile-centric private coding projects in his spare time, isn’t planning to make any major changes right away. Instead, a lot of what he described is the continuation of the trajectory that GitHub is already on — and to continue its march to getting 100 million developers onto its platform. In his view, there are four pillars to this.

First of all, the company will continue to build out AI projects like Copilot. As Dohmke noted, in the last few years, GitHub worked a lot on the CI/CD side of software development — everything that happens after the pull request. “With artificial intelligence and Copilot, we’re bringing this to the inner loop, to what developers are doing on their laptops, what they’re doing in their editor,” he said.

The second pillar he described is Codespaces, GitHub’s cloud-based developer environment, backed by Visual Studio Code. The idea here, he said, is to ensure that GitHub can meet developers where they are — and free them from having to set up complex development environments for every new project.

The third pillar is, unsurprisingly, the GitHub community. “If you think about creator communities today, we think about TikTok, and YouTube and Substack,” he said. “But really, open source was one of the original creative communities going back to the ’90s. If you think about the early days of open source, the early days of Linux — this is all about creating stuff and sharing stuff with the world and partnering with each other to create this universe of software. And so we think GitHub is becoming more and more of a creative community, or, if you will, it was one of the original creator communities when it started in 2008.”

Security, in Dohmke’s mind, is the fourth pillar for GitHub to build on top off — and that has obviously been a focus for the company for a while. Dohmke himself helped lead some of the acquisitions in this space, including the Dependabot and Semmle acquisitions in 2019.

Dohmke only became GitHub’s CPO in August, and it looks like he didn’t expect to be in this new role quite this quickly.

“In August, I didn’t know that I would already become the CEO, but from talking to Nat as a friend, from talking to Nat as a peer, a partner within GitHub, I knew at some point that his heart is elsewhere and he wants to go back to his entrepreneurial roots and explore the startup scene more,” Dohmke told me. “So this has been for a while coming and we were preparing for an orderly transition.” As part of his role in the GitHub leadership team, he had already been in all product reviews for the last three years.

Friedman confirms that he wants to return to the startup scene. “With all that we’ve accomplished in mind, and more than five great years at Microsoft under my belt, I’ve decided it’s time for me to go back to my startup roots,” he writes in today’s announcement. “What drives me is enabling builders to create the future. I’ve loved working with and learning from developers who are building new tools and new projects, solving thorny problems, and creating magic out of code. That’s why I’m moving on to my next adventure: to support, advise, and invest in the founders and developers who are creating the future with technology and tackling some of the biggest opportunities of our day.”

It’s hard to blame him. He sold the Xamarin to Microsoft in 2016 and stayed longer than most would’ve expected. In part, that’s surely due to the fact that he was offered the role as GitHub’s CEO. We’ll keep an eye on what he does next. There is a good chance it will involve a monkey as a mascot, after all.

Xamarin CEO Nat Friedman on getting acquired by Microsoft

Microsoft has acquired GitHub for $7.5B in stock