Gone — or at least on hold for a long while — are the days of hanging around a coffee shop, poking around the internet on the free Wi-Fi while sipping the same coffee for three hours. The entire idea feels kind of alien right now. A little anxiety-inducing, even.

But coffee shops still want to find ways to safely stay in business, and people still want their coffee. With many states limiting orders to pickup/to-go, mobile ordering is seeing a massive uptick across the food industry. That’s great for Starbucks and anyone else who already had mobile ordering in place, but it leaves many smaller shops scrambling for a solution. Building your own app is complicated — and getting people to download it can be its own challenge.

For the last few years, Seattle-based Joe Coffee has been building a mobile ordering “network” for indie coffee spots — basically, a one-stop app for ordering from nearby coffee shops that aren’t Starbucks. The team had raised $2.2 million previously; after seeing a massive uptick in usage and interest from coffee shops in recent months, the company has raised another $1.3 million to scale up with demand.

This round — a second seed, as the company calls it — is led by Craft Ventures, and backed by Flying Fish Partners (which also invested in Joe’s previous funding).

Joe Coffee’s role here is a two-parter: On the consumer side, they provide the mobile app and web interface for taking orders and offering up promos, with a loyalty points system that works across the “Joe network.” On the coffee shop side, they’re providing signage to get customers into the app, the interface for baristas to process orders and set up deals, along with reporting/analytics to help figure out what’s working best. In exchange, they take 9% per order, which includes credit card processing fees. 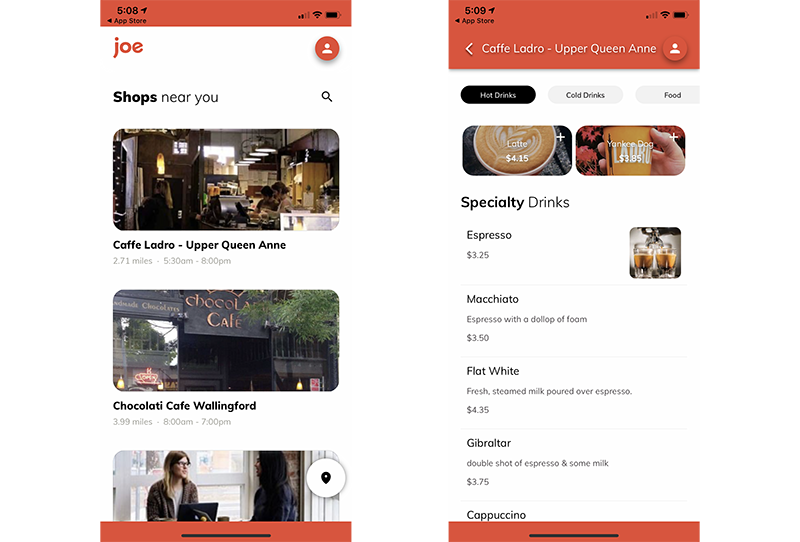 Joe Coffee initially focused strictly on its home turf of Seattle, where it’s supporting around 300 coffee shops. They started to expand to other regions in August of last year, opening it up nationwide in January of 2020; today, Martin tells me, they’re working with more than 1,000 shops across the U.S.