Last year, we asked whether Samsung was getting serious about robotics. A year later, we’re not any closer to answering the question. This year’s presser played out roughly the same as last on the robotics front — all flash and little productizing to show for it.

Samsung’s approach to robotics thus far appears to be the model of many other big electronics companies. It’s flirtation with a technology that brings some sense of showmanship to the stage and booth. There’s no better example than Bot Chef. I got a preview of the tech in Samsung’s booth this week, pitched as “an extra set of hands in the kitchen.”

You can’t fault the technology for not being ready for prime time, at this point, of course. That’s not really the point yet. The question, however, is how serious Samsung is about bringing a pair of robot arms to kitchens across the globe to sauté tofu and liberally apply Sriracha. I would love to say “very,” and that the different demos were things the company was actively pursuing delivering on these products.

The futuristic theme of last night’s keynote, however, implied that the company is offering up hypotheticals for what a future could look like — not what it will. Even Ballie, which seems a more realistic addition to the company’s smart home strategy is also still very much conceptual. As with last year’s robot demos, I wasn’t able to get an answer from the company about how much of the robot’s functions were autonomous and how much were choreographed. It’s a cool demo regardless. But is it a serious one? 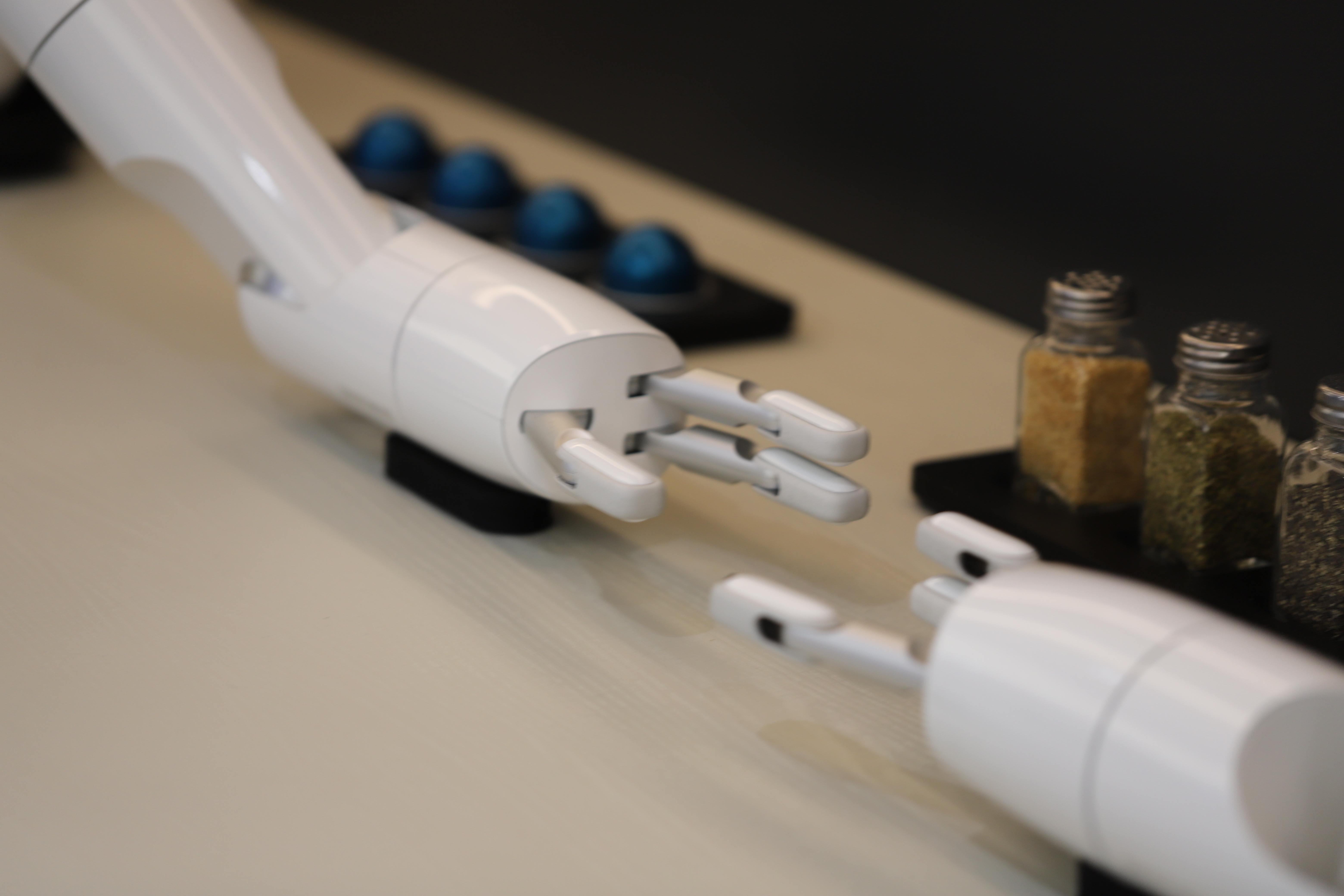 At the end of the day, I hope Samsung is getting serious about the category. The company has tremendous resources and a lot of smart people. If it really takes the leap, it could be a key player in making robotics more mainstream among consumers. For now, however, I’m unconvinced.