Lime, the well-funded startup known for its fleet of brightly colored dockless bicycles and electric scooters, has a new way for its customers to get around: cars.

Beginning this week, Lime users in Seattle will be able to reserve a “LimePod,” a Lime-branded 2018 Fiat 500, within the Lime mobile app. There will be 50 cars available to start as part of the company’s initial rollout. Lime plans to increase that number at the end of the month.

“LimePods, Lime’s car-sharing product line, a convenient, affordable, weather-resistant mobility solution for communities,” a spokesperson for Lime said in a statement provided to TechCrunch. “The ease of use of finding, unlocking, and paying for cars will be consistent with how riders use Lime scooters and e-bikes today.” 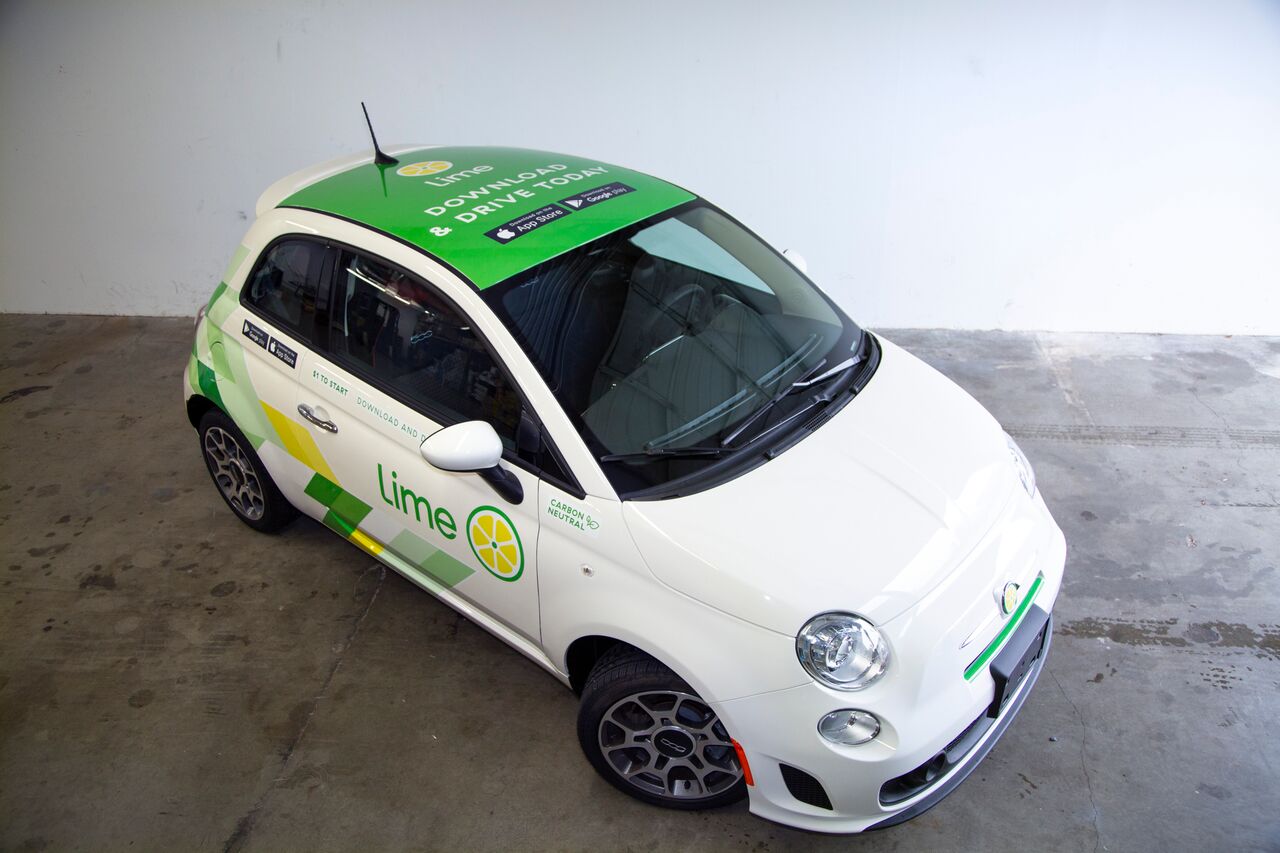 Lime will roll out 50 “LimePods” in Seattle this week.

Founded in 2017 by Berkeley graduates Toby Sun and Brad Bao, the startup has raised a total of $467 million to date from GV, Andreessen Horowitz, IVP, Section 32, GGV Capital and more. Reports indicate that Lime is on the fundraising circuit now, targeting a $3 billion valuation, or nearly 3x its latest valuation.

LimePods will be available to order in the Lime mobile app.

The company is expanding rapidly, most recently releasing a fleet of e-scooters and bikes in Australia, as well as making notable hires on what seems like a weekly basis. In the last month, Lime has tapped Joe Kraus, a general partner at Alphabet’s venture arm GV and an existing member of the startup’s board of directors, as its first chief operating officer. Before that, it brought on Uber’s former chief business officer David Richter as its first-ever chief business officer and interim chief financial officer.

In July, the company hired Peter Dempster from ReachNow to lead the LimePod initiative out of Seattle.