A list of 50-plus companies, including some of tech’s top names, joined forces this week to pen a letter calling out the Trump administration over a reported plan to narrow gender definitions.

Apple, Google, Amazon, Facebook, Microsoft, Intel, Cisco and more drafted the letter (full text below) in response to a recent New York Times story about a planned federal rollback of Obama-era civil rights protections for transgender and gender non-conforming citizens. The move by the Trump administration set off a spate of protests around the world in support of transgender rights, and the response from the tech industry soon followed.

“We oppose any administrative and legislative efforts to erase transgender protections through reinterpretation of existing laws and regulations,” the note reads. “We also fundamentally oppose any policy or regulation that violates the privacy rights of those that identify as transgender, gender nonbinary, or intersex.” 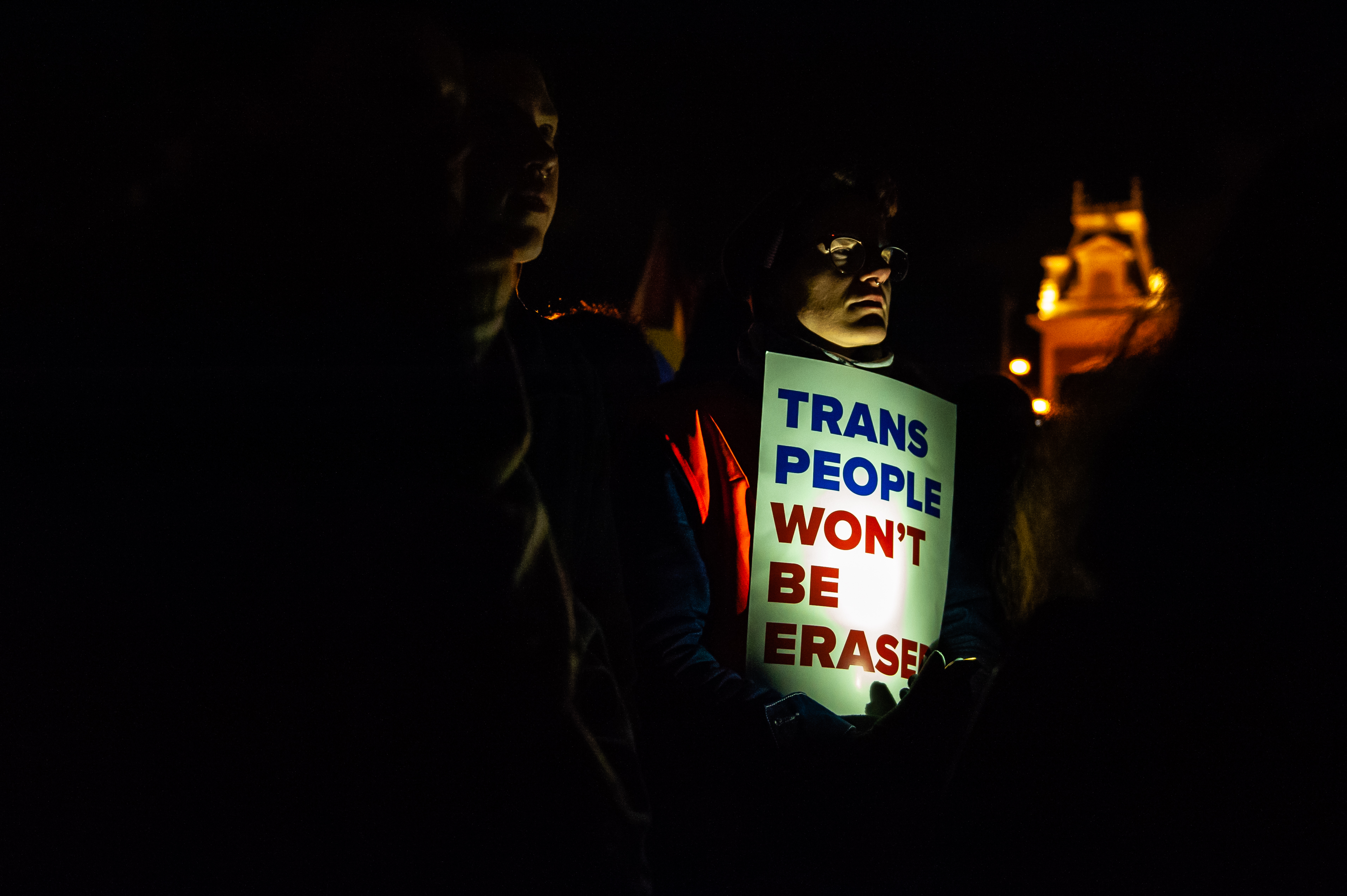 Rights groups and activists are mobilizing against a reported Trump administration plan to narrowly define gender, a move that could dramatically reduce federal protections for and recognition of transgender people on October 28th, 2018 in Amsterdam, Netherlands. In Amsterdam people gathered Sunday night during a rally which was a call-to-action to all to members and allies of the trans, LGBQIA, black and brown resistance, immigrant and social justice movements to stand side by side with trans men, trans women and non-binary & intersex people, and to send a message of resistance and strengthen around the world. (Photo by Romy Arroyo Fernandez/NurPhoto via Getty Images)

The initial Times report stems from a memo proposing that the gender of individuals be solely based on their biological traits at birth.

“Proposed Definition: Sex means a person’s status as male or female based on immutable biological traits identifiable by or before birth,” the memo reads. “The sex listed on a person’s birth certificate, as originally issued, shall constitute definitive proof of a person’s sex unless rebutted by reliable genetic evidence.”

This isn’t the first time a Trump administration LGBTQ policy has united some of the industry’s biggest competitors. In February of last year, Apple and Google among others spoke out against the administration’s plans to roll back Obama-era guidelines surrounding transgender bathroom use in public schools.

Here is the full text of the letter:

We, the undersigned businesses, stand with the millions of people in America who identify as transgender, gender nonbinary or intersex, and call for all such people to be treated with the respect and dignity everyone deserves.

We oppose any administrative and legislative efforts to erase transgender protections through reinterpretation of existing laws and regulations. We also fundamentally oppose any policy or regulation that violates the privacy rights of those that identify as transgender, gender nonbinary, or intersex.

In the last two decades, dozens of federal courts have affirmed the rights and identities of transgender people. Cognizant of growing medical and scientific consensus, courts have recognized that policies that force people into a binary gender definition determined by birth anatomy fail to reflect the complex realities of gender identity and human biology.

Recognizing that diversity and inclusion are good for business, and that discrimination imposes enormous productivity costs (and exerts undue burdens), hundreds of companies, including the undersigned, have continued to expand inclusion for transgender people across corporate America.

We call for respect and transparency in policymaking, and for equality under the law for transgender people.