Just around a week ago, lost item finder Tile announced its new CEO and added Comcast as an investor. But the company isn’t done making changes just yet. Today, Tile is launching new devices that tackle consumers’ most frequent complaints about its trackers – the lack of a user-replaceable battery. Now, Tile’s flagship products, the Tile Mate and Tile Pro, will be powered by coin cell batteries – which Tile can automatically ship to you when they start to run low, via a new subscription program.

“Most of the reviews that ding us are tied to the fact that we don’t have a replaceable battery,” explains Tile CEO CJ Prober, who recently took over the position from co-founder Mike Farley, who stepped away from his day-to-day role at the company. “Users have to go out and buy new Tiles, reattach them, and reactivate them,” he says.”It’s quite a significant barrier to remaining a Tile customer.”

User-replaceable batteries are also a significant departure from Tile’s original vision, which had argued that not having to accommodate a battery allowed its devices to be thinner than rivals.

That’s not to say these new Tiles are big, by any means.

In other words, these are still very small dongles – perfectly sized for keychains, bags, purses, and more. 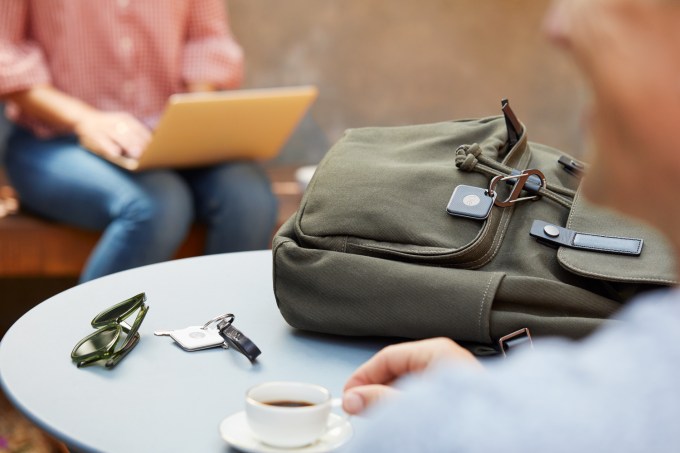 However, Tile’s other device, Tile Slim, designed to slide into your wallet, will not be upgraded today. It will continue to have a non-replaceable battery for the time being we’re told.

To remove the battery from the new Mate or Pro, you use your thumb to push off the small door on the back of the device. With a paperclip, you pop out the old battery and then pop in the new one.

While the battery is the biggest change to the new products, the devices are also louder and have a longer range than before. The Mate’s range is now 150 ft and the Pro can reach 300 ft.

The company says the new Tile Mate and Pro are also louder* than older models. 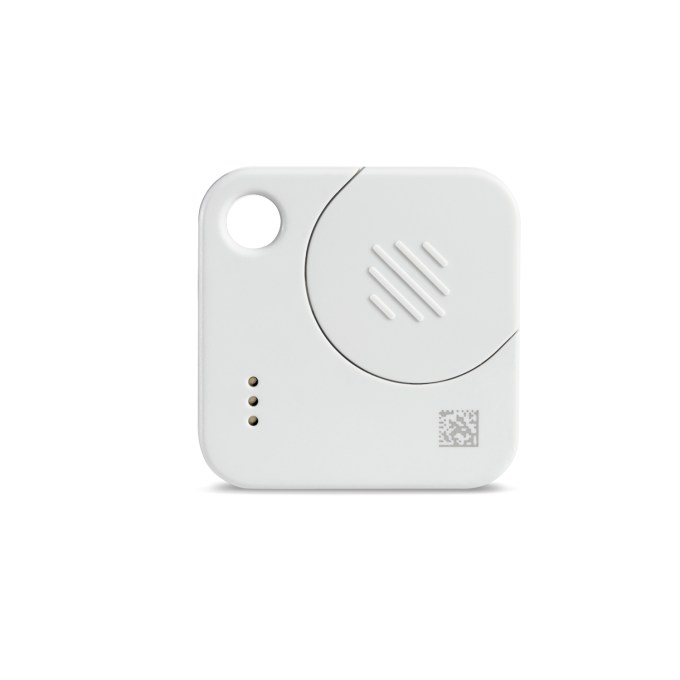 With the update, Tile is also shifting to a new subscription product. The company previously offered a reTile program that offered hefty discounts on new devices when the old devices’ battery died. That’s not immediately ending, Prober says. Instead, customers will be gradually shifted over to the new devices as their old ones stop functioning.

And instead of recycling Tiles, customers will instead be offered a variety of features along with battery shipments. For $2.99 per month (or $29.99 per year), Tile Premium subscribers will receive an extended, 3-year warranty, on-demand customer support via SMS, battery replacements, unlimited sharing (ideal for families tracking devices together), location history, and a “Smart Alerts” feature, launching into beta.

The location history feature will give you a map and list of your Tile’s last known locations over the past 30 days as Tiles ping the server (which they do more often when being moved), while Smart Alerts will help you not to leave items behind.

At launch, Smart Alerts will ping you if you’ve left something behind at your (pre-configured) home address – like if you walk out the door without your wallet, gym bag, work badge or something else you track. Over time, the plan is to support other addresses, too. 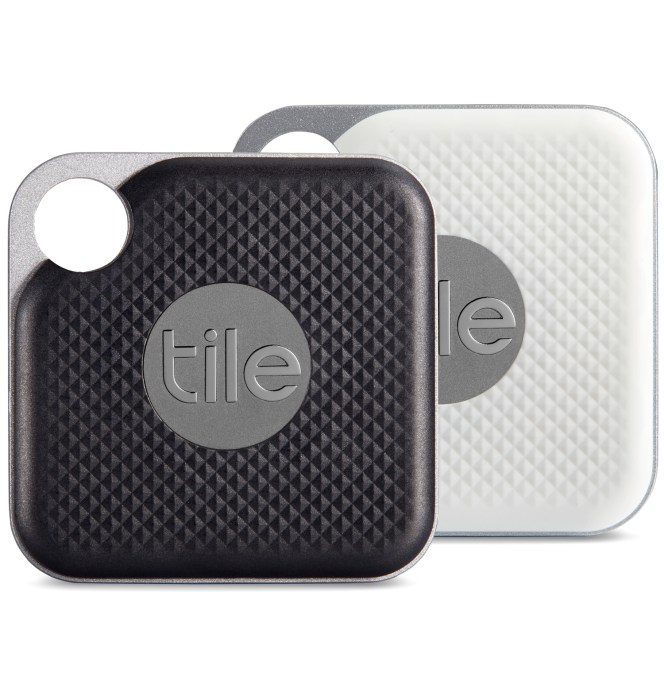 Above: Tile Pro, now in black and white. The pretty white-and-gold one is gone.

Tile Premium will work with any Tile device as well as embedded solutions in partners‘ products, like the Tile-enabled Bose headphones, for example. It’s rolling out first on iOS with Android to follow.

The move to subscriptions aims to capitalize on the sizable market Tile has created. To date, 15 million Tiles have been sold. These connect to locate 4 million items daily with a 90% success rate, thanks the community-find feature that lets Tile work beyond Bluetooth range via a crowdsourced network of Tile owners.

The upgraded Tiles are available today. The Mate is $25 and the Pro is $35.

The products are sold at Tile.com and via major retailers including Amazon, Best Buy, Target, AT&T, Verizon (TechCrunch parent by way of Oath), and others.

*Correction, 10/2/18, 10:00 AM ET: Tile previously provided figures related to the increased loudness of the new devices which were inaccurate, they informed TechCrunch after publication. Given the discrepancies found in Tile’s various press materials and communications with us, we have pulled those figures from this report. The new Tiles are noticeably louder, but we will decline to cite Tile’s claims around how much louder until further testing.