There’s a changing of the guard, and a new strategic partnership, over at Tile, the startup that helps you keep tabs on the location of your things by way of small tracking devices.

Today, the company is announcing that CJ Prober — a longtime exec at GoPro who had most recently been the COO — is taking on the role of CEO from co-founder Mike Farley.

Farley will keep a seat on the board and become a strategic advisor to the company, stepping away from a day-to-day role. 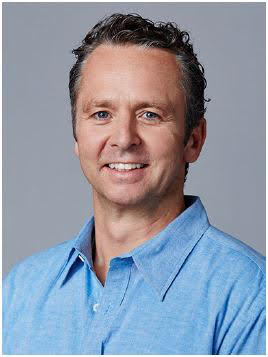 The leadership change coincides with another significant piece of news for the company: US media giant Comcast is taking a strategic investment in the startup that will also become the basis for a long-term product and marketing partnership.

The value of the investment is not being disclosed but a source close to the deal described it as a “sizable investment” made at a higher valuation than for Tile’s previous round. (For some context, Tile last raised $25 million in 2017, at around a $167 million post-money valuation.)

Prober — who had also been on the Tile board for the last seven months — would not comment on whether this might lead to a larger round for Tile, or if it’s a one-off investment. The company has disclosed some $61 million in funding, a total that will now be higher with this new infusion from Comcast.

“We’re well funded,” Prober said. “It doesn’t mean we won’t raise capital in the future, but the current plan doesn’t require it.”

Both pieces of news come just as we start to inch into the holiday sales period, a key time of year for consumer electronics companies.

Tile specifically will be looking for a turnaround after a disappointing holiday season, and subsequent layoffs, in 2017. With over 15 million of its square devices to date and accounting for some 95 percent of the market in the US (according to estimates from NPD), Tile is considered the leader in its category in key regions like North America.

But after a hugely successful early entry into the market by way of a Kickstarter campaign, Tile has also faced some hard truths.

There are now a number of me-too products out there — some of which have had their own struggles in hitting sales projections, which has led to some of those competitors exiting the consumer device tracking market altogether. And as we see a greater proliferation of “dumb” objects transform into a new generation of “connected hardware,” many of these devices are now coming with their own location-tracking technologies — or, for example in the case of smart locks, may no longer require users to keep track of physical items at all — making a product like Tile less essential.

In an interview, Prober said that his time at GoPro — which has also had its share of struggles — “really did expose me to the opportunities and challenges that come with consumer hardware”, and he’s hoping to use some of that experience to help Tile take itself to the next level as a product business.

The “primary use case” for Tile, as Prober describes it, has been finding keys — and the strength of that has helped the company establish a global community that powers Tile’s location-finding platform, with some 4 million Tiles active each month across 230 territories, according to Prober.

The next steps will be to create an even stronger network of nodes that do not have to rely on active Tile users; and to start creating other kinds of tracking services that might not even rely on the Tile fob itself, or even the use-case of finding lost items.

“We’d like to embed Tile technology into anything that already uses Bluetooth,” he said, citing a deal with Bose from earlier this year as a template it would like to continue to develop. And the company is also rethinking how it can use its device tracking technology to help customers with more than just locating items when they get misplaced (more on that to come next month, from what I understand).

The Comcast deal is also part of that strategic continuum. When it’s not outbidding Fox to buy broadcasters in the UK, the company has been focusing on how it can build out a more central role for itself in the connected home, as a way to help differentiate itself from the rest of the pack of media and broadband providers in its home market of the US.

Comcast has launched voice-controls for connected home services using its X1 Voice Remote, smart home automation, and even an early partnership with Tile. The investment will help the two build on that by putting Tile tech into its network of devices — namely remotes and set-top boxes — to create more access points to use the Tile location-tracking technology. And then two plan to co-market each other’s products.