The city of Paris has disclosed that Airbnb handed over nearly €1.2 million in tourist taxes in the last quarter of 2015. The actual figure was €1.169 million euros ($1.310M), generated by 1.4 million overnight stays during this period, according to AFP.

Last summer the startup agreed to start collecting and remitting a tourist tax fee in Paris of €0.83 per person per night, starting from October 2015. So the Q4 figure is the first quarter of official tourist tax revenue the city is receiving direct from Airbnb — rather than relying on Airbnb hosts to remit the fee.

Of course Airbnb claims the net contribution of its business to city and national economies is far greater than any direct tourist tax remittances it makes (for example the director of Airbnb France has claimed it contributes some €2.4 billion to the French economy). But it’s interesting to see the first direct revenue figure from the tourist tax charge in Paris. Annually Airbnb is expected to generate around $5M in tourist tax revenues for the city.

Paris is notable for Airbnb as it’s by far the most popular city for home-sharing on the platform — with some 50,000 homes listed there — far ahead of the next most listed cities, New York and London. The startup has also struck agreements with city authorities in Amsterdam and several cities in the US to directly remit tourist taxes.

However Airbnb is facing pressure and crackdowns in other cities, such as Barcelona in Spain, where its platform is perceived to be contributing to problems with local housing supply owing to commercial hosting driving up the cost of housing in local communities. 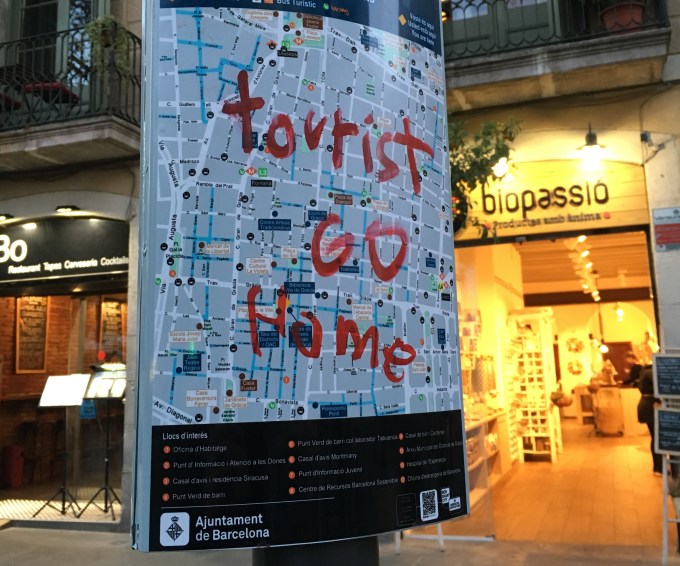 In November Airbnb pledged to increase transparency about hosts on its platform and hand over more data to help governments combat non-casual hosts.

However the announcement was criticized as lacking substance — and a subsequent data release by Airbnb came with some rather less-than-transparent stipulations, such as being made available to journalists only on request and by appointment at its offices (rather than being published online).

A Verge analysis of the released data for New York also suggested commercial hosting does indeed play a significant role in Airbnb’s business — and thus that the platform contributes to taking housing stock off the market.

So while being seen to generate direct tourist tax revenue for cities gives Airbnb a way to sell the value of legalizing its platform to cities, if it’s simultaneously perceived to be driving up rents for locals, exacerbating housing shortages and threatening existing communities then its regulatory challenges aren’t going to dissolve overnight. Not without Airbnb taking a far stiffer stance on commercial hosting on its platform.

Airbnb confirmed a $1.5 billion funding round back in December, with a valuation at or above $25 billion. Doubtless a good chunk of that financing will go towards trying to wrangle with regulatory variations in its different markets.