It’s no longer sufficient in venture capital for firms to wait for companies, people and trends to come to Sand Hill Road. Seeing a startup on Demo Day at Y Combinator used to be the pipeline for scouting an early deal. But these days, YC companies are raising from angels before demo days. This is a sign of the times in the venture world. To start competing for deals, VCs have to be prospecting people, companies and trends well before events like Demo Day. And how are VCs trying to do this? Through complex data mining and pattern recognition.

In the past two years, Sand Hill Road has seen a number of changes, including the explosion of angel and seed-stage investors, the agency model that Andreessen Horowitz is building, and rise of the operator VC. The latest trend is the role of the data scientist within a firm, and how a firm’s data is being used to help VCs scout better deals and entrepreneurs and eventually create better returns for their LPs.

“The venture capital industry had previously been a closed network, where a handful of funds had access to the Googles and Facebooks of the world,” says Chris Farmer, a VC who has held investment roles at General Catalyst and Bessemer Venture Partners, who is building a new fund fundamentally based on data. He’s building the platform and plans to start raising a fund early next year that will intelligently take the massive amount of data available to investors, such as information from CrunchBase, social media, web metrics and a number of proprietary data sources to identify the best opportunities and be able to add value to companies in a scalable way.

As Farmer explains, it used to happen that deals came to VC firms based on their past deals (i.e. Google or Yahoo) and through an investor’s previous network (i.e the PayPal mafia). But entrepreneurs are no longer forced to flock to VCs for the first check, because they can now also raise the modest capital they need from angels, seed funds and accelerators. In the web and mobile world, the bar (and price tag) is also lower to build a company. There are more startups launching in the current climate than there ever have been before. Sites like AngelList are connecting founders to investors (and now coordinating financing, as well). “VCs are no longer the gatekeepers, and the entrepreneur has more leverage,” he says.

With this fundamental shift taking place in the industry, many VCs are turning to data as a way to keep a competitive advantage. If they can do deep data mines on potential entrepreneurs to look out for or what unknown and bootstrapped apps are performing well on the App Store, investors can reach founders at an earlier stage, foster a relationship and, fingers crossed, be the firm that nabs the Series A round.

What are the kinds of data that VCs are parsing through? There’s the basic signals like Compete and Alexa data, as well as App Store and Play Store data and rankings. VCs are also combing through sites like LinkedIn to scout talent on who could be starting a company and paying for data streams of SEC filings, and other forms of public financial data from sources like CB Insights, Venture Source and others. And VCs have been flocking to our own CrunchBase, which now has 1.6 million data points on companies, entrepreneurs, fundings, exits and more.

There’s no doubt that every well-known VC firm is trying to figure out how to use data intelligently. Some want to talk about it and some don’t, obviously for competitive reasons.

Google Ventures was one of the first VC firms that started to take a quantitative approach to investing. The firm’s Managing Director, Bill Maris, tells TechCrunch, “I don’t know of any VC fund that was looking at data before we started investing in 2009. Venture was traditionally a qualitative business and ignored the quantitative possibilities. Google is a data company, and many of us worked at Google previously, so naturally the way we look at investing and tackling problems is from a quantitative perspective.” 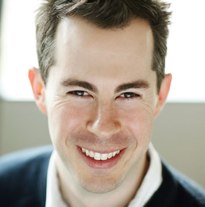 As Maris explains, the firm was founded on the belief that more data and information will help make better investment decisions. And it was only natural to build a data team in-house at the firm to study information and trends around entrepreneurship. Google Ventures brought on Excite co-founder and Google-acquired JotSpot co-founder Graham Spencer as its engineering director to help lead a team of engineers and data specialists that collect, analyze and draw insights from large data sets. Maris adds that it helps that the firm has the full statistical resources of Google when it comes to tackling these big data sets. “There aren’t too many problems that someone at Google hasn’t seen when it comes to data analysis,” he says.

“There is always a qualitative element to decision-making in venture capital,” says Spencer. “We’re trying to give investors a toolbox to use when making a specific decision about a company.” He says there are a number of signals you can mine and draw patterns from, including where successful entrepreneurs went to school, the companies they worked for and more. Other areas where data can be helpful is how Google Ventures should allocate its money, whether that be at the seed stage or at the late stage of financing.

He says one example of some of the data mining is building a network map of VCs themselves, analyzing syndicates of VC money going into specific companies, seeing which VCs are more successful, and which combinations and collaborations produce better outcomes.

Maris believes that, while relationships also matter in making sound investments, part of better decision-making when it comes to investing is collecting data and information. “We think what we are doing is the right thing and is leading to better outcomes, but it’s not the only way to do it…we came up with a new way to use data and apply this to the VC business. And most of the startups we fund are data startups, so we drink our own Kool-Aid. We would be foolish to ignore big data and the potential behind analyzing large data sets.”

Greylock partner and former CEO of Mozilla John Lilly is a firm believer in using data to spot trends, traction and even startups.

“We are using quantitative insights to make qualitative decisions,” he says. “VCs are more quantitative now than they have ever been…Data helps in two places. On the front end, it helps you figure out where to look for the next big thing or entrepreneur. On the back end, it can help us understand and validate potential hypotheses.”

Similar to Google Ventures, Greylock has built a data team that currently includes Brendan Baker, one of the early employees of AngelList. Greylock COO Tom Frangione tells us the firm is starting to build data analysis tools internally. Lilly says that when it comes to analyzing traction, the firm looks to signals like App Store rankings by country, Twitter mentions and data, the deltas between the Google App Store and the Apple App Store, engagement (i.e. how many members used a given app five days out of the week) and more.

Lilly brings up the interesting point that not all signals point to investment opportunities. For example, over a year ago, the growth curves in terms of engagement and traction of social and mobile video sharing apps were looking the same as Instagram’s growth curves (Lilly was an investor in Instagram before it was sold to Facebook). He adds that intuition comes into play here as well. Clearly mobile video sharing has not seen an Instagram-like exit, and several startups in the space, like Viddy, have gone through turbulent times. He says that while the qualitative data pointed toward mobile video sharing becoming an Instagram-like hit, the qualitative decision would kick in not to invest in any of these startups.

“It’s really about matching data with insight. You start and end with a qualitative thesis and decision but data can support or invalidate this thesis,” he says. 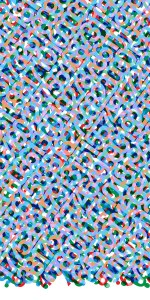 Mike Maples, longtime investor and founder of Floodgate and Maples Investments, is a strong believer in looking at data in the investment world but believes that the discussion around VC and data is framed the wrong way. He explains that if you take a look at the data behind which technology companies are successful, the Power Law comes into place. In a given year somewhere between 10,000 and 20,000 companies raise angel funding, on average 5-10 companies generate the vast majority of investor returns in a given business, and 80 companies are created yearly that are worth more than $50 million, he says.

He’s examining and takes a deep data dive on what causes some companies to be in the top 10 of those investor returns, and find some sort of pattern recognition. Floodgate currently employs its own in-house data scientist who is referred to as the chief hacker.

“In the early days of technology it was about finding who are the smartest people in a given space and identifying a few signals” he says. But over time that has changed, and now VCs have become more systematic on finding the right signals on what will be the next Facebook or Google in an algorithmic way.

But Floodgate’s differentiation when it comes to data, Maples maintains, is that the firm’s primary focus is not on running an algorithm against the App Store, LinkedIn, or CrunchBase but on mining patterns from the most exceptional companies from the past.

Long before there emerged data-focused companies like Google, there was Kleiner Perkins, which was founded in 1972. But while the firm is an institution on Sand Hill Road, Kleiner is also attempting to participate in the new quantitative movement in the VC world. Kleiner partner Chi-Hua Chien tells us that partners and associates use a proprietary data-mining software called Dragnet.

The application was built initially in mid to late 2010 to ingest tweets and the mentions of the top 1,000 Klout influencers in startups and technology. Dragnet was basically just charting which startups and companies were getting mentioned by influential people. The firm then added App Store data, Google Play Store data, Facebook platform information, AngelList startups and much more, he explains.

“Dragnet has been extremely good at predicting which companies are going to become interesting,” he says. Especially when it comes to consumer startups, Chien says that the app serves as an early warning system. However, because it is tracking more consumer-focused data (i.e App Store traffic), this doesn’t apply to enterprise or life science startups.

Similar to how Lilly feels, Chien thinks that there is still a qualitative aspect to the venture world that will never diminish.

“To be a great VC, you need a deep understanding around markets, people and products, and that understanding will drive the final investment decision,” he says. Data can be the signal that helps identify the trend or the company, he adds.

DFJ weighed in as well, explaining that the firm analyzes its financial and investment data to determine what has brought the most return, helping partners figure out which companies perform best. DFJ has also mined data to support specific sectors, round of funding, investment size, and a team headcount that has performed best and then targets startups based on this profile

Bloomberg and Thomson Reuters have made multi-billion dollar businesses from charging premium prices to data-hungry public investors. With an increasing appetite for data on Sand Hill road, will the same happen in the VC world? For now, most VCs will continue to rely on what’s publicly available, perhaps until a clever startup packages something better.