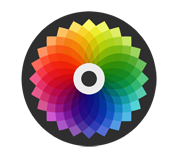 By now, everyone and their dog have been able to form and voice their opinions about the $41 million in early-stage funding raised by mobile photo sharing app developer Color.

Of course, it is a heck of a lot of money, put in ahead of the actual launch and early user reception of the product to top things off, so evidently most people will deem it a frivolous investment.

Only time will tell if it is, or if it’s instead a genius move.

In the interest of feeding those that see the financing round as one of the most apparent signs of a major bubble in technology, consider this: the company spent more money acquiring the domain name color.com than most startups will raise in their lifetime.

As pointed out by industry blog Domain Name Wire, the fledgling company bought the domain name for $350,000 from its previous owner. The sale of the domain name, which was brokered by Go Daddy, was initially reported in December 2010.

For your comparison: Y Combinator provides seed funding for roughly 20 startups with the capital required to make such a purchase. Heck, 100x that money got Yahoo Flickr.

Update: and as Rafat Ali points out in the comments, they also bought Colour.com, which means they probably spent close to $500,000 for the pair.

Of course, one needs to recognize that the domain names are now company assets and that the money wasn’t ‘burnt’ – the startup can always sell them for a good price even if they fail.