It’s been exactly one month after Diaspora, which aims to become an open Facebook alternative (much like OneSocialWeb and others) raised just over $200,000 in funding from Facebook CEO Mark Zuckerberg and others through Kickstarter.

Since then, it’s been quiet, but the team of four NYU students has been making some progress in actually building the system.

In a blog post, Maxwell Salzberg updates the world on its progress, including the fact that they’ve set up their offices inside the Pivotal Labs building (and gotten some product advice from the company as well).

More interestingly, the guys have been coding, too.

What have we been working on?

During June, we have been focusing on developing a system for passing different forms of information in between seeds. When you post a status message on your seed, it gets pushed over HTTP in real time to all of your friends.

We have also started to build the latest and greatest in web standards into Diaspora. Websockets are already in the Diaspora core, and any Diaspora plugins will be able to have rapid two-way functionality, (think chat, games etc) almost effortlessly!

Understandably, they still have a long way to go to turn its vision of a completely decentralized social networking platform, as you can tell from the rest of the blog post, although they say they’re already ahead of schedule.

This is what’s planned for the near future:

(Thanks to Len Kendall for the tip)

Here are two early videos and some screenshots that show how far they’ve gotten since their fundraising session closed. 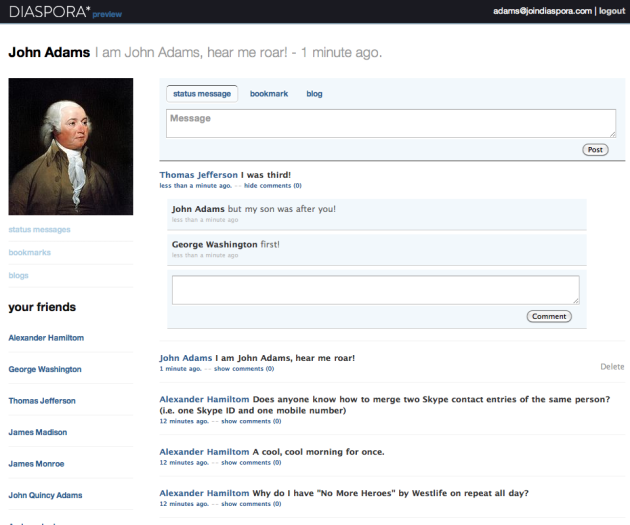 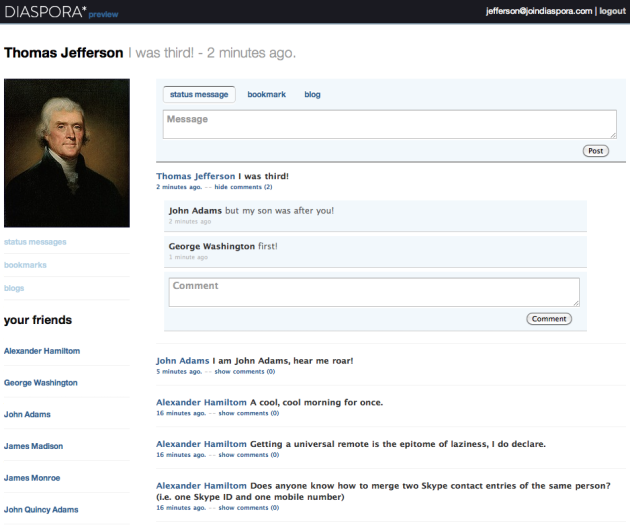 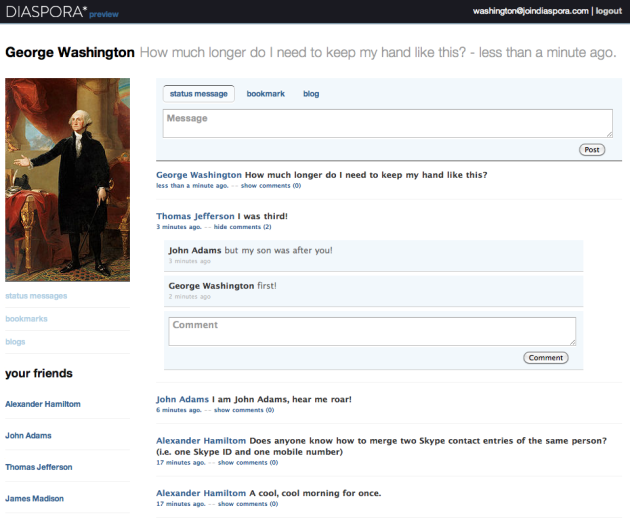