Germany is particularly exposed to the energy crisis triggered by the war in Ukraine as it remains heavily dependent on Russian gas imports — meaning consumers there face soaring gas bills.

And while the country’s political leaders remain under huge pressure to find ways to quickly migrate to alternative energy sources to stop sending money to Putin’s regime, German householders don’t appear to be hanging around: Zolar says enquiries about installing solar systems have more than quadrupled this year — following rising energy prices.

The startup’s pitch is it’s democratizing access to solar energy and reducing complexity for consumers — by offering an online configurator it says is unique in the industry which provides homeowners with an easier way to buy customized solar installations online, or lease them for a small monthly fee.

The 2016-founded business had raised €59 million prior to this raise, per Crunchbase. Its network of small solar installers also recently benefitted from $23 million in support from eco-focused search engine, Ecosia, which announced in March that it would be funnelling a portion of the profits it generates from search ads into clean energy locally, in addition to planting trees, to help accelerate Germany’s transition away from fossil fuels.

To meet what it describes as “unprecedented” demand for solar from German households, Zolar says it will be substantially expand its Craftship Partner Network of currently 500 local craft businesses — to 3,000 by 2025 to increase installation capacity for solar energy.

It also plans to use the Series C funds to open a training centre this year to tackle the renewable sector’s skills gap and train workers in a qualified fast-track process to meed demand for the energy turnaround.

The investment will also fund the roll out of new digital energy products — with Zolar giving the example of a smart control feature which will enable its app to recognize the best time to charge an electric car and start doing so automatically.

“Among others the company’s app will be expanded to include an energy management system and a dynamic electricity tariff,” it writes in a press release. “The app will intelligently control the solar power supply of homeowners while maximising their energy independence and cost savings.”

Commenting in a statement, Alex Melzer, CEO and founder, added: “Our goal is to supply 10M households in Europe with either a solar system or renewable energy by 2030. The climate crisis, energy security issues and the rising cost of fossil fuels mean we must move very quickly. By offering a fully digital experience and making it as easy as possible to get started and use solar energy, we help people go green, become energy independent and save costs.” 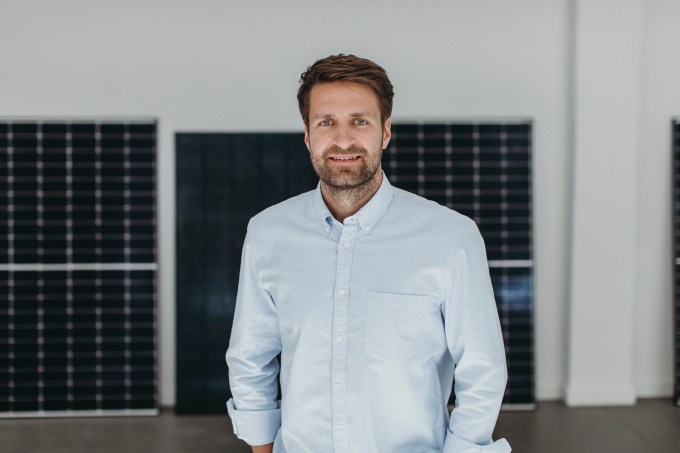 “There are 16 million roofs on single and two-family homes in Germany. More than 14 million of them are still without solar systems. Putting solar panels on these houses will drive Germany’s independence from coal, gas and oil,” he also noted.

In further supporting statements, Zolar’s investors underscored the role that rising demand for solar energy can play in helping humanity tackle the climate crisis and have a chance of a sustainable future.

Matthias Dill, managing partner Europe at EIP, said: “The demand for green energy will steeply accelerate in the world’s efforts to a net-zero future. Climate tech will drive the modern economy accelerating the transition to net-zero greenhouse gas emissions. Our investment in zolar is part of our mission to support startups worldwide that are resolutely driving the path to a sustainable future.”

“Our investment into Zolar is a testament of GIC’s support of green innovation and the clean energy transition. During the coming decades, climate change will define investments speeding up the carbon transition. Zolar helps homeowners to significantly reduce their carbon emissions, which is vital to the global decarbonisation efforts,” added Choo Yong Cheen, chief investment officer of Private Equity at GIC.